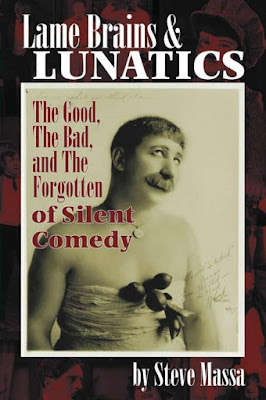 It’s been said confession is good for the soul.  So here’s mine: I purchased a Kindle edition of my Facebook amigo Steve Massa’s Lame Brains & Lunatics: The Good, the Bad, and the Forgotten of Silent Comedy on August 9, 2013—if what Amazon.com says is true, and I have no reason to believe they would ever lie to me…he said, rather unconvincingly.  As you can see by the date of this blog post, it’s been three years since I’ve gotten around to devouring its contents.  So I’ll state up front: this is no reflection on Steve’s indispensable reference book.  I’m just lazy. 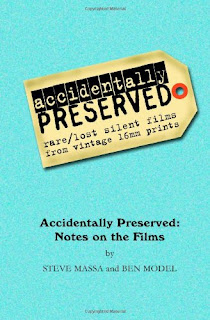 Not that I’m unfamiliar with Steve’s exemplary silent film comedy scholarship.  He’s one the very best, and if you’ve been thinking about investing in any of the Accidentally Preserved DVDs (collections of previously thought one- and two-reel comedies) from Ben Model’s Undercrank Productions, you’ll want to pony up the additional scratch (only $5.95—a mere bag of shells, as The Great One would say) for the companion guide, also co-written by Massa.  He put together a similar guide for The Mishaps of Musty Suffer DVDs, too.  (Some of the material in Lame Brains & Lunatics overlaps with the information provided in these guides, but that’s certainly understandable.)

Let me approach this from the viewpoint of someone who’s just been introduced to the wonders of silent movie comedy.  Steve’s Lame Brains & Lunatics goes beyond the parameters of what film historian and friend of TDOY Richard M. Roberts (and others) often calls “the big three”: Chaplin, Keaton, and Lloyd.  There were a number of unsung clowns who diligently worked hard to make audiences laugh in the silent era, and for various reasons (chiefly the inconvenient truth that a lot of their work has been lost to time and neglect) they’re not well remembered today.  You can make a strong argument that some of them are well-deserving of their obscurity (that’s whom Steve refers to with the “Bad” in the book’s sub-title) but too many of them were talented practitioners in the art of mirthmaking, and Massa has made it his mission to chronicle their careers in a respectful fashion. 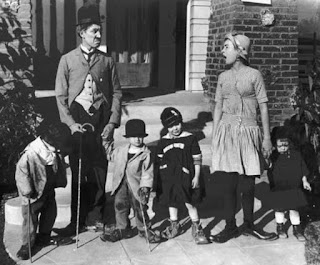 Ever hear of Billie Ritchie?  Truth be told, I wasn’t well acquainted with him either until I picked up Steve’s book; I probably had him confused with Chaplin imitator Billy West.  Ritchie is often classified as in the same Chaplin-aping league as West, but as Massa observes “Billie had a long stage career before Charlie became famous.”  Ritchie was once a member of the Fred Karno company (as was Chaplin), and even claimed to have originated Charlie’s Tramp character.  “I was amazed to discover that not only is Ritchie different from Chaplin,” Steve writes, “but also that he deserves his own place in silent comedy history for presenting possibly the most low-down, despicable, and unlikable character ever seen on the screen.”  This is saying a lot: Billie Ritchie even outdoes well-known misanthropes as W.C. Fields (who at least had a twinkle in his eye when he was conniving and scheming).  Massa generously provides a filmography for Ritchie (in addition to other select funsters) toward the end of the book; I glanced at the titles and didn’t see anything I recognized other than Live Wires and Love Sparks (1916) so it’s clear I need to track down more of his films. 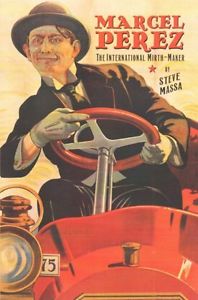 Funny ladies also receive prominent chapters in Lame Brains: Alice Howell, Gale Henry, Fay Tincher, etc. (which reminds me: Steve's next book will be Slapstick Divas...and it will be due out soon, so keep an eye out for it)—I’ve a passing familiarity with their work since a few of their shorts are spotlighted on the out-of-print Image Entertainment DVD set Slapstick Encyclopedia (released in 2002).  I particularly enjoyed reading a chapter on Marie Dressler, since I had the foresight to DVR a few of her features before Rancho Yesteryear’s DISH austerity program kicked in (I loved Marie in Reducing…Polly Moran—not so much).  In addition, the careers of Roscoe Arbuckle and his nephew Al St. “Fuzzy” John are examined…not to mention Max Linder, Marcel Perez (the subject of another book by Massa, and a companion guide to Undercrank’s The Marcel Perez Collection), and George Rowe.  The title of a section on one of my favorites here at TDOY, Charley Chase, reads “Comedy’s Best-Kept Secret” (so appropriate) …and you’ll not only learn about Our Gang but the myriad of kiddie imitators that attempted to duplicate the troupe’s success. 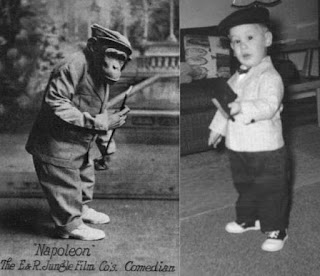 You know the old cliché about someone “knowing their onions.”  That describes Steve Massa to a “T”; Lame Brains & Lunatics is meticulously researched and sourced (a list of reference works is provided at the conclusion of the book), and Massa’s knowledge of his subject is nothing short of amazing.  I chortled out loud when I read a line attributed to Steve by one of his friends: “You’re more interested in the peel than the fruit.”  This is not necessarily a bad thing.  (I also enjoyed how he described the mantra to his childhood as being “movies, monsters, and comic books.”  That sounds awfully familiar.)

Film historian/archivist Eileen Bowser contributes a foreword to Lame Brains & Lunatics (as a one-time curator for the Museum of Modern Art, she tells a wonderful anecdote about the first she encountered Steve), while Sam Gill—co-author with Kalton C. Lahue of the seminal silent film comedy reference book Clown Princes and Court Jesters—has the final say.  In between, however, is the sensational work of Steve Massa; this book is essential reading for the silent comedy fan.  I only regret it took me so long to find out.
Posted by Ivan G Shreve Jr at 7:00 AM