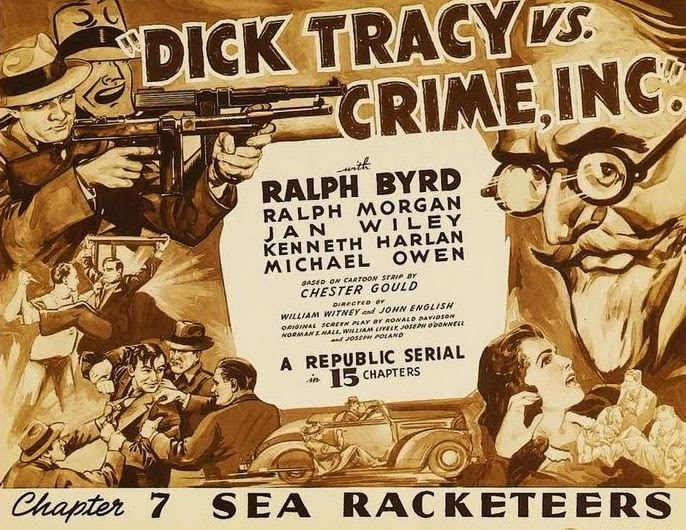 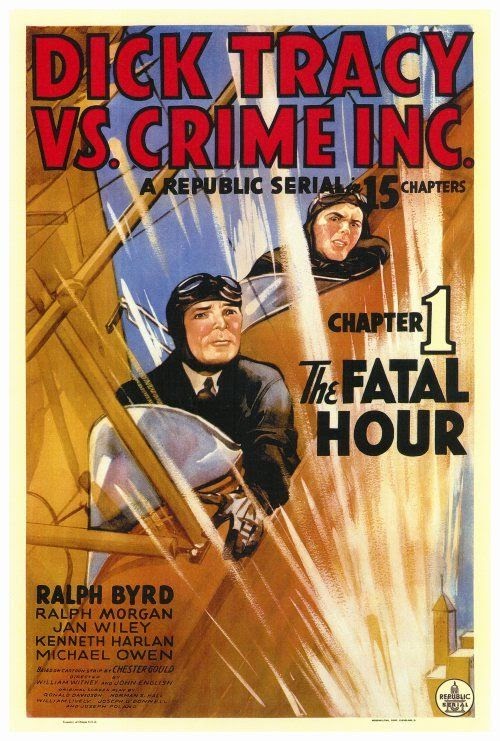 By the time Republic rolled out Dick Tracy vs. Crime Inc. in 1941, the property had strayed far afield from its comic strip roots. All of the supporting characters were gone, even those who had appeared in previous outings. The sole remaining consistency was Ralph Byrd in the title role, still playing famed G-man Dick Tracy.

This time, Tracy squares off against a masked villain known as The Ghost, so called for his power to become invisible. Thanks to inventive genius of his henchman Lucifer (John Davidson), The Ghost possesses an amulet (it looks like an oversized peace sign from the 1960s), and in conjunction with a special ray projector, it renders its wearer invisible. However, the power comes with a whining sound, alerting our heroes that The Ghost is near.

To conceal his true identity when not invisible, The Ghost wears a black face-mask (or a black-face mask, if you will; he looks as dark as Bill Duke). It soon becomes apparent that The Ghost is a member of the Council of Eight, a secret enclave tasked by the authorities with rooting out crime. As a member of the council, The Ghost managed to hinder the capture of his own brother, Rackets Regan. But the law eventually caught up with Regan, and now The Ghost seeks revenge on the council for sending his brother to the electric chair. 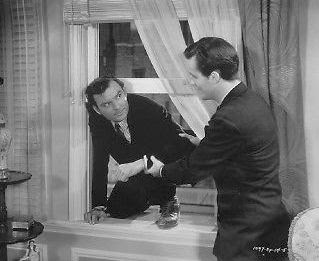 Tracy is joined in his investigation by his assistant Billy Carr (Michael Owen) and June Chandler (Jan Wiley), whose father was the first of The Ghost’s victims. One by one, the council members are eliminated, until only two remain. Even so, it’s not until the absolute last minute of the final chapter that The Ghost’s identity is revealed, almost as it the writers weren’t sure themselves.

As the last of the Dick Tracy serials, it becomes readily apparent the series has run out of steam. Many of the more exciting cliffhangers are lifted in their entirety from previous Dick Tracy serials. It may have been less noticeable when originally released, but today, after watching all four serials within a matter of months, it’s pretty obvious.

The serial also makes use of footage from the RKO Pictures film Deluge (1933), in which a massive tidal wave strikes New York City. Regardless of how hokey it may appear today, it certainly raised a bar by 1941 standards. The thrills and action come fast and furious in true serial tradition. For an old-fashioned crime buster adventure, one could do a lot worse. 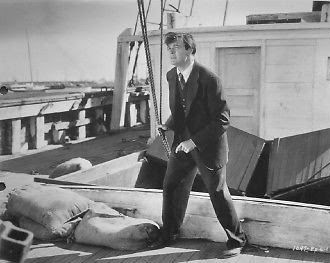 Though this would be the last of the Dick Tracy serials, it was by no means the end of Ralph Byrd as Dick Tracy. For the next several years he continued in various bit parts, while two new productions, Dick Tracy (1945) and Dick Tracy vs. Cueball (1946), featured Morgan Conway in the role. The legend is that exhibitors complained; to them, Byrd was Dick Tracy. RKO accepted this and hired him to finish the series, beginning with Dick Tracy’s Dilemma in 1947, followed by Dick Tracy Meets Gruesome in 1948.

These stories, only an hour in length, were much closer to the comic strip version, featuring familiar faces such as Pat Patton, Tess Trueheart and Vitamin Flintheart.

Byrd would later star in a Dick Tracy TV series beginning in 1951 until his untimely death from a heart attack a year later.
Posted by Ivan G Shreve Jr at 8:00 AM

The Republic serials may have annoyed some fans of the comic strip with the changes (making Tracy an FBI agent instead of a city police detective, and eliminating most or all of the strip's supporting cast). But they had enough fights and chases to satisfy movie-goers who just wanted action.

IIRC, the tidal wave footage from "Deluge" was also used in the first Rocket Man serial in 1949.