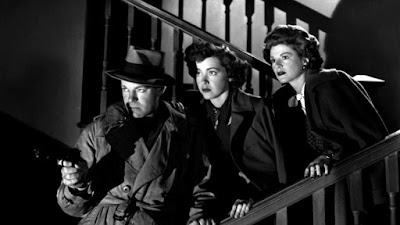 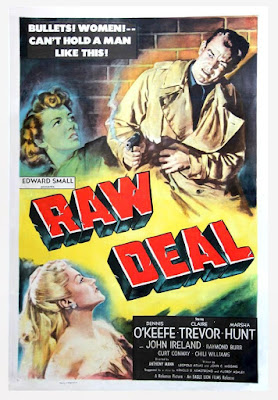 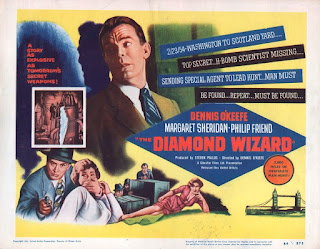 While none of O’Keefe’s films stand out as exceptional thrillers or film noir, they’re pleasant diversions for those that haven’t seen them before.
Posted by Ivan G Shreve Jr at 8:00 AM

You've made a lot of women happy in one fell swoop. O'Keefe has quite the following among some gals I know.

I love Anthony Mann's Westerns, but wasn't sure what to expect when I first saw RAW DEAL. But it blew me away. Yes, Raymond Burr is one of the all-time great villains--his scene in the restaurant is a real shocker.

There are three things that make Raw Deal a particular standout among these films.

In no particular order:

I know I've said this before, but since one of my earliest TV memories is of Perry Mason, it was a real shock to me to find that Burr was typecast as a heavy in so many 50s' B-films. And he was a damned good one, too. (Which I'm sure is why he was typecast.)

I would also like to invite you to participate in my upcoming blogathon. The link is below