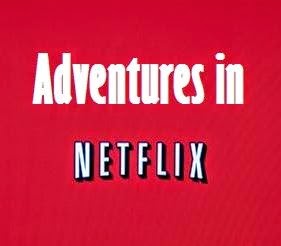 As you’ve no doubt noticed, there are quite a few old newspapers piled up in the driveway of the blog…and while I have been occupied with an outside project or two, the inactivity is due mainly to sloth, which may very well be my favorite of the Seven Deadly Sins.  Okay, maybe I’m being a little harsh on myself.  I’ve written a piece or two at the Radio Spirits blog—commemorating the anniversaries of Night Beat and The Adventures of Superman—and that review of Without Warning! (1952) I alluded to in my last post is now up at ClassicFlix…though this is cheating a bit; I wrote that last year.

I’ve not been idle in the movie-watching department, however; I took advantage of the Netflix trial period to catch two documentaries that I had read about in past reviews and mentally attached to my “must-see” list.  Ken Burns’ The Central Park Five (2012) was most assuredly time well-spent (my father had a dissenting opinion, and rose from his recliner about a half-hour into the movie), but I can’t say the same for Room 237 (2012)—a quirky offering that reads entirely too much into Stanley Kubrick’s The Shining (1980) (one individual posits that Shining is an allegory about the genocide of Native Americans while another argues that it’s an admission that Kubrick faked the moon landing for the television audience back in 1969).  I probably would have enjoyed 237 more if I had a higher opinion of Shining, whose cult has eluded me ever since I saw it back in the day.  I also watched a couple of movies that I DVR’d during a free Showtime weekend: Lee Daniels’ The Butler (2013) features a performance from Forest Whitaker that surpasses his Oscar-winning turn in The Last King of Scotland (2006) (seriously, he’s first-rate…but the film itself has problems).  I was also amazed at how much I enjoyed Philomena (2013), which I didn’t think I would but I identified most strongly with Steve Coogan’s atheist journalist, who lends a helping hand to a woman (Judi Dench) who had her son stolen from the nuns at the convent in which she was placed after her teen pregnancy.  (I recorded this one for Mom, who’s quite the fan of Dame Judi; she loved it, and even my Dad stuck around for it.) 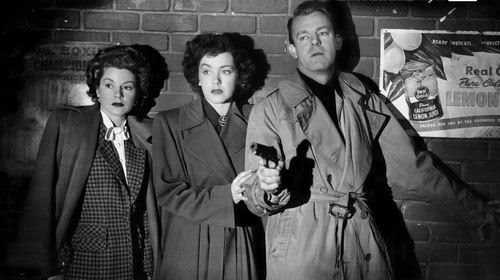 In the classic movie arena on Netflix, I got to see Raw Deal (1948) in its entirety; the first time I watched it back in the 90s I dozed off a couple of times due to lack of rest.  (Sensational noir with TDOY faves Claire Trevor and Marsha Hunt.)  I also enjoyed The River’s Edge (1957), which a couple of folks recommended to me via Facebook after I posted a link to a Salon.com article about the other River’s Edge (from 1986), which I revisited at about the same time (DVR’d it from the MGM HD channel).  The 1957 Edge features Ray Milland at his nastiest, though I was so underwhelmed by Anthony Quinn I was kind of hoping sexy red-headed Debra Paget would wind up with Ray.  (I always forget Paget is in House of Strangers, which I caught on Fox Movie Channel this morning.)   The bulk of the classic movies I’ve caught lately emanates (of course) via The Greatest Cable Channel Known to Mankind™, where I’ve been in the throes of a mini-John Barrymore festival with viewings of Svengali (1931), The Mad Genius (1931) and Counsellor at Law (1933; this one is a piperoo).  I’ve been trying to “clean up” the DVR of late; I caught Doubt (2008) courtesy of TCM (good performances but I wanted to hit Meryl Streep’s nun with a ruler) and Todd Haynes’ Douglas Sirk homage Far From Heaven (2002) via Cinemax (another movie that I thought would be cinematic vegetable but instead was a most gratifying experience). 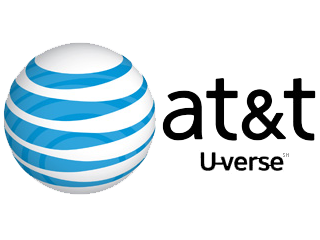 I also mentioned in the last blog post a bit o’trouble with the AT&T U-Verse people.  We signed up with U-Verse in mid-January of 2014, and both Los Parentes Yesteryear and I knew that when our year was up, the amount of money we generously give them each month to maintain contact with the outside world would increase…so I called U-Verse to see if I could do a little shrewd horse trading.  AT&T and other cable-like folks really don’t want you to leave; when you call them and state “We’re going to cancel our service” they immediately transfer you to what they call a “retention specialist,” who’s prepared to do whatever it takes to keep you doing bidness with them.  Mostly lying their asses off.  (Oh, I forgot to explain this to Mom the day I called U-Verse, by the way; I thought she was going to have a heart attack when I said “We’re going to cancel our service.”)

The U-Verse rep explains to me that if we agree to take on their U-Voice service for a year we could expect to be paying roughly the same monthly rate for TV and Internet.  Truth be told, I wasn’t particularly wild about doing this—we use Magic Jack as our phone service (and you don’t even want to get me started on that, or we’ll be here for a lifetime)—but Mom had made it clear that it was either re-negotiate or go back to Charter.  (Talk about being in Hell with your back broken.)  So, under the auspices of it being a “second emergency landline” (the rep’s phrase—not mine) I agree to the deal, and ask how much effort it will take to get this set up.  No problemo, he says in his faux Spanish—all I have to do is plug our phone into the phone jack of the U-Verse modem the following day. 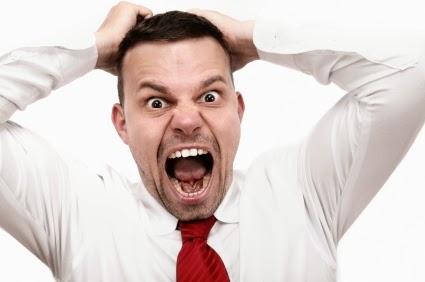 I’m sure once I got off the phone with this mook he and his fellow retention specialists had a hearty guffaw at my expense…because when I followed the instructions he gave me the set-up refused to work, and so I had to call Customer Service to find out what the hell was going on.  That is when I learned that the order to start the U-Voice had been bumped up to January 22 (I made the call on the 16th)…and what’s more, I would have to wait until U-Verse sends me another modem via UPS.  (The modem we had was, I thought, perfectly fine…but they argued we need one with a battery backup.)  The January 22 deadline came and went, and was then bumped up to the 26th.  February 7 was the next date after the 26th had passed.

In the meantime, because we’ve not started the U-Voice, the amount of our service soars to a level that generates much profanity from Ma and Pa Shreve.  I had been proactive in watching the bill online to see if it would change, and when it did I spoke to another service rep, who assured me we would not see this amount on the paper statement they send us.  Well, he lied.  He lied a lot.  (That’s where the parental swearing came into play.)  After I got the bill, I called U-Verse and spoke with a woman who told me that this was the amount we would be paying from now on.  Then I started swearing, and asked to speak to a supervisor to straighten things out.

As of this post, we have received the modem; I was able to connect it with little trouble (well, except I had to reset the wireless connection—that was a small pain in the tuchus) and in AT&T’s favor, sending them the modem back isn’t too difficult—you just drop it off at a UPS store, fill out a metric ton of paperwork, and they box it up for you.  But the U-Verse experience left a sour taste in our collective mouths here at Rancho Yesteryear; Mom has already said we’re crawling back to Charter next year, something I thought I’d never hear from her.

I saw this article at Raw Story, Salon and a few other places (it was originally published at Alternet)—it explains why the cable industry is so horrible (they single out Bombast Comcast, a company so loathsome they’ve started to refer to themselves as “Xfinity”), and tells a few jaw-dropping tales of mistreated customers.  If anyone out there in Blogland is employed in that capacity…you should really look into getting into a more honorable line of work, like cooking meth or working for the USPS.
Posted by Ivan G Shreve Jr at 4:00 PM 4 comments: