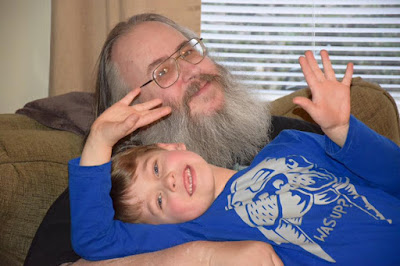 Here I stand (hat in hand) begging the Thrilling Days of Yesteryear faithful for forgiveness because I’ve been away from the blog for so long.  I mentioned that content for the blog in January would be a bit skimpy due to the hustle-and-bustle expected after mi madre’s back operation…but surely, I said to myself, things would pick up again in February.  Alas, this was not to be. 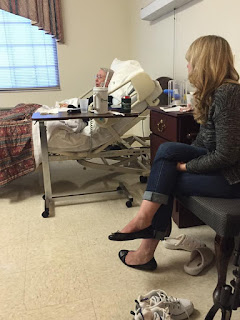 First, the particulars: Mom’s operation(s) went without a hitch—the only real storm cloud on the horizon was that a week after the work was done, she was transferred to a facility to undergo rehab of a physical and occupational therapy nature…and she did not like that one little bit.  No sir.  She did not like it.  She started to see her facility time as some sort of punishment, which was certainly not our intention—we just wanted her to get on the mend as quickly as possible, and not endanger all the nice work done by the surgeons.  This is purely speculation on my part, but I think she might have stared into the abyss and thought This is what it’s going to be like when those rotten children of mine put me in a home.  It got so bad that she began wheedling for an early release date, and though I promised Dad I would hold firm I pretty much caved after one of the night nurses told me of an incident in which she had to calm Mom down after a panic attack.  I just couldn’t sign on to keeping her there any further even if it was best for her in the long run. 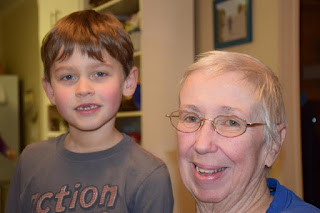 So with the return of Mom to our modest digs at Rancho Yesteryear, we had to make a few changes; one was to rent a hospital bed from an outfit here in town…and that lasted all of three or four days before Mom said “f**k this noise” and elected to sleep in the guest room.  With each day, she gets adventurous to do little tasks like fold laundry and make preparations for lunch and/or dinner; I do most of the heavy lifting like get the clothes into and out of the washer and dryer, and serve up the grub for meals when it’s ready.  Unfortunately, I’m still on Grocery Duty (gad, do I hate shopping) but I’m getting more acclimated to it.  The last time I was in Publix, one of the cashiers who knows Mom pretty well started pumping me for information…and it took all of my self-discipline not to fall to the floor in helpless laughter when she said, “You know, I’ve known your mom for quite a while…and she strikes me as a stubborn person.”  (Had this been someone I knew better, my response would have started with “no” and ended with “Sherlock.”) 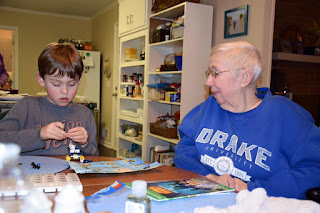 As you might have inferred from some of the photos accompanying this essay, the Double K’s (sister Kat and sister-in-law Katie) visited for a couple of days and brought my favorite nephew with them—which was a wonderful gift for Mom, since she doesn’t get to see him as often as she should.  Because I am a part-time idiot in real life, I made the mistake of telling Davis that while I had seen the first Toy Story movie I had not seen Toy Story 2 or 3—so he preceded to give me an exhaustive rundown of the content in each film.  At every lull in the conversation. During the visit, the landline phone started ringing in my back bedroom and the only way I would be able to answer it was to run and get it before the fifth ring…so when I took off down the hall I heard Davis cry out “I’ve never seen Uncle Ivan run before!”  (I was not angry about this, because it is true—I rarely run unless I’m chased.  Mom and Dad, on the other hand, were dissolved in hysterics…with Mom commenting that she nearly wet her pants.) 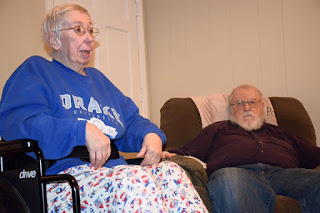 So, with things settling back down to some semblance of normalcy, I’m going to try and get some reviews up on the blog soon.  I’ve been very naughty and purchased more movies (many of which you probably won’t be seeing on The Greatest Cable Channel Known to Mankind™ any time in the near future) in addition to receiving one or two gratis screeners outside of my ClassicFlix work.  (My recent contributions to CF, reviews of The Captive City and Everybody Does It, are up for your perusal if you’re interested.)  I’ll also have some nice Radio Spirits swag to give away—the first of several giveaways will begin on Thursday.  Tomorrow, I’ll resume with Overlooked Films on Thursday with an entry that aired on Tee Cee Em recently…so once again, mea culpa for making you wait so long.
Posted by Ivan G Shreve Jr at 7:00 AM 9 comments: