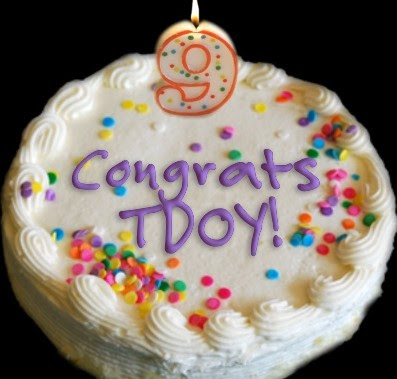 In a world where social media outlets like Facebook and Twitter become more and more popular with each passing day…blogs are starting to become the equivalent of a Model T.  For those of you who are still plugging away in —good on ya.  For those of you who tried it a couple of months and then got distracted by things like a job and real life activities…well, I’d say something like “a pox on your houses” but I probably wouldn’t mean it.  I can certainly understand where you’re coming from (man); blogs are often a labor of love, and outside pressures can sometimes be the co-respondent in the eventual divorce. 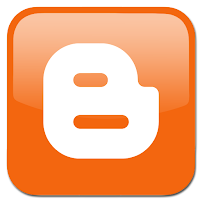 Nine years ago on this very date, I decided to see what this whole “blogging” thing is all about: my online friend Laura innocently asked me “When are you getting a blog?” and my visits to the premiere political snark site that is World O’Crap convinced me that “Hey—this doesn’t look too hard.”  So Thrilling Days of Yesteryear was born, the title borrowed from Fred Foy’s familiar “return with us now to those thrilling days of yesteryear” phrase on radio’s The Lone Ranger.  In its early days (when it was still living in the tonier section of Salon Blogs), TDOY was dedicated to my OTR collecting hobby, with occasional detours into classic movies and vintage television.  After four years at Salon Blogs, I decided to move the operation to China Blogger, where I didn’t have to pay for the privilege.  (For those of you concerned that I was outsourcing American jobs, I should in my defense point out that I only had one employee at the time…myself.) 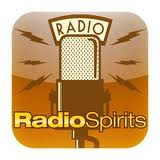 The Salon Blog neighborhood is gone now…I mean, really gone—as in “Alderaan vaporized gone” and what I (and my BBFF Stacia) was able to salvage will eventually re-emerge on another blog as soon as I find a way to cram an additional 24 hours in a day.  I have to be honest: Thrilling Days of Yesteryear has rarely put a nickel in my pocket (my supportive parents never miss a chance to remind me of that—one of my favorite descriptions of blogging comes from M. Carter @ the Movies, who termed it “my tedious, time-gobbling, no-paying labor of love”) but it did attract the attention of outlets like Radio Archives and Radio Spirits, who hired me to compose liner notes for their CD collections (and in the case of RS, pay me to babble about the same stuff I do here on their blog).  So you can see why after nine years I’m still plugging…it’s something I dearly love.

With the ninth anniversary, I’ve kind of made a promise to myself that I’m going to make more of an effort to do more blogging in the coming year; the Mayberry Mondays and Serial Saturdays features are always fun to do, but I really should expand beyond those parameters.  To those of you who make visiting TDOY a regular thing—whether it be daily, weekly or monthly—as always, thanks for encouraging my behavior.
Posted by Ivan G Shreve Jr at 12:00 PM

Congratulations for surviving 9 years in the blogosphere!

Felicitations and salutations on your 9th year of babbling! We who visit your blog regularly just want to be sure that one of the majorly important inmates does not leave the asylum. "But seriously, folks"(I'm sure someone famous said that, but I don't know who) ... 9 years is a remarkable achievement for a writer, Ivan, and you are one of the best!

Seriously, you do a splendid job making me aware of all sorts of things I never noted before (the charms of Arlene Golonka, for instance).

Keep up the good work!

Congratulations, Ivan. You may have bemused your parents, but you've made your blogmother proud.

Congrats Ivan!! You are one of my favorite bloggers! I always have enjoyed your sense of humor. Thank you for the smiles over the years:)

Your blog is one of my very favorites, Ivan. I love your writing. Congratulations, and many more anniversaries.

Wow--that is an accomplishment Ivan! Congratulations. I know what you mean about the "why" of blogging. I've had a small amount of cash dribble in and the blog has gotten me clients and access to great books and DVDs, and most importantly, introduced me to fellow movie geeks, but even that doesn't compare to the real reason I do it--I love my topic so much and I wanted a place to talk about it in my way. That's a huge thing in a world where there are so many things you do because you have to. Here's to doing things just for the love of it!

Many congratulations on a momentous anniversary, Ivan. Nine years is fantastic! On behalf of the entire True Classics crew, let me just say we remain VERY glad that you continue your "labor of love" with such verve even after all this time--you are (and will forever remain!) one of our very favorite bloggers.

Congrats on nine wonderful years! I love your blog and hope to see it for many more years to come. While it may not bring you coin, it has brought joy. Best Wishes on a bright future.

Happy Anniversary, Mr. Thrilling Days of Yesteryear! You are an inspiration and a valued raconteur! Thank you for introducing me to the charms of HAZEL and for courageously plowing through the lesser works of George "Goober" Lindsey! Shalom!

Congrats on the blogiversary! Nine years is fantastic, and we're all glad and grateful for every day of it.

I see your blogmother already weighed in, so as your self-appointed blogfather, I want to tell you how proud I am of you, and also gently remind you to clean your room once in a while, whydoncha, your mom's been getting that look on her face.

Well, I haven't done extensive research (not that this has ever stopped me in the past) but it seems that with each passing day people get kind of bored with the whole blogging thing and switch to something a little more succinct, like Facebook, Fortunately, we live in a Golden Age of Blogging where most of the great ones are still plugging along.

And on a related note...thanks to all of you and your wonderful felicitations on TDOY's ninth. As The Great One himself would always say: "Ooooh, you're a good group."

Succinct?! Isn't that sad? Are we now to be reduced to movie posts such as "Movie good. Love Errol Flynn. Music nice. 1939 good year." That would fit nicely on Twitter! Egad! Come on, people, let's go back to communication with punctuation marks and paragraphs! Not to mention actual speech on the old telephone...