Filling in the blancs (yeah, I went there) 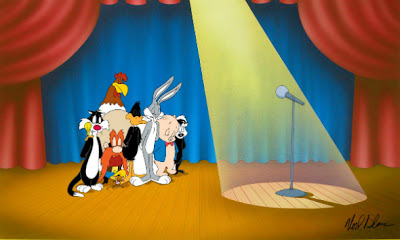 When Melvin Jerome Blank left this world for a better one in 1989 I thought the above illustration was the finest commentary on the passing of one of the greatest voice artists in the history of show business.  Simply put: if there had not been a Mel Blanc, there would be no Bugs Bunny or Daffy Duck or any of the other gazillion funsters to come out of the Warner Bros. cartoon stable.  Many other cartoon characters would have no voice, either—I don’t even think Woody Woodpecker would be laughing much. 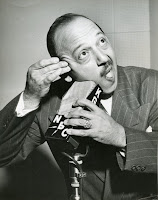 There would also be a great void in radio—no Happy Postman (“…and remember…keep smiling!”) or Botsford Twink…and certainly no Professor LeBlanc or Polly the Parrot…or a P.A. announcer to let us know that there was a train now leaving on track five for Anaheim, Azusa and Cuc…camonga.  Okay…maybe I’m being a bit pessimistic—all these characters might have eventually come to pass…but without Mel Blanc, they wouldn’t have been as funny.  Anyway, I put together a short piece on Mr. B over at the Radio Spirits blog for this morning that you’re welcome to take a gander at your leisure. 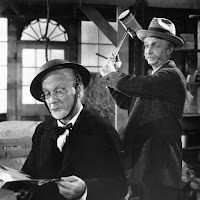 Mel celebrates what would have been his 105th natal anniversary today…and as you may be well aware, every day (well, except for Sundays) I do a series of Facebook posts/Twitter tweets giving birthday shout-outs to various celebrities from the past as part of my new ClassicFlix duties.  Some, like Mel or Norris “Tuffy” Goff—a.k.a. “Abner Peabody” of Lum & Abner got prominent mentions because I was able to find nice photos of them on the Internets (in the case of Goff, I have a few I collected many years ago).  Others I had to leave off because of the lack of decent picturage: actress Ruth Parrott was born on this date today in 1899 (you probably remember her as maid Katie on My Favorite Husband) as was Madeline Lee (who worked such programs as Amos ‘n’ Andy and The Henry Morgan Show) in 1923.  (I did not know, until I read a book recently that mentioned Madeline, that she was married to Jack Gifford…which proves you learn something new every day.) 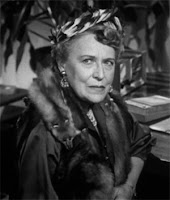 Character actress Doris Packer was also born today (in 1904) and while I was able to locate some snaps I couldn’t find one to my liking.  I thought about trying to find a decent screen capture since I have all of the Leave it to Beaver collections but I was sort of pressed for time.  Not only was principal-teacher Miss Cornelia Rayburn on the iconic 1957-63 sitcom, but she played both the ma of Milton Armitage (Warren Beatty) and Chatsworth Osborne, Jr. (Steve Franken) on The Many Loves of Dobie Gillis from 1959 to 1963.  (“Chatsworth, you nahsty boy!”)  When we live in a time when a halfway decent picture of is not to be found on the Internets…can we really say we’ve made advances in computer technology?  I think not. 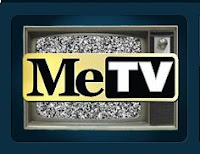 While I’m on the subject of classic television (smooooth as glass), Facebook compadre Doc Quatermass gave me a heads-up the other day to let me know that next week (June 3), my lawfully wedded wife Me-TV does a little tinkering with their schedule to usher in what is now traditionally called “The Summer of Me”  Of special interest is the adoption of Ironside reruns on weekdays at 11am following Perry Mason (synchronicity)—but apart from the channel adding The Lucy Show to their morning lineup (6am ) there’s really nothing new under the sun because we’ve been fortunate to also have an Antenna TV affiliate in our neck of the woods…so Me-TV’s addition of Antenna cast-offs Adam-12, Dragnet and Leave it to Beaver is pretty ho-hum.  There are a few returning shows (Family Affair, Daniel Boone, Mothers-in-Law) and a juggling of new times (Night Gallery, Phil Silvers—which I am excited about, because DT loses the second half-hour of Bilko shows at its former home at 6:00am due to infomercials)—perhaps the most earth-shaking news is that I Love Lucy, The Twilight Zone and The Bob Newhart Show are taking a vacation…the channel says this is the first time they’ve gotten a leave of absence since they went on the air in 2010.  (A classic TV channel without Lucy or the Zone?  Heresy!)  For more information, download the new schedule here.
Posted by Ivan G Shreve Jr at 8:00 AM

Interesting post. Mel Blanc, by his voice alone, filled my kid life and made it enjoyable.