The State of the Blog 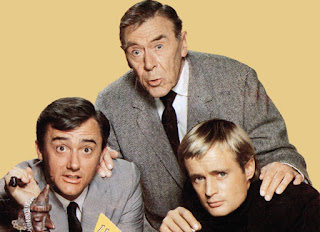 This is officially going to be the final post for 2015, which is why I’ve given it that impressive-sounding title.  I had planned to put a few more posts up in December per my usual promises…but that annoying little hindrance I call “real life” kind of thwarted me at every turn.  For starters, sister Kat stopped by in mid-December to help celebrate Los Parentes Yesteryear’s fifty-third anniversary (oh, sure—she sounds like a dutiful daughter…but all she really wanted was some cake from Publix) and then about a week later, sister Debbie was the guest of honor along with her husband Craige and my niece Rachel for a Christmas visit.  (We were quite insistent that no gifts be exchanged this year to thank both of them for the tremendous help they provided during the relocation to the present Rancho Yesteryear…but Debbie violated that little compact with $50 in Amazon gift cards for yours truly.  As you’ve probably predicted, they were quickly redeemed towards the purchase of Seasons 1 and 2 of The Man from U.N.C.L.E.) 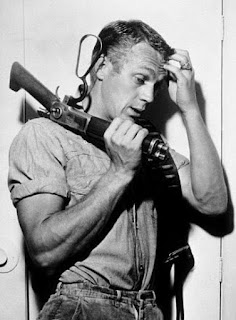 Right now, we are readying for Operation: Operation in January (okay, sorry I couldn’t come up with something cleverer) when Mom goes under the knife to relieve her back problems and in the meantime, I am in a race to record every episode of Wanted: Dead or Alive to DVD, thanks to the generosity of the DISH Network people, who are currently offering a “freeview” of the Starz and Encore channels from December 26 through January 2.  I downloaded each episode from Encore Westerns On Demand (we would love to welcome this fine station into our home, but we are too cheap to pay extra for it) and since they’ll only stay on my system for less than thirty days I have a lot of work ahead of me.  I have found that if I stick an episode of Wanted on the beginning of each disc I record I can follow it up with a ninety-minute-or-so movie and not feel as if I’m wasting any disk space.  (Yes, I am aware than “anal-retentive” has a hyphen.)  I sacrificed my ownership of the popular TV western starring Steve McQueen in the last eBay DVD Purge back in July of 2014, so when I saw an opportunity to get these shows for no money down I pounced like my nephew on discounted Star Wars merchandise.

Earlier in June of this year, I tried to get a new feature started here at Thrilling Days of Yesteryear entitled “GetTV Theatre”—inspired by a promotional e-mail I received from GetTV’s own Cindy Ronzoni that provided me with links to upcoming classic films due to air on the digital subchannel.  I got as far as Let No Man Write My Epitaph (1960) before I had to abandon the project (the move to Winterville interrupted my viewing, and then Mom’s situation kept me from previewing any more flicks)—but with Dish Network’s new acquisition of GetTV to their lineup (channel 373) there might be a possibility that paddles will be applied to the feature.  I was pretty stoked when I found GetTV on our system (I occasionally do a search to see if there’s anything I might be missing) and despite Dish’s perplexing reluctance to add similar stations like MeTV, Decades, Grit, Antenna TV, Cozi TV, Buzzr, etc. I’m hoping they’ll eventually come around.  (I kicked around the idea of investing in some OTA [off-the-air] equipment to make up for this entertainment deficit…but when I saw a promo on WSB-TV with Vicki Lawrence plugging MeTV’s acquisition of Mama’s Family I changed my mind.  (I’m starting to see the warning signs that MeTV is going the way that TVLand did when they started purging shows like Petticoat Junction and The Phil Silvers Show from the schedule.)

GetTV runs a number of classic boob tube oaters on Saturdays (The Tall Man, Laredo) so I’m looking forward to seeing those—plus they offer up the occasional variety hour (they’ve been running The Judy Garland Show for some time now), and a glance at January has revealed that they’ll soon be featuring The Jim Nabors Hour.  I’m not particularly wild about the commercial breaks on GetTV, but if they show a movie that’s been MIA on The Greatest Cable Channel Known to Mankind™ in a while, I’m willing to put up with a little advertising. 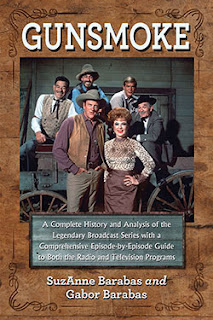 I also want to thank all the good folks who sent a Christmas card my way: my longtime pal and ex-wife Margo (“I vass Madam’s fifth hussband!”), Rodney, Martin, Peggy and B.J., Laura, Brandie and Doc Quatermass; Doc was most generous in sending me a little gift of the McFarland Gunsmoke reference book (hardcover, even!) that I have been sampling every free moment I get (when I’m not wrestling it away from me fadduh).  (Doc probably knows that my other copy continues to cool its heels in my father’s own private Gitmo, a.k.a. “the storage shed.”)  I apologize for the tardiness in getting out my cards this year, by the way—it’s kind of a long story, but certain financial forces kept me from purchasing them in a timely manner.

I’m a little hesitant to make any New Year’s resolutions this year: more often than not, they involve me promising to put more content on the blog in the future, and I’ve broken that vow so many times in the past I’ve lost count.  Things might be a little quiet here in January until I get a better handle on the Mom Operation situation, but be sure to keep an eye on the Radio Spirits blog and ClassicFlix for my contributions should you start missing me.  Thanks to everybody for continuing to encourage my behavior, and I wish every member of the TDOY faithful a wondrous 2016.
Posted by Ivan G Shreve Jr at 7:00 AM

I now have getTV as well, same Dish Network, same channel 373; they just gave Dick Van Dyke's THE COMIC an early morning airing yesterday. Like Centric, too many commercials, but still showing a lot of welcome stuff. Best of all for me, HONDO is on Saturday afternoons as part of their Western day (also streaming on Warner Archive Instant; so glad to see it back this year, I don't think it had aired anywhere since TNT in 1999).

MeTV is airing THE PHIL SILVERS SHOW on weekends still. And while they added MAMA'S FAMILY, they also added THE PATTY DUKE SHOW early morning weekdays starting next week. Also they have some decent prints of LOVE THAT BOB episodes in their online public domain classics section. I'm willing to put up with the occasional SBTB in exchange. Also, F TROOP and ABBOTT AND COSTELLO are still on Me.

I had that same real life problem this year too; hope we both get a little less of that in 2016. Happy New Year Ivan.