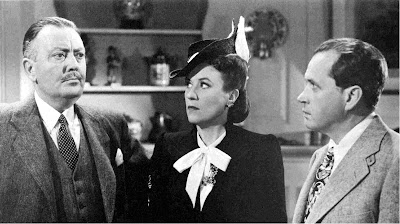 Among my duties of the new ClassicFlix gig is creating Facebook posts and Twitter tweets (get me—I speak the lingo) commemorating birthdays of classic movie celebrities and premiere dates of well-known films…and because I’m limited to 5-6 a day, a lot of people who carry a great deal of weight here at Thrilling Days of Yesteryear get lost in the shuffle if there’s a good many big names observing natal anniversaries. 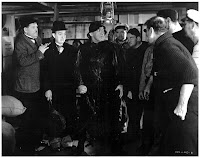 For example, Walter Long was born on this date in 1879.  Some of you might be saying right now: “Well, who is he and what does he do when he’s not tending bar?”  Long was a character actor whose film career goes all the way back to the teens, and he appeared in several films directed by D.W. Griffith including The Musketeers of Pig Alley (1913), The Avenging Conscience (1914) and The Birth of a Nation (1915).  When talkies came in, Long was still in demand (he played Miles Archer, the partner of Sam Spade, in the original 1931 version of The Maltese Falcon) as a heavy…and a great comic villain you’d be hard-pressed to find since he plied that trade in many of Stan Laurel & Oliver Hardy’s shorts and features (so memorably in Going Bye-Bye! and The Live Ghost).  Sadly, I didn’t have room for him on the list.

I also couldn’t make room for Symona Boniface (1894), the “Margaret Dumont” of Three Stooges comedies—or Virginia Christine (1920), who later achieved TV immortality as the pitchwoman for Folgers’ coffee (as kindly Mrs. Olson).  Joan Shawlee (1926) was also born on this date; she made appearances on such TV programs as The Abbott & Costello Show, The Adventures of Aggie and The Dick Van Dyke Show (as “Pickles,” the rarely-seen spouse of Buddy Sorrell) but is probably best remembered as bandleader Sweet Sue (and her Society Syncopators) in Some Like it Hot (1959).  (“This is Sweet Sue, saying good night, and reminding all you daddies out there—every girl in my band is a virtuoso...and I intend to keep it that way!”)  I also want to give a birthday shout-out to George Meeker (1904)—the oily villain movie audiences loved to hate.  (George usually played the weaselly lawyer or corrupt businessman who’d sell his own mom for change, notably in serials like 1945’s Brenda Starr, Reporter and 1948’s Superman.) 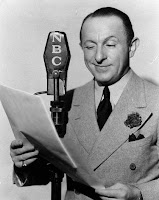 There are also two veterans celebrating birthdays today…Sam “Schlepperman” Hearn (1888), who played Schlep not only on The Jack Benny Program but on other programs like The Great Gildersleeve, too.  (Hearn later played the guy from Calabasas—“Hiya, rube!”—when he returned to the Benny show in the mid 1940s.)  I also want to give a birthday shout-out to Minerva Pious (1903), whose amazing talent for dialects reached its apex on Fred Allen’s show…playing the role of Jewish housewife Pansy Nussbaum in the comedian’s fabled “Allen’s Alley.”  (I truly regret that I have to leave these wonderful performers off the Facebook/Twitter list…though I do realize that to many they’re not particularly well-known.) 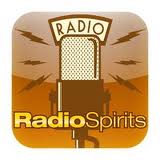 Finally—we celebrate an important anniversary today.  Seventy-three years ago on this date, the hall closet at 79 Wistful Vista (on Fibber McGee & Molly) was opened for the first time…ushering in one of radio’s most beloved running gags.  The subject is broached at the other gig that puts groceries on the table—the Radio Spirits blog—so if you get an opportunity to drop by, tell Fibber & Molly I said hi.
Posted by Ivan G Shreve Jr at 8:00 AM

Thanks for the article. I like most everything you write (I'd prefer more FISHFACE mentions) but your birthday call-outs are my favorite.

I know you've mentioned how labor-intensive is but it is appreciated.

The first episode of Fibber McGee & Molly was 79 years ago? Wow! That is a little mind-boggling.