When Irish Eyes Are Smiling 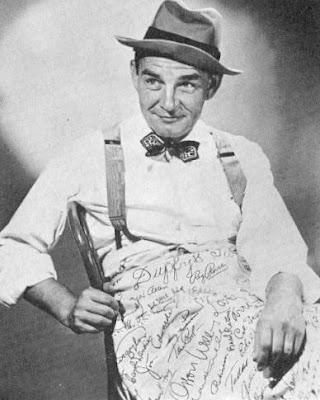 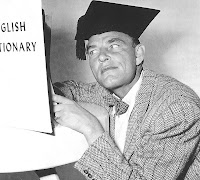 On this date in 1941, radio listeners made their first weekly visit to the aural medium’s favorite watering hole, Duffy’s Tavern—“where the elite meet to eat.”  I whipped up a little something to commemorate the occasion over at the Radio Spirits blog, but I figured I’d reminisce in my own fashion here by admitting that Duffy’s was one of the first radio comedies I heard as a mere sprat—so it’s always been a nostalgic favorite with me.  A Marietta, OH station used to play programs on New Year’s Day back in the 70s and one of them—which I later learned was available on a multi-vinyl record set entitled The Great Radio Comedians—was a December 18, 1946 broadcast of Duffy’s; a Christmas show featuring Joan Bennett as guest.  (Archie the manager—the one and only Ed Gardner—is explaining to Duffy over the telephone who Joan is and he name-drops her 1944 film The Woman in the Window.  “A mannequin?” Archie asks his boss.  “On the contrary, Duffy—she’s quite a girlie-quin.”)  I listened to that program so many times I could recite the dialogue by rote—I bet I could still do it today, as a matter of fact. 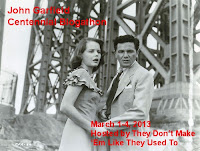 Regretfully, I wasn’t able to come up with anything for the 31 Days of Oscar Blogathon that was held jointly last month by at Once Upon a Screen, Kellee at Outspoken & Freckled and Paula at Cinema Club.  I just couldn’t think of a decent topic that hadn’t already been covered by someone else, and to be kind of honest with you—this whole Oscars thing has me burned out.  (I think it began when they announced that they weren’t going to refer to the annual telecast as the Something-Something Annual Academy Awards but just The Oscars.  Apparently they’re going something more youthful and hip…and then they wonder why this year’s ceremony was a trainwreck for so many.)  So while I may have to do some penance for backing out at the last minute (Aurora has already contacted me about some gutters that need to be cleaned out) I will be able to kick in with my entry at Patti’s John Garfield Blogathon, which begins today and runs until Monday, March 4 at They Don’t Make ‘Em Like They Used To.  (Look for my essay on Sunday.) 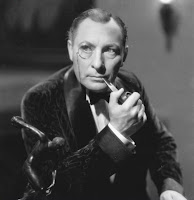 Sadly, the weekend activity with the Garfy event and some ClassicFlix duties will keep me from making a pilgrimage to Chapter 7 of Don Winslow of the Navy (1942) on Saturday…but for those of you jonesing for a serial fix, you can satisfy that itch at my BBFF Stacia’s She Blogged by Night—every Thursday, she dissects a chapter of the 1944 Western chapter play Raiders of Ghost City with hilarious results.  Ghost City has a great cast: Dennis “Bland” Moore (the star of the last studio-made serial, 1956’s Blazing the Overland Trail, and TDOY fave The Purple Monster Strikes [1945]), Joe Sawyer, Regis “the Toomster” Toomey, Virginia Christine (Mrs. Olson of Folgers’ coffee fame), Addison Richards and legendary henchmen Jack Ingram, Edmund Cobb and Ernie Adams.  The villain of the piece is none other than Lionel Atwill who, in one of those amazing blogosphere coincidences, was born on this date in 1885.  It would be the second of four serials in which Atwill appeared—the preceding were Junior G-Men of the Air (1942) and Republic’s Captain America (1944; Lionel plays a great villain in “The Scarab”) and the last one was Lost City of the Jungle (1946), where Lionel was working when he snuffed it. 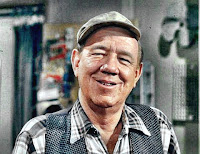 Also celebrating a birthday today is the actor who played fix-it savant Emmett Clark on both The Andy Griffith Show and Mayberry R.F.D., Paul Hartman—and this is as good a time as any to tell you that I probably won’t have a Mayberry Mondays prepared this week, either.  (You only think you’re crushed—this one focuses on Mike the Idiot Boy.)  Hopefully my workload will be a little light next week and we can resume with all the TDOY fun.
Posted by Ivan G Shreve Jr at 8:00 AM

I'll fix something for ya-- [laughing]