All the world’s a stooge 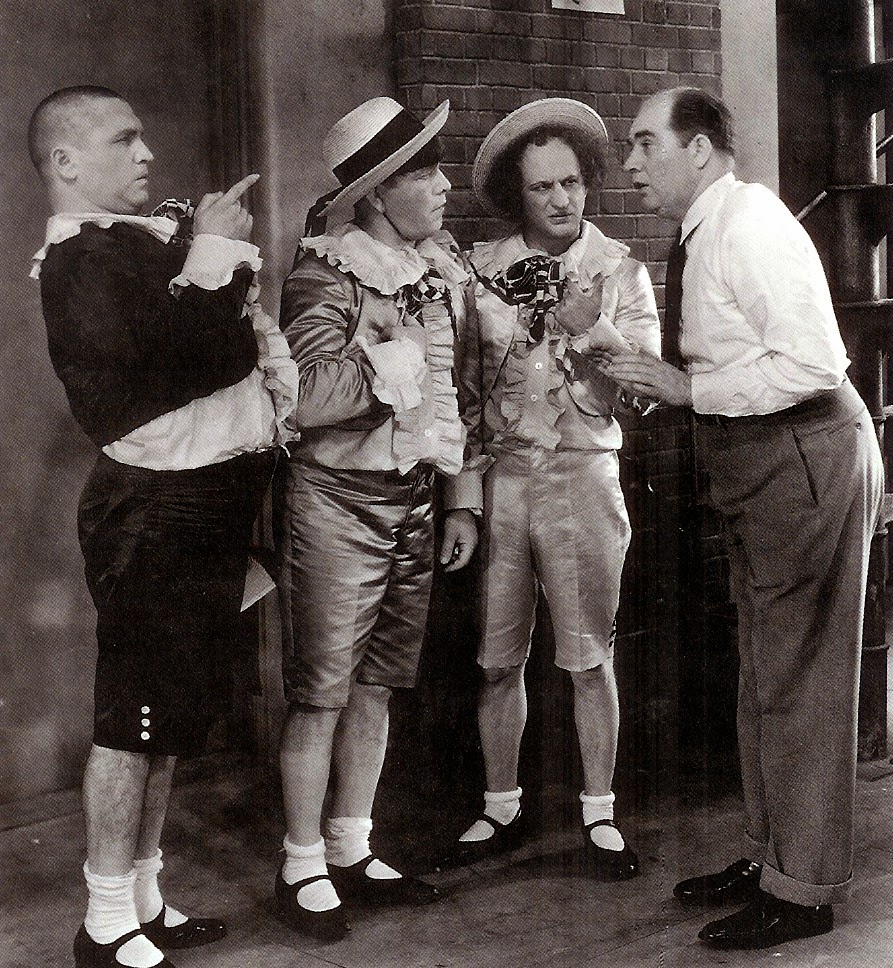 A couple of weekends back, the Film Forum in NYC unspooled a recently rediscovered rarity: a 1933 print of the “lost” Three Stooges MGM two-reel Technicolor comedy, Hello Pop!  An elderly Australian film collector e-mailed Facebook chum Ron Hutchinson at The Vitaphone Project in December of 2012 to ask about the movie’s status, and upon learning that it was considered a lost film, shared his 35mm print with Warner Bros…who restored the movie this summer and made it available for its Forum debut.  The scuttlebutt is that the two-reeler will eventually turn up on a DVD release (perhaps with the other four shorts the Stooges made at MGM, when they were still working with Ted Healy). 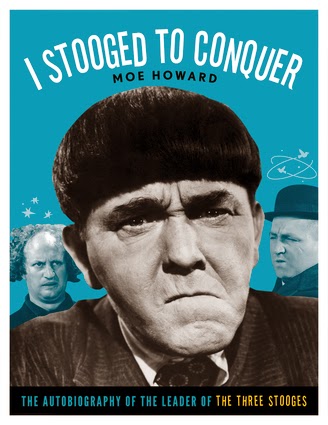 It’s interesting that Hello Pop! has been in the news because there have been several other Stooges developments to report on—though these are of a book nature, and involve the reprinting by Chicago Review Press biographies of two of the members of that august comedy troupe: I Stooged to Conquer (Moe Howard’s autobio) and Curly: An Illustrated Biography of the Superstooge.  The first of these tomes was originally printed in back in July of 1977 by Citadel Press as Moe Howard and the 3 Stooges (I tell you this in case you already have a copy of the original); Moe himself had wanted to call it what the book goes by now but the publisher changed it before it went to press.  Howard worked on the publication shortly before his passing in May 1975 (he explains in the foreword that answering fan mail was getting to be hard work…and postage was running ten cents) and the unfinished book was completed by his daughter, Joan Howard Maurer.

For many years, I Stooged to Conquer/Moe Howard and the 3 Stooges was the definitive book to have on the roughhouse comedy trio; it was later superseded by The Three Stooges Scrapbook (this has also been reprinted by Chicago Review Press—a review copy was not, however, available) which was put together by Maurer and brothers Jeff and Greg Lenburg.  But Conquer is the book you’ll want to have if you’re interested in the biographical story of the durable institution known as the Stooges; it’s filled with many behind-the-scenes details of how they came to be, straight from the man who made a darn good living eye-poking his partners for over forty years.  For me, the strength of Conquer was in its wealth of photographs, generous dollops of both stills and candid photos of Moe and his family (though there are a few errors in some of the captions) are featured. The comic actor had almost total recall of the important events in his life, and despite the pop culture icon that is his brother Jerome (a.k.a. Curly), Moe Howard was the true mastermind behind the team’s success.  His life story makes for fascinating reading. 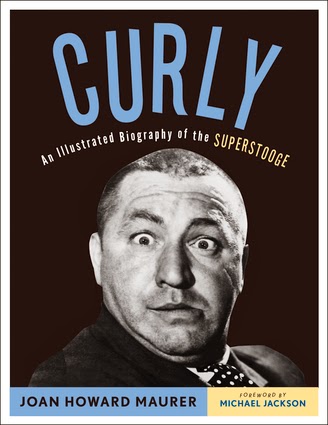 If you’re like 95% of the Stooges fandom and consider yourself a devotee of the shaven-headed clown who made “Nyuk nyuk nyuk” part of the national lexicon, you’ll have higher praise for Curly: An Illustrated Biography of the Superstooge.  This book was written entirely by JHM (and first published in 1985), and its chief asset is that there’s a little more detail in the biography of the man friends and family affectionately called “Babe.”  The book also contains a number of interviews with family members conducted by Maurer in the course of putting it together—there are interesting revelations about the life of a man who in some ways was—and in some ways not—like his screen character.  Most of the people interviewed share the opinion that Curly Howard was a kind and generous man (and a dog lover to boot), but reading between the lines you can’t help but glean that he was also a lot like the character he played onscreen; with little control over his life and, to use his famous phrase, “a victim of circumstance.”  It’s great reading, though you can’t help but be troubled to learn that the fun-loving clown was a sad loner with regards to his personal life (married and divorced four times, and bothered for many years by an injury he sustained in his youth when he accidentally shot himself in the foot). 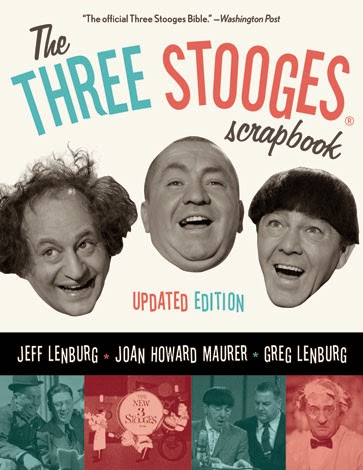 If you’re interested in an overall appreciation of the Stooges (one that also focuses on the blog’s favorite stooge, Shemp Howard, as well as Joes Besser and De Rita), with minutiae on their films/careers and contributions to the cultural landscape, The Three Stooges Scrapbook (first published in 1982) is really an excellent book—I didn’t get a preview copy, but I did have two editions of the original Citadel print (one of them dog-eared from use).  My only quibble with that publication is that any serious discussion on the merits of the films is sort of waved off—for that, your best bet would be Facebook friends Ed Watz and Ted Okuda’s invaluable reference The Columbia Comedy Shorts or a copy of Leonard Maltin’s The Great Movie Shorts (a.k.a. Selected Short Subjects: From Spanky to The Three Stooges).  Personally, I’m glad to see that Chicago Review Press has made these three books accessible to fans once again—no self-respecting knucklehead should be without them.

(Special thanks to CRP representatives Tracey Hulstein, Marissa Ernst and Shannon Frech for arranging for Thrilling Days of Yesteryear to get review copies of the Moe and Curly books. Woo woo woo woo woo...)
Posted by Ivan G Shreve Jr at 2:00 PM

I see that THREE STOOGES SCRAPBOOK has been updated, but if I already have MOE HOWARD AND THE 3 STOOGES, is it worth my while to get I STOOGED TO CONQUER? Has that one been updated in any way?

Roger, the only thing new I noticed in I STOOGED TO CONQUER is that there is a foreword from Moe's daughter, Joan Howard Maurer. Other than that, it's pretty much the same book as MOE HOWARD AND THE 3 STOOGES.