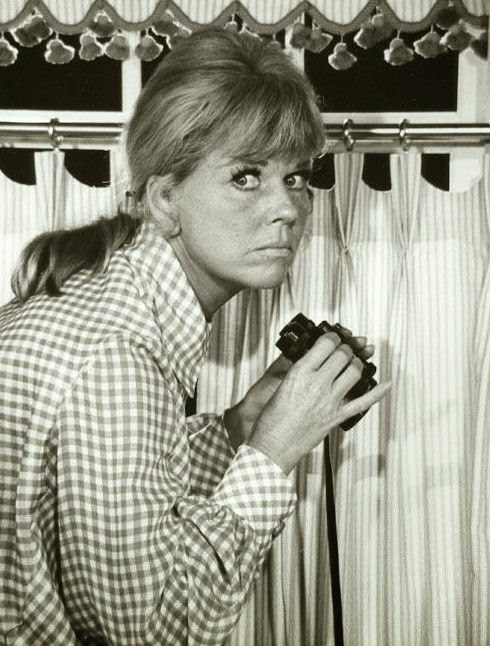 Because of my hectic workload last week, what with the blogathons and the outside assignments and such, I found myself adopting a slug-like existence over the weekend…and that’s why I had to postpone this week’s edition of Doris Day(s).  I’ve got some things in the hopper this week as well, but I’m gambling they won’t interfere with a regular transmission of the signature Thrilling Days of Yesteryear feature next Monday.  (Knock wood.) 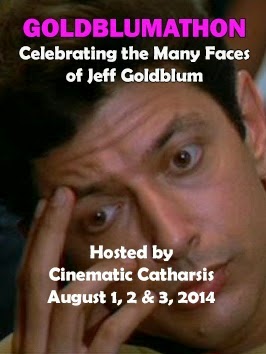 I did want to take some time to let the blog faithful know of an upcoming blogathon that, admittedly, is a little out of the TDOY wheelhouse…but sometimes you have to say “What the fudge.”  Twitter pal Barry of Cinematic Catharsis has announced The Goldblumathon this August 1-3.  As you’ve no doubt sussed out, the blogathon will celebrate the cinematic oeuvre of character actor Jeff Goldblum…and when I got wind of the ‘thon, I toyed with the idea of writing up his participation on Law & Order: Criminal Intent…only because mi madre will watch reruns of that series with precious little prompting.  (At the risk of stoking the ire of the pitchforks-and-torches crowd, it’s probably my least favorite in the L&O franchise—as witnessed by my nicknaming Vincent D’Onofrio’s character “Detective Twitchy.”)

A quick glance of Mr. G’s cinematic C.V. revealed that I had a handful of his movies in the dusty TDOY archives…and while my first choice was Invasion of the Body Snatchers (1978), I learned that my compadre Monstergirl had asked to tackle that one.  So I called an audible and am now going with Between the Lines (1977), which I was fortunate enough to secure a copy a few months ago during a MGM-UA DVD sale at Oldies.com.  If you’re interested in participating in the Goldblumathon, skate on over to Cinematic Catharsis and sign up, won’t ya?  (It’s his first blogathon, so please…be gentle.)
Posted by Ivan G Shreve Jr at 2:15 PM