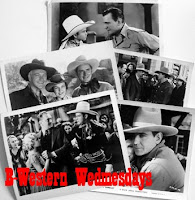 It’s with a heavy heart (and light kidneys) that the first item on the agenda this afternoon is to report the death of the Thrilling Days of Yesteryear feature, B-Western Wednesdays.  Well, perhaps “death” is a little premature—I’m simply going to have to relegate it to semi-regular status because I’ve been finding myself unable to meet my obligations in getting an oater watched every week.  (The last one I tackled was about a month ago, so…there you have it.)  I haven’t abandoned Overlooked Films on Tuesdays, even though I’ve been recalcitrant on that score as well…but I hope to get that one back up by next week.

There are a couple of blogathons looming over the horizon that I should direct to your attention…and I thank the gang at True Classics for giving me this heads-up, because I am quite a bit behind in my blog reading as well.  Throughout the month of August, Jill at Sittin’ on a Backyard Fence and Michael at ScribeHard on Film will host the Summer Under the Stars Blogathon, which will coincide with The Greatest Cable Channel Known to Mankind™’s annual celebration.  Here’s the skinny from Jill and Michael: 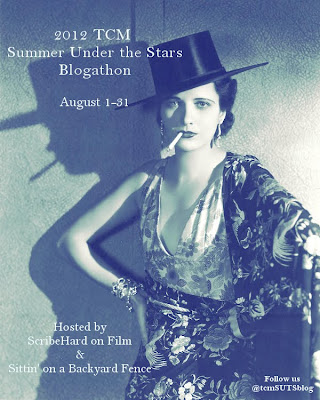 For classic movie lovers, TCM’s Summer Under the Stars is like Christmas, the Oscars, the Super Bowl, and every red carpet gala rolled into one.  For 31 days, we are treated to a collection of films featuring the stars we love, the stars we discover for the first time, or the stars we’ve always wanted to get to know better.

That got us to thinking: what better way is there to commemorate this month-long celebration of classic stars and classic movies than to co-host a month-long collection of classic blogs created by the classic members of the online blogging community?
That’s a lot of class!

Thus the TCM Summer Under the Stars Blogathon was born!

Pick a movie … pick a star … pick a whole day … pick five … ten … whatever!  This is a month-long blogathon and we want to showcase as many bloggers as many times as we can.  And because your picks will coincide with their respective SUTS days, you can plan as far in advance as you need to.

Whether your medium is the written word, stories in pictures, video tributes, or even a simple haiku (see what Michael did there?), we want you to make the great Summer Under the Stars event even greater.

The process is really simple:

It promises to be oodles of fun, and I e-mailed Jill to let her know that Thrilling Days of Yesteryear will be participating with an essay that I have tentatively titled “Him Tarzan, You Mom” (in honor of my mother’s love for all things Johnny Weissmuller).

The other blogathon of note will be hosted from September 22-24, and will feature three (count ‘em) hosts: at Once Upon a Screen, Paula of Paula’s Cinema Club and the Irish Jayhawk herownself, Kellee at Outspoken and Freckled.  (“Why, when I was a young blogger…it only took one person to host a blogathon—and that was the way we liked it!”)  The What a Character! Blogathon will spotlight the “glue” of any classic film: those beloved character actors whose names we might not always remember but whose faces are often more recognizable than any of our relatives (what my BBFF Stacia often calls “Hey!  It’s that guy (or gal)!”).  Here are the details of Aurora, Paula and Kellee’s “Character studies”: 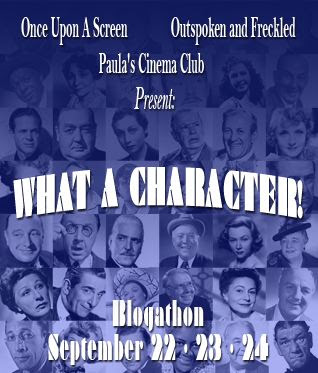 Another blogathon!  One with character!

This summer is proving to be a landmark in the classic film blogosphere.  Events are planned covering an array of fabulous classic films, movie stars and topics on all things movies.

Borrowing a catch-phrase from our beloved, home of the classics, Turner Classic Movies, Kellee of Outspoken & Freckled and (@IrishJayHawk66), Paula of Paula’s Cinema Club and (@Paula_Guthat) and Aurora, of Once Upon a Screen and (@CitizenScreen) are dedicating an event to the great character actors that so enhanced our classic movies.  To the faces, the laughs, the drama presented by these wonderful actors whose names all too often go unrecognized we dedicate WHAT A CHARACTER!

If you are interested in contributing, please go to any one of the host sites and submit a comment with your choice.  Please include the title and link to your blog.  What or whom you choose to write about is open.  We’d love to have everyone choose different subjects and topics because there are so many great character actors that deserve attention.  But we’ll leave that up to you.  As submissions come in, we’ll update the list of entries to give everyone an idea of what’s been chosen.

A couple of weeks before the event, we’ll post a submission schedule.

I contacted and informed her that I’m definitely in for this one—thought about doing Leon Errol, but called an audible at the last minute and will go with TDOY fave Charles McGraw.  When they decide upon the submission schedule, I’ll let you know when to expect it (so everyone can get their alibis ready). 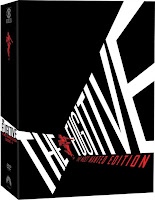 And now for some classic TV-on-DVD news.  TVShowsOnDVD.com has solidified the details on CBS DVD-Paramount’s box set release The Fugitive: The Complete Series/The Most Wanted Edition—the street date for the 33-disc collection containing all 120 episodes of the iconic 1963-67 TV series will be October 23rd.  To those fans of the show who waited patiently for the company to “do it right,” as it were—your persistence will pay off in huge dividends (including a bodacious fistful of extras described in the press release here).  To CBS-Paramount…I’ll see you all in Hell.

The Hades-bound company has also announced a release date for the second volume of Gunsmoke: The Sixth Season (the first volume is due out August 7) because, Heaven forfend they release the early half-hour version of this series in a complete affordable package instead of that split-season bullsh*t.  The second volume street date will be October 16th—three discs containing the remaining episodes from the seminal TV western’s 1960-61 season, and priced at $36.99 SRP.

Also on the release schedule from the appointed minions of Satan is the second volume of Perry Mason’s seventh season (the first volume due out August 21), which will hit stores on the same day as The Fugitive collection (October 23).  This 4-disc set will contain the remaining episodes (a whopping 15 shows!) from the classic legal series Season Siete, priced to move at $49.99 SRP.  (One of these days I’ll be able to complete my Mason collection, which is still languishing at Volume 1 of the fifth year.)

And CBS-Paramount, whose motto could be “When there is no more room in Hell, DVDs will walk the earth,” will finish out the six season run of The Lucy Show on October 9th with The Lucy Show: The Complete Sixth Season, a 4-disc collection containing the final twenty-four episodes of the popular 60s sitcom.  I’m behind on my Lucy collecting, too—I have the fourth season, but held off on buying Season 5 because most of those shows (with the exception of one episode) are available in those public domain collections that dot the Internet landscape.  (I’ll probably knuckle under and get it one of these days, but it will definitely have to be a deep discount…if you know what I mean, and I think you do.)

This week’s award for “Most Obscure TV Series to Hit DVD” goes to the Warner Archive, who announced yesterday (July 24th) that they would make available on MOD DVD the 1962-63 series The Gallant Men, an ABC drama that centered on the exploits of an American Army infantry company fighting in during World War II.  The show, which starred William Reynolds (later of The F.B.I.) and (Father) Robert McQueeney, never really caught on the way ABC’s other WW2 series, Combat! did (Men had some stiff competition opposite CBS’ Rawhide on Friday nights as well) and so it signed off after a single season.  All twenty-six episodes of the series are available in a 6-DVD collection that’s priced at a non-negotiable tariff of $49.95.  I joked on Facebook after learning of this release that all that needed to happen was the news of 12 O’Clock High and Garrison’s Gorillas coming to DVD and my WW2 childhood would be complete.

Finally, the news that Sony Home Video will release the TV version of Born Free (a short-lived show that ran for 13 episodes in 1974) on August 7 amused the heck out of me because it reminded me that Gary Collins actually had an acting career before becoming a talk show host.  He was cast in several TV series: The Wackiest Ship in the Army (1965-66), The Iron Horse (1966-68)—which airs in reruns on Antenna TV Saturday mornings at , and The Sixth Sense (1972), which was later cut up into segments for the syndicated run of Rod Serling’s Night Gallery.  That’s the only version of the series I’ve seen; I was only eight when the show first aired but I remember a young friend of my sister Kat’s who endearingly told her that “Sixth Sense was fooky” (he meant “spooky”). 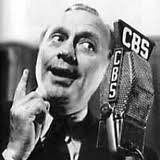 Stop the presses!  An e-mail notice informs me that the anticipated The Jack Benny Program: The Lost Episodes collection originally announced for September 11th…is in error.  According to TSOD, Shout! Factory says the listing at DVDEmpire.com is incorrect, and that the actual release probably won’t see the light of day until sometime after the new year in 2013.  (The artwork for the set is subject to change as well.)  So as far as my birthday present goes...missed it by that much.
Posted by Ivan G Shreve Jr at 4:30 PM

Thanks for the shout-out, Ivan. Always glad to be of service to the head honcho of Rancho Yesteryear. :)

Thanks for the shout-out, my friend!

Can't wait for your contribution.

All set up for the Summer Under the Stars blogathon, super excited. Any chance I could possibly get a shout-out for my upcoming blogathon, the Universal Backlot Blogathon. Deets here http://journeysinclassicfilm.com/the-universal-backlot-blogathon/. Thanks