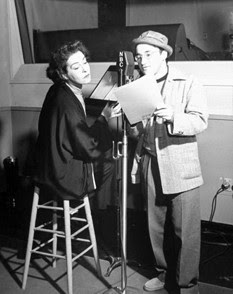 One hundred and three years ago today on this date, one of radio’s most prolific playwrights was born in the …and that individual also became a force to be reckoned with in films, television and the legitimate the-a-tah as well.  Mention “Arch Oboler” to any old-time radio fan, and it’s likely they’ll conjure up the sound of a giant beating heart (“Chicken Heart”) or a particularly nasty woman who is transformed into a cat (“Cat Wife”).  Arch didn’t create radio’s celebrated Lights Out (that honor belongs to Wyllis Cooper, who also fashioned a similar radio horror classic in Quiet, Please) but it would be hard to deny that he concocted most of its best-known fright tales.  Moviewise, there was a lot of talk on both the Facebook and Twitters about TCM’s recent airing of the 1953 cult oddity The Twonky…that film that sprung from the fertile imagination of Mr. O himself.

I wrote up a little something over at the Radio Spirits blog to commemorate Arch’s natal anniversary—the blog has been kind of dormant of late due to some shenanigans from Hurricane Sandy, and also my own bone laziness.  But we are back in business now.

While I’m on the subject of TCM and the Twitter, it’s been kind of an amazing week in that I’ve actually had the opportunity to watch a couple of flicks on The Greatest Cable Channel Known to Mankind™.  Last night, my BBFF Stacia and I traded quips during the channel’s screening of one of our favorite films (Stacia, believe it or don’t, owns three copies of this movie), The Third Man (1949).  Monday night, while I wasn’t able to see the 1924 version of Captain January (my father usually has a rendezvous with kindly Doc Maddow about that time), I did wrest hold of the TV set in time to see three of the “Baby Peggy” shorts, followed by the documentary Baby Peggy: The Elephant in the Room (2012).

Let me go on record as saying Elephant in the Room is a first-rate documentary, a fascinating and at times poignant presentation of the child star career of Diana Serra Cary, who as “Baby” Peggy-Jean Montgomery was second only to Jackie Coogan as the most popular kidlet at the box office during the 1920s.  But I also want to go on record as saying that on the basis of seeing the three shorts—Carmen, Jr. (1923), Peg o’the Mounted (1924) and Such is Life (1924)—I couldn’t quite figure out what all the fuss was about.  I have established a reputation on the Internets as a person who’s not a big child star fan (as witnessed by my teasing referrals to a certain actress as She Who Must Not Be Named) but I don’t dislike all juvenile performers.  The esteemed Scott C. of World O’Crap once jokingly accused me of not liking any kiddie thesp who wasn’t in Our Gang; an insinuation which I resented.  (I didn’t deny it…I just resented it.) 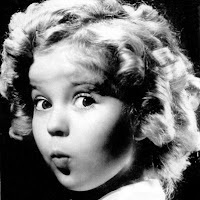 Be that as it may, I kind of made a Twitter enemy or two with my candid assessment of Peg’s cinematic talents…which I’m more amused than mad about, really.  My pal Page of My Love of Old Hollywood has joined me in pariahdom, and like myself disdains most child actors but for some odd reason worships at the .  (Page has even invited the saccharine little moppet to comment on her pictorial posts from time to time, leading you believe that sweet little Shirley somehow got possessed by Triumph the Insult Comic Dog.) 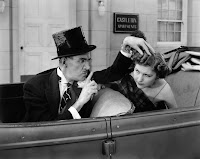 Back in May 2009, I did a post that mentioned a petition started up by comedy historian Stan Taffel, asking to convince Sony Home Video to release the twenty two-reel comedies that comedy legend Charley Chase did for the studio from 1937-40.  Sony had struck up new 35mm prints from the original masters of these shorts and had planned to release a collection after the success of their 2006 box set of Buster Keaton comedy shorts…but then that darn ol’ anemic economy put the kibosh on that.

Three years later, Sony has a volume of Chase comedies ready to go that will be released on January 1 of the new year (a great way to usher in 2013, I think) and though it’s one of their MOD releases (which means that the shorts will be on DVD-R), it’s encouraging to even get them out to the public…and in brand-spanking-new prints as well.  All of the Chase Columbias I own are on DVD-R anyway, but according to Stan the first volume set will contain three Chase shorts I have not seen: The Awful Goof (1939), The Chump Takes a Bump (1939) and South of the Boudoir (1940).  The remaining shorts on the disc will be the Charley Chase classics Rattling Romeo (1939) and The Heckler (1940), the not-so-classic Man Bites Lovebug (1937) and The Mind Needer (1938) (two of the worst, in my opinion), and a short I like but I may be in the minority, Skinny the Moocher (1939).  (There’s also a bonus short, 1939’s A Nag in the Bag, that while directed by Chase stars vaudeville legends Joe Smith & Charlie Dale.)

The SRP on this disc is $20.95 but Amazon has a pre-listing for it at $14.67, and while the money situation is non-existent here at Rancho Yesteryear (we’re so broke we can’t even pay attention) I hope to put this little baby in my shopping cart before its January release.  (If I can swing it, I will make sure that the November Milestone release Cut to the Chase: The Charley Chase Comedy Collection accompanies it so it will not be lonesome.)  For those of you unfamiliar with this amazing comedy talent—might I suggest a purchase of Kino’s The Charley Chase Collection 2?  They have it available for a limited time at $7.99—a steal, my friends, and worth every penny.

One last minute reminder: voting for TDOY’s next Serial Saturdays cliffhanger is about to end, and so if you have an important say in what chapter play will torture me next be sure to cast your vote in the poll up in the upper right corner.  At last look, it appears that Don Winslow of the Navy has got the narrow inside track…but we’ll know for certain when Adventures of Sir Galahad concludes tomorrow afternoon.
Posted by Ivan G Shreve Jr at 4:00 PM

The word lived on, as a slang term used often by SF authors and fans alike, and came to describe any anachronism or inexplicable object left behind by careless time travelers or extraterrestrial visitors.

John Varley used it in his '83 novel Millenium, in which future folk struggle to retrieve a weapon inadvertently left behind in a time travel event, before it causes a paradox.

And Carl Sagan, famously skeptical of extraterestrial visitation, used it once in a JPL lecture in answer to the question of just what evidence there was that it hasn't happened:

What he meant was that if there had been extraterrestrial visitation, there would surely have been something found somewhere which was obviously not of present day earth manufacture-- even something as simple as a crumpled gum wrapper of a brand not manufactured on Earth.

Not even an intelligence advanced enough for interplanetary travel is that tidy, he figured, and I agree.

I wasn't aware of the film-- I knew about the short story by Kuttner and Moore-- and alas, netflix is no help. But hooray, youtube comes through again.

Whew, last add The Twonky, at first sort of charming but then turning into kind of a tough slog. No one ever accused Arch Obeler of overly subtle humor, that's for sure!

Still, an interesting artifact, and I noted with some amusement that the Twonky nannied every aspect of Cary West's life and health, regulating his intake of alcohol, coffee, etc.--

But had no problem with the Chesterfields!