The people have spoken! 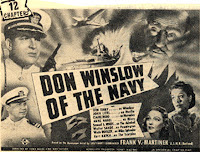 All the precincts have been heard from…and the provisional ballots have been tabulated.  Next Saturday, we’ll dig into Chapter 1 of Don Winslow of the Navy (1942) for our next Serial Saturdays offering.  (I have a sneaking suspicion this one got picked because of its shorter chapter length…which I have no quibble about, by the way.  Galahad was fun, but it was also a cliffhanger that they could have wrapped up in about five chapters, to be honest.)  After we finish the naval adventures of Mr. Winslow, I’ve already tabbed what’s next in our regular Saturday feature…but after that one, I may have to construct another poll (though I am leaning toward the Green Hornet sequel, The Green Hornet Strikes Again!). 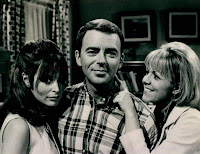 Another “coming distraction” (one you may have already spotted a promo for here on the blog) will be an episode-by-episode recap of TV’s The Doris Day Show, which will begin shortly after I wrap up the blog’s Mayberry Mondays next year.  I had several people suggest suitable sitcoms to mock after the R.F.D. journey had been completed and all of the suggestions I received were good ones…but I wanted something that was every bit as bland as Mayberry R.F.D., and I think is more than up to the task. 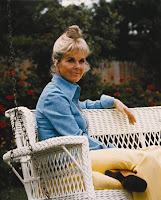 When I first started the R.F.D. write-ups, it only made sense to do them on Mondays (though I freely admit there was a time or two when I had to do a “Mayberry Tuesday” when I missed a deadline) because for the show’s three-year-run on CBS, it was a Monday night staple.  I had planned to do the same for what will be called Doris Day(s)—the only problem is, ’ sitcom was on Tuesday nights in its first season before moving to its permanent Monday night home in Year 2.  So here’s the new poll up in the upper right hand corner—to preserve the integrity of The Doris Day Show, should the new feature be a Tuesday thing (but only for the first season; I’ll move it to Mondays in its sophomore year) or should I just not nitpick and do it all on Mondays anyway.  (This is not a scientific poll—I’m just curious to get some feedback.  Oh, and in case some of you are unable to do the poll for evil Internet browser reasons, you can fill out a provisional ballot in the comments.) 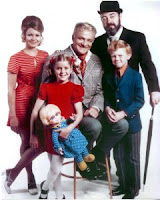 Oh…and I apologize for not mentioning this sooner: one of the sitcoms I was considering for a weekly snark takedown was Family Affair; the 1966-71 series that I had to watch with my sister Kat because we only had one TV back then.  Affair was a very serious contender…but in the end, I couldn’t risk being exposed to the treacle involved so I took a pass.  However, a braver soul made of sterner stuff than I has risen to the challenge over at Embarrassing Treasures; you should skate on over there when you get a free moment and check out that site’s Family Affair Friday (it’s pretty hooty and not nearly as longwinded as my Mayberry wrap-ups).

A reminder to those members of the TDOY faithful interested in entering the blog’s Scrooge Giveaway: you need to make certain (if you have not done so already) that you e-mail an entry to me (with “Scrooge Giveaway” in the subject header) at igsjrotr(at)gmail(dot)com before tomorrow evening (Monday, December 10).  Tuesday morning, I’ll mosey over to Random.org and choose a winner, who will receive (1) one DVD copy and (1) Blu-ray copy of the 1951 version of A Christmas Carol (aka Scrooge), courtesy of the fine people from VCI Entertainment.  (When you enter, you can hold off on supplying your snail-mail address until it’s been confirmed you’ve won the swag.)  As I have stated so often in the past, the 1951 movie is my favorite of all the versions of Charles Dickens’ classic Yuletide tale…so this is going to make a wonderful Christmas gift for some lucky person or, if they’re feeling generous, a family or friend of their choosing.

Speaking of wonderful Christmas gifts (how does he do it? I hear you asking) though the holidays seem to become more and more focused on making sure both my nephew and niece are as loaded down with as much swag as possible (and believe me—I have no problem with that), mi madre did inform me that she has purchased something that I have had my eye on ever since the announcement was made that Sony had every intention of selling the bonus stuff (all of the solo Stooge shorts and the features Rockin’ in the Rockies and Have Rocket Will Travel) from the honkin’ big Three Stooges box set in a separate package.  Entitled The Three Stooges: Rare Treasures from the Columbia Vault, it’s a three-disc collection of the stuff I previously mentioned in the parenthesis above and it will be finding a home here at Castle Yesteryear along with my other Stooges DVD acquisitions.  So I am jazzed about that. 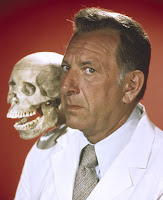 And now, a few quick mentions of some upcoming TV-on-DVD releases, courtesy of TVShowsOnDVD.com: Shout! Factory has announced that even before the fourth season of TDOY fave is due out on the streets this December 18th, season five of the 1976-83 Jack Klugman starrer is already in the pipeline, and will be released on March 19th.  A 6-DVD set (containing all 22 episodes) priced at $39.97 SRP; I’m really glad that Shout is continuing this series, and am hoping they go all the way with this one without sticking it in their Select program (or even worse, offering the remaining seasons in a box set without the option to purchase seasons separately).

In the “cold-cereal-and-footy-pajamas” department, TSOD announces that the long-awaited release of the manga-tokusatsu classic Johnny Sokko and His Flying Robot (Giant Robo) is back in the disc race—you can read the long, twisted history of the pre-orders involved in this show but the most recent news reports that Shout! will also be in charge of this release, with a release date of March 26th and a SRP of $27.98 for a 4-DVD collection that will contain all twenty-six episodes of the program that began syndication in this country in 1969 (though originally airing on the Japanese television network NET in 1967-68).

And in the “waiting-for-the-other-shoe-to-drop” department, TSOD has news that the second season of Saturday late night favorite MADtv will be released to DVD also on March 26th…nearly nine years after its first season release in 2004.  Shout! Factory has licensed this series for DVD distribution from Warner, and a 5-disc set containing all 22 shows from the series’ second year will be made available at a price of $29.93 SRP.  I had the first season set of the show many, many moons ago (probably found it on sale somewhere…later hawked it on eBay) and though every once in a while they’d have a sketch on there that would make me laugh I can’t honestly call myself a devotee.  But it’s where I first proclaimed my love for Nicole Sullivan (which later continued on The King of Queens) and Debra Wilson (I refuse to drink Sierra Mist, but her and Nicole’s commercials for it used to make me smile)…and for some odd reason, the sketch with Will Sasso as Kenny Rogers hosting Jackass always left me in hysterics.  (I won’t try to explain it if you don’t judge me.)
Posted by Ivan G Shreve Jr at 4:00 PM

Thanks for mentioning my Family Affair posts! Your work on Mayberry RFD is certainly an inspiration to me as I face the prospect of four and a half more seasons in Buffy-and-Jodyland. Looking forward to your Doris Day snark!