“Thirteen…thirteen children, and I love…I love them all. And I think I’ve been a good father to all of them.” – Anthony Quinn 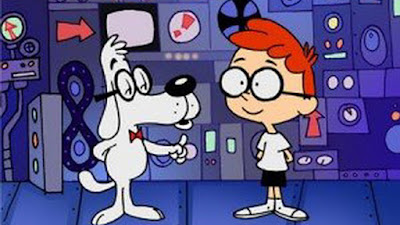 In the future, when someone has perfected time travel, I hope no one takes that WABAC machine to November 4, 2003 and informs me that the little “blog” I have decided to start will still be going strong thirteen years later.  Only because I’ll probably have a hearty chortle at that traveler’s expense.  Honest to my grandma, I never thought Thrilling Days of Yesteryear would last as long as it has…but it has.

To be honest—I gave serious thought earlier this year to folding up TDOY’s tent and riding on to other small towns that needed a sheriff; not because I didn’t enjoy writing posts (I love that new blog smell after I’ve finished one) but because I had kind of slipped into the nasty habit of neglecting the site, primarily to this crippling laziness that I have had to cope with nearly my entire life.  The temporary DISH Austerity Program here at Rancho Yesteryear yielded positive results in that it was a catalyst in getting my fat, sloppy carcass into gear and start once again being productive; when the Program went into receivership, I was worried that I would resort to my previous slothful ways.  But 2016 has already administered a beatdown to the previous year in terms of postings (50 in 2015…99 and counting in 2016), and though I am concerned about the backlog of movies building up on the DVR, I’m gambling I can address that issue in February of the next year—when The Greatest Cable Channel Known to Mankind™ is running 31 Days of Oscar. 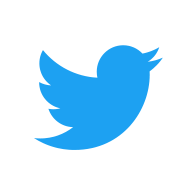 I’ve even—against my better judgment, I know—rejoined the ranks of Twitter, and it’s every bit as awful as I remembered when I said “no mas” back in May.  But the classic movie folks there are damn good people, so they make the tweeting experience a positive one.  If you’re interested, my Twitter handle is @tdoyleft.  Looking forward to saying “hidy” to you.

I’m going to cut the blogiversary commemoration short (if you hear weeping, that’s me—because I can’t enjoy cake and ice cream with you) but I do want to remind you that TDOY’s latest giveaway (a chance to win the Radio Spirits Fibber McGee & Molly collection Cleaning the Closet and The Great Gildersleeve set For Corn’s Sake) ends Saturday night (November 5) at 11:59pm EDT.  You need to follow the directions here if you want to enter (the responses have been very encouraging!).  I want to thank each and every member of the TDOY faithful for sticking with the blog all these years (even during its fallow periods) and wish all you cartooners a great weekend.
Posted by Ivan G Shreve Jr at 12:00 PM

You inspire me in my "even less than fallow" empty period of writing. Congratulations, Marlo(n) -- do keep going!!

Congratulations on your anniversary, Ivan! Yesteryear is one of the best blogs going. For a slothful guy, you're a masterful writer and I enjoy every visit.

Congratulations on your anniversary, Ivan! Keep up the excellent work!

Congratulations! You still got it!

Congrats from me too as well, Shrevie!

Congrats on the blog achieving its teen years, Ivan.

Happy blogiversary, Ivan! As a fellow victim of lazyosis (who is peeved, yet relieved, that we don't have our own version of the Special Olympics, because my advanced condition makes it too much work to even show up and collect a medal), I can attest that keeping anything going for a baker's dozen of years is no mean feat. Let alone a blog, which requires research and thinking and typing -- all things contraindicated by lazyosis.

So while there is no cure, there is hope. Hope that today is the day we'll finally get off our ass and go into that other place where the computer is so we can sit on our ass, but maybe not play solitaire, but actually write something.