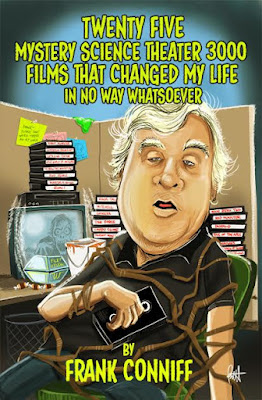 In retrospect, I probably shouldn’t have plunked down $4.99 to purchase the Kindle version of Frank Conniff’s Twenty Five Mystery Science Theater 3000 Films That Changed My Life In No Way Whatsoever.  It’s not that it’s a terrible book, you understand; some of it is quite funny in parts.  But once you’ve finished, you come to the realization that you’ve just digested a tome with all the nutritional value of cotton candy.  (There is, however, a reason why I bought this book…but it won’t be revealed until next week’s review, so stay tuned to this space.) 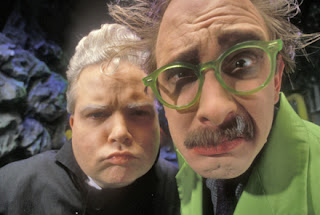 Frank Conniff is a writer-comedian-erelybout next week.e might make you want to wait until BookBub offers it up at a sale price, like the book penned by anothe who was hired as a member of the writing staff on Mystery Science Theater 3000—the cult TV classic in which people made snarky comments during cheesy science-fiction and horror movies—in 1990, a year after the series had made the leap to national prominence on cable’s The Comedy Channel (later Comedy Central).  (MST3K had begun in 1988 as an offering on Minneapolis’ KTMA-TV.)  Conniff then demonstrated a flair for the buskin playing “TV’s Frank,” the bumbling assistant to mad scientist Dr. Clayton Forrester (Trace Beaulieu), and was eventually assigned the task of selecting the movies that would be riffed on the show.  (Conniff once stated that he would often have to sit through twenty godawful films in their entirety to find the perfect piece of odious cinematic fromage for the MST3K treatment.) 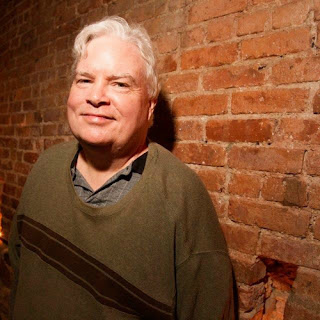 “I could try to remember all the celluloid water closets I viewed, but I don’t think my psyche could survive such a tortuous thought experiment,” Frank writes in the book’s foreword.  “So I have narrowed it down to twenty-five films.  I will talk about the effect they had on me and how those films changed my life in no way whatsoever.  I will mention a few other movies that we didn’t riff on MST3K and also talk about any other useless crap that happens to pop into my head.”  I think Conniff should have bolded and italicized that last part of the sentence; I was looking forward to reading a book where the author gives us a history on the nuts and bolts of an entertaining TV show…and instead, he seems to be addressing the audience at an open mike night.

Occasionally, Conniff offers up some entertaining anecdotes on some of MST3K’s most notorious efforts—take this section on one of the show’s legendary bad movie takedowns, Manos: The Hands of Fate (1966): 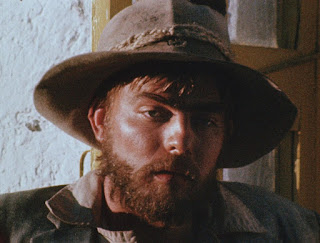 I am partly responsible for Manos: The Hands of Fate’s status as one of the most famous bad movies ever made.  Knowing this, would you feel bad if you saw a temperamental Italian guy beating me to within an inch of my life in the middle of an open fire hydrant on a New York City street during a hot summer day?  If you saw me kick my feet through a car window as I was being strangled to death, wouldn’t you feel worse for the window than you would for me, knowing that I was one of the main reasons you are aware of Manos: The Hands of Fate?

It happened one day at the Minnesota offices of MST3K in beautiful downtown Eden Prairie.  I pulled a VHS copy of Manos out of a box of screeners.  I watched it and I knew it was a film that Mystery Science Theater 3000 had to do.  My colleagues agreed with me, and the world as we know it was never the same.  In the world of cheesy movies, Manos: The Hands of Fate is my original sin, and there’s not a rosary bead long enough to atone for what I did. 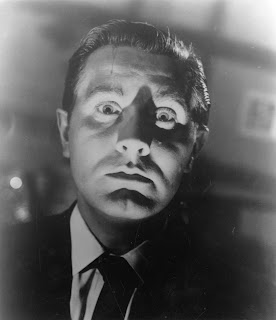 Other chapters in Frank’s book included such delightful slices of Camembert as It Conquered the World (1956), The Amazing Colossal Man (1957), Santa Claus Conquers the Martians (1964), and yes, the ever-popular Mitchell! (1975).  In his section on Bride of the Monster (1955), Conniff observes of the notorious Edward D. Wood, Jr.: “Yes, his movies are what noted film theorist Sergei Eisenstein would call batshit.  They are poorly written, directed and acted.  Anything that might be taught in a school for the arts was never taught to Ed Wood.  All of his movies would get a failing grade in a film class.  Hell, they’d get a failing grade in shop class.”

The problem I had with the book is…I’m only a casual MST3K fan.  I watched the show, but at the risk of courting blasphemy, I wasn’t what you would call a dedicated disciple.  It would have been nice if Conniff had included a plot description in each of the entries (on some of them he does…but most of the time he’s depending on whether or not you remember the movie).  In one such chapter on The Girl in Lover’s Lane (1960), he decides to do an extended riff on teen sexuality—as in an observation on the squeaky-clean June Allyson: “A good actress and a delightfully wholesome screen presence, she sent a message to America that said, in essence, ‘Hey, kids, I’ll keep it sexless up here on the movie screen, so you guys can make things as sexual as possible in the theater seats’…It’s quite appropriate that The Stratton Story helped many kids get to first base.” 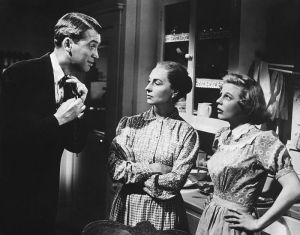 At the end of each chapter, there’s an amusing device known as the “F.B.I. Obscure Reference Task Force Report”—which explains to the reader what some of the pop culture references that went sailing over their heads mean.  “Did you know that The Stratton Story is a baseball film that starred Jimmy Stewart and June Allyson?  No?  Then you probably didn’t get the first base joke.”  Some of this is genuinely hysterical (like explaining who Grady Sutton was), but to be honest—if you didn’t have a working knowledge of pop culture, I question your commitment to watching MST3K in the first place.

This book will probably be best-received by the MST3K faithful—and even though I wasn’t as committed to the show like some folks I know, it did provide some hearty guffaws while I perused its chapters.  But its skimping on substance might make you want to wait until BookBub offers it up at a sale price, like the book penned by another MST3K alum which I’ll talk about next week.
Posted by Ivan G Shreve Jr at 7:00 AM

I might have to check that out - I'm probably more of an MST3K fan than you. Can't wait to read the review next week.

I will note that I lived in Minneapolis when the show started, saw the very first episode (a double-feature!) on KTMA. I had no idea that, nearly 30 years later, I'd still be watching it on Saturday nights!