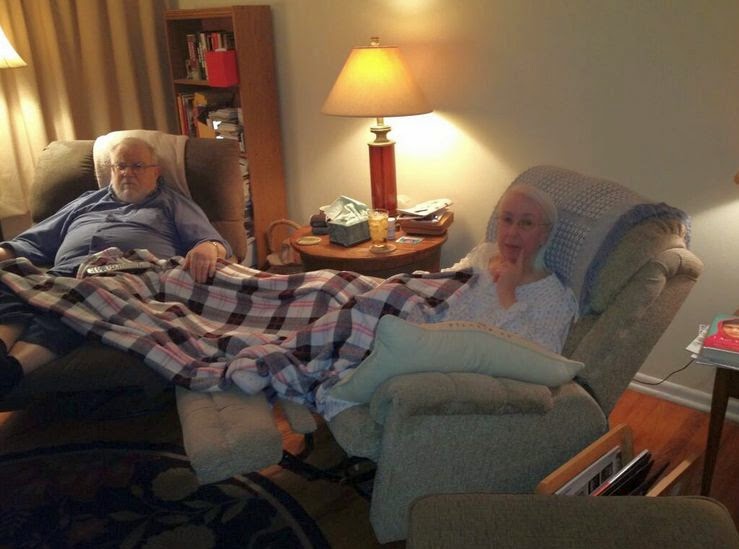 Guess who’s celebrating a wedding anniversary today?  Yes, it’s the blogosphere’s favorite comedy couple, Ivan (Sr.) and Irene, more familiarly known here at Thrilling Days of Yesteryear as “the ‘rents.”  (Or “Los Parentes Yesteryear,” as my pal Brandie once memorably tagged them.)  They were married on this date in 1962, and continue to defy the odds season after season by being renewed in perpetuity.  I’d be hard-pressed to explain their longevity, except that they simply excel at making it work.

This morning, the ‘rents were nice enough to invite me along to their breakfast celebration at The Cracker Barrel (I know—I was afraid things would get out of hand and the police would be called in).  Truth be told—I’m not a fervent fan of the Barrel, but I pushed aside my usual tendency to order the combo breakfast with the biscuits and the gravy and the grits and instead had my favorite, blueberry pancakes.  They were indeed most excellent.  (The sausage patties I ordered on the side…not so much, but then I’m more of a link man.)  Both Mom and Dad have noticed that the quality of the Barrel’s cuisine has seen a decline in recent years (the last time we went was on Election Day and the biscuits were like hockey pucks), so a return trip might not materialize unless things improve.  (If anyone with the organization is reading this—you seriously need to step up your game.) 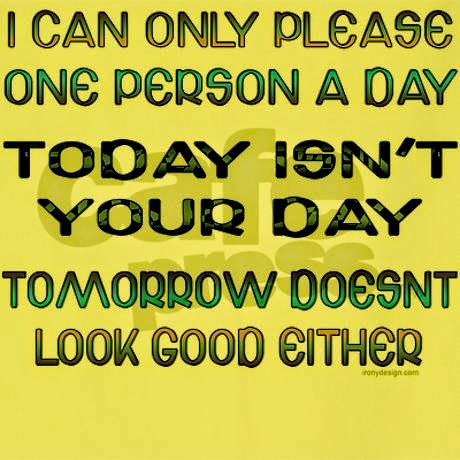 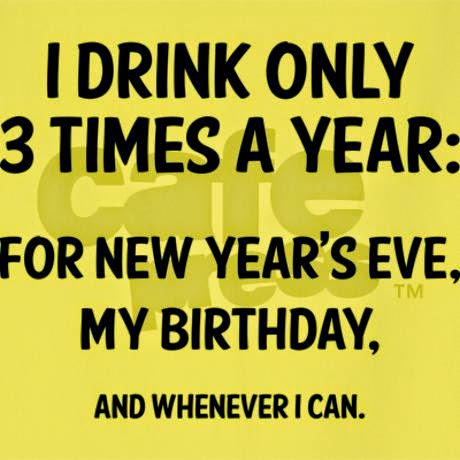 …and I complied, courtesy of Café Press.  There will be much feasting and merriment later this evening (Mom is making her favorite dinner, filets mignon) but I just wanted to nibble a tiny bit of bandwidth to wish my parents the happiest of anniversaries…because I dearly love them so.
Posted by Ivan G Shreve Jr at 12:00 PM

Congratulations to the happy couple!

How wonderful to have been married for 52 years! It's a testament to love and incredible tolerance.... say, why is your Mom (Irene to me) having to cook on her anniversary ... just a little hint that Junior ought to at least heat up some hot dogs and tater tots. Hardy har....

say, why is your Mom (Irene to me) having to cook on her anniversary ... just a little hint that Junior ought to at least heat up some hot dogs and tater tots

We try to avoid mentioning The Great Kitchen Fire of 2002 if at all possible, Beck-o. Unless you want Mom (Irene to you) curled up in a fetal position and weeping.