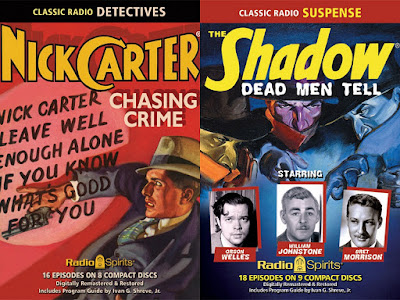 Apologies for not getting this up on the blog earlier this morning.  I was wide awake at 4:30am, and thought about nipping out to the old laptop to put the post together so it would go “live” (an expression we use in the blogging bidness) at 7am but instead I just turned over and willed myself back to sleep.  Today is my father’s natal anniversary; he celebrates Number 85 (though “celebrate” is probably not the word he would use—he jokingly told me he’s going to start counting backward from now on, so he maintains he’s 83) and as such, Mom has whipped up a lot of his favorites in the kitchen here at Rancho Yesteryear.  This morning’s breakfast menu: sausage gravy and biscuits.

In examining the Thrilling Days of Yesteryear prize closet last week, I learned to my dismay that there were only two items left…and they were way in the back, where I had difficulty seeing them.  (I have an appointment with the optometrist this week.)  So I have decided to do another TDOY “bundle,” seeing as both prizes have a connection to what Dictionary.com defines as “fiction dealing with lurid or sensational subjects, often printed on rough, low-quality paper manufactured from wood pulp.” 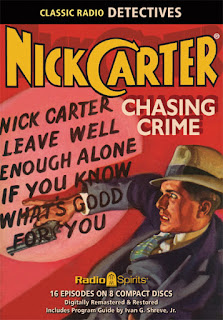 In May of 2010, I gave away copies of Nick Carter, Master Detective: Volume 1—a Radio Spirits collection featuring eighteen broadcasts from the popular radio series featuring the shamus author/pulp fiction historian John J. “Jess” Jevins once described as “the grandfather of superheroes.”  (The set is now OOP, so consider yourself fortunate if you snagged a copy.)  I didn’t do the liner notes on that collection—come to think of it, I don’t think it had one—but I did compose the booklet for Chasing Crime, another Nick Carter radio show compendium released in 2015.  This set (SRP: $31.95) hosts sixteen episodes broadcast between 1945 and 1949.

Though he’s often classified as the American answer to the legendary British sleuth Sherlock Holmes, Nick Carter made his first literary appearance nearly a year before the Baker Street investigator, in “The Old Detective’s Pupil; or, The Mysterious Crime of Madison Square,” written by John Russell Coryell and published by Street & Smith’s New York Weekly in the September 18, 1886 issue.  Nick would eventually graduate to his own magazine in Nick Carter Weekly, and when that ceased publication in 1915 “the most famous of all manhunters” moved to the company’s Detective Story Magazine until 1927.  In the 1930s, the popularity of The Shadow and Doc Savage led to a revival of Carter in Nick Carter Detective Magazine, and Carter’s career in comic books, films, etc. was set—a radio version of the shamus premiered over Mutual on April 11, 1943, and became one of that network’s most durable programs until September 25, 1955. 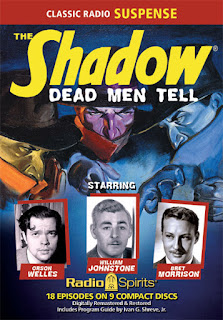 Carter’s comic book career began with Shadow Comics in March of 1940; the namesake of that magazine also enjoyed a long, healthy stay in the pulps though his fame started as the host of a program inspired by a magazine he didn’t even appear in!  The Detective Story Hour debuted over CBS Radio on July 31, 1930, and “The Shadow” was the unseen narrator of a dramatic anthology sponsored by Street & Smith to promote Detective Story Magazine.  Within a few months, news dealers started getting customer inquiries as to if they sold a magazine with “that Shadow character from the radio.”  Street & Smith moved quickly to get a Shadow magazine into circulation, which they did in April of 1931—the first adventure, “The Living Shadow,” was written by Maxwell Grant (the nom de plume of author/magician Walter B. Gibson), and Grant would eventually become The Shadow’s “biographer,” cranking out the equivalent of 283 novels.  (He liked to write.  He liked to write a lot.)

The program that listeners remember as The Shadow didn’t come into being until the fall of 1937 on Mutual, with the mysterious hero taking center stage, clouding men’s minds so that they could not see him.  Eighteen classic broadcasts of that long-running series (it was heard over Mutual until 1954) are available in Dead Men Tell (SRP: $35.95), featuring Orson Welles, Bill Johnstone, and Bret Morrison taking turns portraying the crimefighter “who knows what evil lurks in the hearts of men.”  (I wrote the notes for this collection, too—my third for Radio Spirits.) 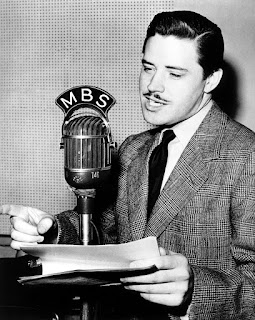 So I have a copy of Chasing Crime and one of Dead Man Tell to hand out to one lucky member of the TDOY faithful…here are the rules of the giveaway:

2) Make sure you are a U.S. resident or have a U.S. mailing address.  (Even though it’s a new year, the wolf is still at the door of the House of Yesteryear.)

3) If you’ve been a previous winner of a TDOY giveaway, I ask that you wait thirty days before entering another contest only because it’s just good manners to allow those not as fortunate a chance to pick up some swell swag.  Roy Rogers would be proud of you if you do. 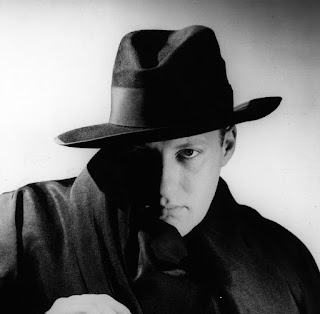 4) I will choose a winner the morning (via the Random Number Generator at Random.com) of February 12th and contact them via e-mail as to their enormous good fortune.  When you enter, it’s not necessary to provide a snail-mail address (your name will suffice) if you’re concerned about your undisclosed location falling into the wrong hands.  You can provide me the details should you receive a “Congratulations!” e-mail.

So just don’t stand there looking stupid, grasping your hands in pain—you’ve got a giveaway to enter!  And remember: Thrilling Days of Yesteryear is the phrase that pays!

The early radio episodes of Nick Carter would borrow the title format from the pulp stories ("The case of such and such...OR...Nick Carter and so and so...")
Nick would get a drastic makeover in the '60s when Lyle Kenyon Engel bought the character and turned him into a James Bond clone (Nick Carter, KILLMASTER, Agent N-3). The dozens of paperback adventures cranked out by Engel's anonymous scribes sold very well for several years.