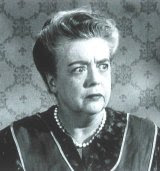 Got a momentary breather before I tackle some of the projects due this weekend and the rest of the week—in addition to our regular features, I’ll be participating in two noteworthy blogathon events, the March-on-March and the Powell-Pressburger ‘thons—but I thought I’d wipe a few items off the dry-erase board, beginning with Cap’n Bob’s request for some portraits of Frances “Aunt Bee” Bavier as a young woman.  I mentioned in the comments section of the latest Mayberry Mondays post that I knew (according to the IMDb) she had a small role in the 1931 pre-Code comedy Girls About Town, and that since that particular feature had recently been acquired from the vast She Blogged by Night film archives I would see about making it the focus of our next “Overlooked Films” some Tuesday.  But Stacia has already done the heavy lifting for me, not only with a screen cap from the film but additional photos here and here.  (I have to admit seeing these pictures left me slightly agog.)

Speaking of Stacia (smooth as glass, I tells ya); both she and I (and some of our distinguished colleagues) have been tabbed to guest host the Classic Movies blog in April.  Classic Movies, run by our good friend K.C., features links to articles of interest on classic film, as well as to sites from across the vintage movie blogosphere.  Tentatively, I have been assigned the last day of an event that will run April 17-26…which I can only attribute to my reputation of leaving blogs slightly untidy after I’m done with them, as I neglect to do the washing up.  (Insert evil, maniacal laugh here.)  No, I am kidding of course—but I am thrilled to be asked to participate…last year when K.C. did this it’s because she was great with child—this year it’s to get away from the kids.  (Okay, I’ll stop…I promise.)
As my father switched back and forth from whatever was on MSNBC last night and a particularly riveting episode of Operation Repo (ah, sarcasm…promise you’ll never leave me), I happened to look on in horror at the trailer for the Farrelly Brothers’ latest cinematic travesty—a film entitled The Three Stooges.  It’s as bad as you can imagine—three actors impersonate Larry Fine, Moe Howard and Jerome “Curly” Howard and (according to the always reliable IMDb) cast members from TV’s most repellent “reality show,” Jersey Shore, are also in it as well.  The trailer also left me agog…but not in a “cripes-look-how-young-Aunt-Bee-was” way.  I consider myself a fan of the Three Stooges, and this pathetic knock-off is, to quote Woody Allen, “a travesty of a mockery of a sham of a mockery of a travesty of two mockeries of a sham.”  I’m not even going to link to this at the IMDb for fear that you might watch the trailer and decide you like it.  I’d also like to apologize—I’m not a native Georgian, but it is my adopted state—for the fact that they filmed this stinking piece of limburger here in the .  (I blame mayor Kasim Reed for this, and hereby announce my intention to do whatever I can to insure he is not re-elected this fall.  Serves him right for thinking he had the stooge vote all sewn up.)
I received an e-mail from our good friend ClassicBecky that her surgery went okay yesterday, and apart from having to work in a carnival run by Don Rickles everything is copacetic.  (Please don’t make me explain this reference.)
Finally, a shout-out to two Facebook compadres: the first is my good friend Lloyd of mardecortesbaja fame, who is celebrating a natal anniversary today and I hope the event finds him in good spirits…particularly the alcohol kind.  The other goes to Sean Dougherty, who e-mailed me last week with some particularly exciting news for this fall, and so without further ado I’ll allow him to have the podium: 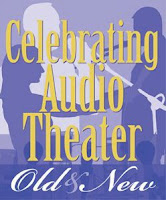 Were you one of the people stalking the halls during that final Friends of Old Time Radio Convention (1976-2011), reveling in the big crowd, exuberant atmosphere and great community?  One of the ones who thought "it would be a shame if this went away forever," or "I hope I get a chance to spend time with these people again."
Well, your wishes have been granted.  Celebrating Audio Theater - Old & New (www.celebratingaudiotheateroldandnew.org), a brand-new convention, will take place at the same old Ramada Plaza Hotel in that was home to Friends of Old Time Radio all those years.
It will feature live old time radio recreations as well as performances of modern audio drama, and a mix of panels and historical presentations familiar to FOTR attendees.
Last year's huge, enthusiastic, FOTR crowd was inspirational.  We know many of you came because it was the "last" event.  We hope that enough of you realized once you came that this community - and the art form that inspired it - is worth saving and perpetuating.
Please join us.
Celebrating Audio Theater – Old & New also has a Facebook page and can be found on Twitter (@CATOANCON – they had to add an “A” because CATON was already spoke for)…and if you’re interested in obtaining more information from Sean, you can drop him an e-mail at celebratingaudiotheater (at)gmail(dot)com.
Posted by Ivan G Shreve Jr at 11:00 AM

I've seen the trailers for the Three Stooges. I too am cringing, if but because of the Farrellys' reputation preceding them.

Will Sasso, formerly of MadTV, is an impressionist by trade, and actually nails Curly's vocal mannerisms. Likewise for Chris Dimotopoulos (sp?) as Moe. Sean Hayes, fomerly of Will & Grace, was cast as Larry and is the only question mark of the three. What the Farrellys have done is created a fictional storyline, rather than bother with the research that would go into a legit bio-piece on the Stooges, which would've been more worthwhile.

I personally don't have a problem with the scene shown in the first trailer with Moe & Snooki (Jersey Shore). Shore-haters will love it. The jury's out at this desk.

I guess I'm just closed-minded. I'm not even going to view the evidence for the guilt or innocence of the sham Stooges. I'd be under the seat within the first 5 minutes.

Wow, would I love to have been at the old-time radio convention. I am an adoring fan, and you, Ivan, have fed my greed for these wonderful shows. Bless you!

Are you going to post your contribution to the Classic Movies blog here on your site? If not, I hope you provide a link -- I'd love to follow it! Now, Rickles is calling and I have to get into costume!

Just saving the best for last my friend! The pressure is on Ivan! All I've got to say is thank heaven I am not pregnant this year. I think I'm done. I don't want the kids to out number the parents.

You know, the one that was made in Australia by Mel Gibson's production company?
(Yes, that Mel Gibson. He even did promos for the network showing.)
The one that was so serious that it should have run on Sunday morning?
The one with with Michael Chiklis (The Shield) as Curly, and Evan Handler (Sex And The City) as Larry, and John Kassir (The CryptKeeper) as Shemp, and Paul Ben-Victor (the boss Marshal on In Plain Sight) as Moe?
Please, someone tell me that I'm not the only one who remembers this.

The Farrellys have been threatening this Stooges tribute for many years.
Back in 2005, The New Yorker ran a profile of them, in which they are shown working on the "script" (I'll stretch a point as far as anyone, but really...), and discussing getting big-name actors for the roles (at this point, Russell Crowe was going to be Moe, Sean Penn was Larry, and Jim Carrey was Curly; My apologies to anyone who's eating as he reads this).
I did read the whole article, but right in the first paragraph I saw the two words that spell doom for the whole project:
bodily functions
The article goes on to detail some of what the Farrellys had in mind, which are so gross that I tried to forget them as soon as I read them, with indifferent to poor success.
I even wrote to a couple of other blogs, detailing why this movie was a transcendently bad idea; I wish I could remember which ones.

All in vain.
Now I suppose I'll have to see this "film" (stretching a point again), because I don't believe in sight-unseen condemnation.
But what I will be looking for is how true Stooge fans of long-standing react to this.
Also how serious critics react - you know, the ones who never liked the Stooges anyway.
This won't just be a train wreck.
It'll be a demolition derby.

And you have a nice weekend too.

No...I didn't see the biopic when it premiered on ABC, but I did see a small portion of it later on when it ran on AMC. Meh.

Let me just state that both hob and Mike's arguments about not judging something one hasn't seen are sound ones. My point is simply this--after seeing the trailer, I don't need to see anything more. There's an old saying: "You don't have to eat a whole egg to know that it's rotten."

I'm a Stooge fan...always have been, always will be. Hiring folks like Will Sasso (whom I remember on MadTV, and he's a talented guy) or Sean Hayes to impersonate comics whom I revere as prime funnymen is pretty much a dull pencil...it's pointless. I'd much rather sit down and watch the antics of the real Moe, Larry and Curly (and especially Shemp, my favorite Stooge) in their prime than a pale imitation.

I wouldn't have a problem with a movie in which the actors are Stooge-like or have incorporated Stooges qualities/routines into their humor -- a great example of this is the movie Brain Donors, which approximates the anarchic spirit and humor of the Marx Brothers but doesn't stoop to calling their characters Groucho, Harpo or Chico. FWIW, the new Stooges film will be a no-go for me -- I saw what the Farrellys did to The Heartbreak Kid

Brain Donors was my go-to cheer-myself-up movie for much of the mid 1990s. The theme song to it (the instrumental over the opening credits) was played at least once for the Boston Pops 4th of July celebration, which made me hugely happy.

I'm actually not a Three Stooges fan though I understand why people enjoy them, and having seen the trailer I feel really badly for fans.

For whatever reason, probably to compare with the girls in Girls on the Town, last year I looked up some stuff on Frances Bavier and couldn't find a single older photo of her. I was tickled to find two this time. She has so much makeup on in the movie you can hardly tell it's her, but the eyes give it away.