Here’s what we thought you should know

An e-mail that I received from my saddle pal Toby at 50 Westerns from the 50s last night (he’s also got another blog of interest—more on this in a sec) prompted me to sit down and compose this post, because there are some blogathons around the corner that I thought fellow classic movie/nostalgia bloggers might be interested in…and I always like to give these good people a shout-out when possible.

Our U-Verse system currently doesn’t carry the digital network offering GetTV—which is rapidly making a name for itself as an oasis for folks who treasure old movies but who either can’t afford or avoid on principle ponying up the extra simolians for The Greatest Cable Channel Known to Mankind™.  (GetTV is very similar to MOVIES!...which AT&T U-Verse doesn’t carry, either.  Swine…) The channel is able to draw deep from the extensive film library owned by Sony Home Entertainment, and though there is an Atlanta affiliate that carries the network (WUVG) it’s one of those stations you have to pick up with an antenna.  (Ask your folks what that is, kids.) 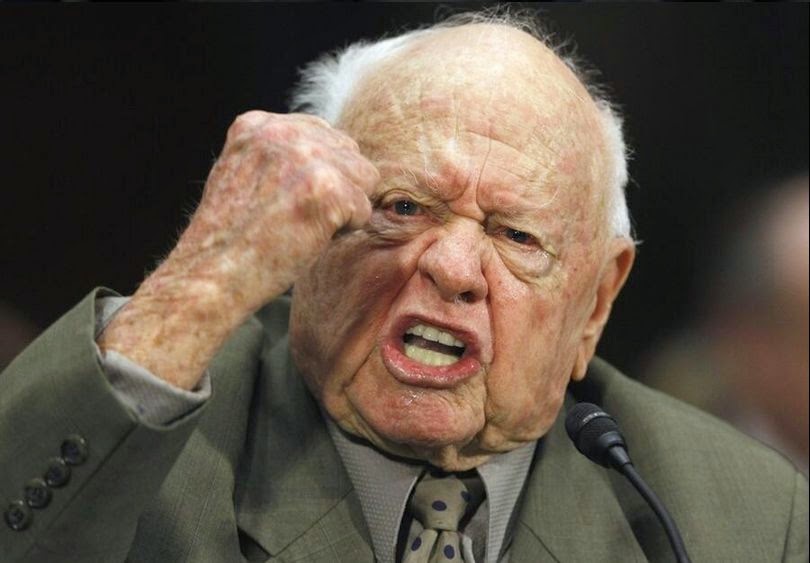 Anyway, GetTV—for reasons known only to them—is offering a tribute to the late Mickey Rooney in September…first with a marathon this Labor Day, and then with showings of the Mick’s movies on Thursday nights all month.  Now…keep in mind that since Tee Cee Em pretty much owns the majority of Rooney’s cinematic contributions lock, stock and barrel, the GetTV offerings are going to be along the lines of Sound Off (1952) and Everything’s Ducky (1961)…and I wouldn’t wish films like that on my worst enemy. 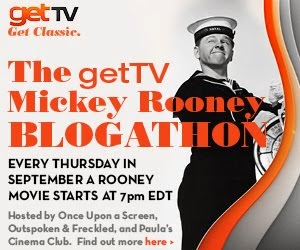 Okay, I promised to be positive about this and I see I’ve backslid a bit.  GetTV has partnered with Aurora at Once Upon a Screen, Kellie at Outspoken & Freckled and Paula at Paula’s Cinema Club to honor Mr. R on what would have been his 94th natal anniversary with The GetTV Mickey Rooney Blogathon in September.  (Again, I don’t pretend to understand what motivates these kids…but I don’t blame them—rather a society that tells its youth that the answers are on the MTV video games.)  It’s no secret here at Thrilling Days of Yesteryear that I consider Mickey Rooney to be the celluloid equivalent of prickly heat, but if you’re curious to participate, skate on over to either of those three blogs and present the proper credentials at the window. 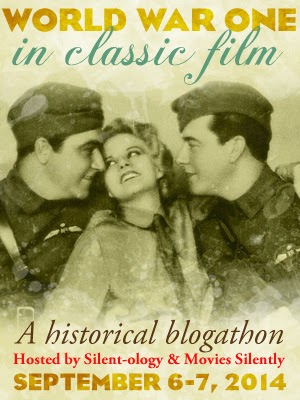 Over at Silent-ology (with an assist from Fritzi at Movies Silently), Lea will host The World War I in Classic Film Blogathon, an experiment that’s just what it sounds like—focusing on movies that deal with “The Great War” and optimistically hoping that it will be a learning experience as well.  (Crazy, I know.)  I kind of came to this one late and so most of the features I would have written about had already been snapped up so I decided to sit this one out and just be in the sidelines, rolling bandages.  But if you’re interested…then off with you, my lads and lassies.  (The WWI in Classic Film Blogathon takes place on September 6 and 7.)

On to October!  Kristina at Speakeasy raps the podium for attention with this earth-shattering announcement:

“Sorry to break it to you, but the Hollywood movies you love owe a lot to Canada…” 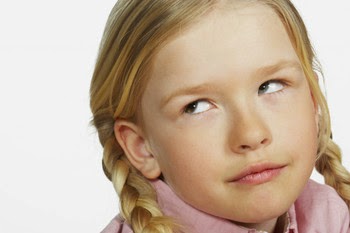 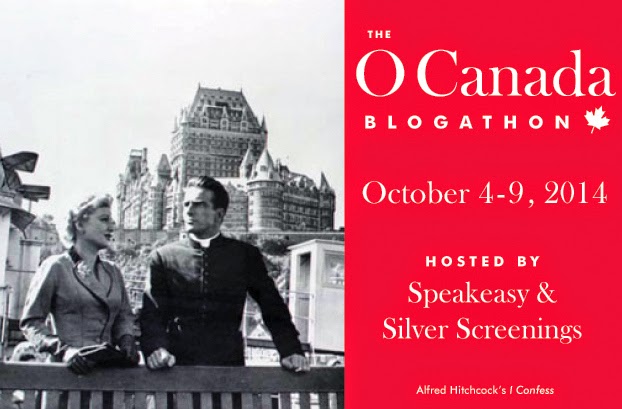 You do realize your ‘Canadian bacon’ is ham, right?  But it's Sunday and nice out, so I’ll take your word for it…anyhoo, Kristina and Ruth at Silver Screenings will co-host The O Canada Blogathon from October 4-9, focusing on films and movie people with roots in The Great White North.  TDOY has already RSVP’d for this event, and will offer up as its modest contribution an essay on the Technicolor noir Niagara (1953).  Plenty of movies and movies stars up for grabs, though—so if you’re interested click on this linky and sign up. 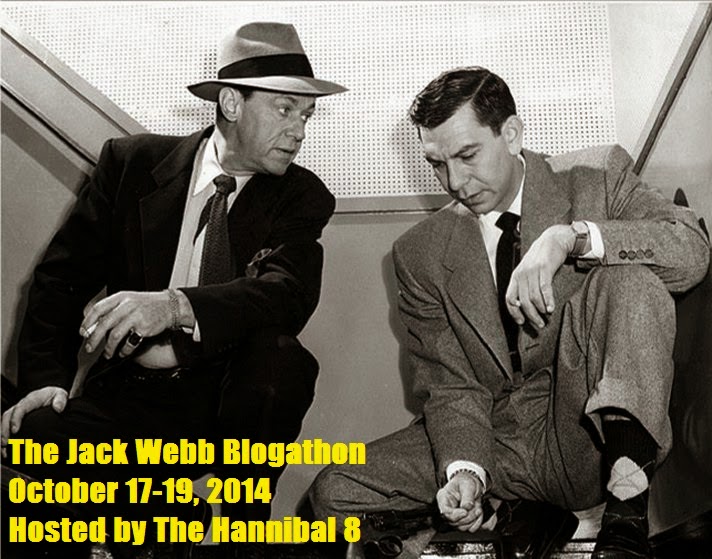 The last blogathon announcement involves the Toby I mentioned in the opening paragraph, who when not a-ropin’ and a-ridin’ at 50 Westerns chats up non-oaters from the 50s, 60s and 70s at his new blog, The Hannibal 8.  As a blog warming—because he cannot afford pizza and beer once we've volunteered to help move his stuff—Toby is going to host The Jack Webb Blogathon at his new digs from October 17-19.  Any and all things Webb will be the focus of the ‘thon, from his seminal police procedural Dragnet to his cinematic output to any of his other radio/TV offerings like Pat Novak for Hire or Adam-12.  I’ve informed Toby that TDOY is so up for this, and I’ve chosen as my text a look at the film that laid the groundwork for Dragnet, 1948’s He Walked by Night.  I know people like Our Lady of Great Caftan would love to get involved in this, and the rest of you should follow suit as well. 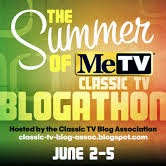 One of the perks of participating in the Classic Television Blog Association’s Summer of Classic TV Blogathon in June was that because it was in partnership with the channel responsible for transforming the once-proud TVLand into one of those bar dames who’ll sing a torch song for the price of a Jell-O shot—I am referring, of course, to the magnificence that is MeTV—public relations rep Melissa Kennedy was nice enough to send all the participating bloggers some swag in the form of a MeTV T-shirt.  But the nicest surprise was, since I was going to give the shirt to mi madre (as you know, most of my clothes come from Tents by Omar), Melissa threw in a MeTV ball cap as well.  So many, many thanks to her. 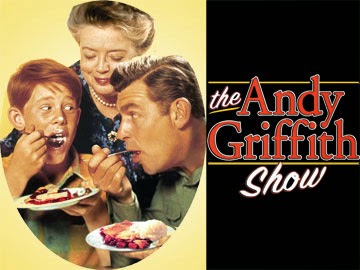 Melissa also sent me an e-mail announcing the new offerings on MeTV beginning tomorrow (September 1—Central and Mountain individuals click here); sadly, we have one of those U-Verses that refuses to carry the digital substation of WSB-TV that features MeTV (I have spoken on the Twitter machine with AT&T subscribers from other localities, and they tell me they do receive it on their system) so I will miss out on the premieres of programs like CHiPs and Saved by the Bell.  (Yes, that is sarcasm—I’m sorry, Melissa…but this is how TVLand started its decline.)  The curious thing is that MeTV will also introduce The Andy Griffith Show to its programming ranks…but (this is your big but) due to contractual reasons, MeTV can’t air TAGS in every city—so some cities will get in its place…wait for it… 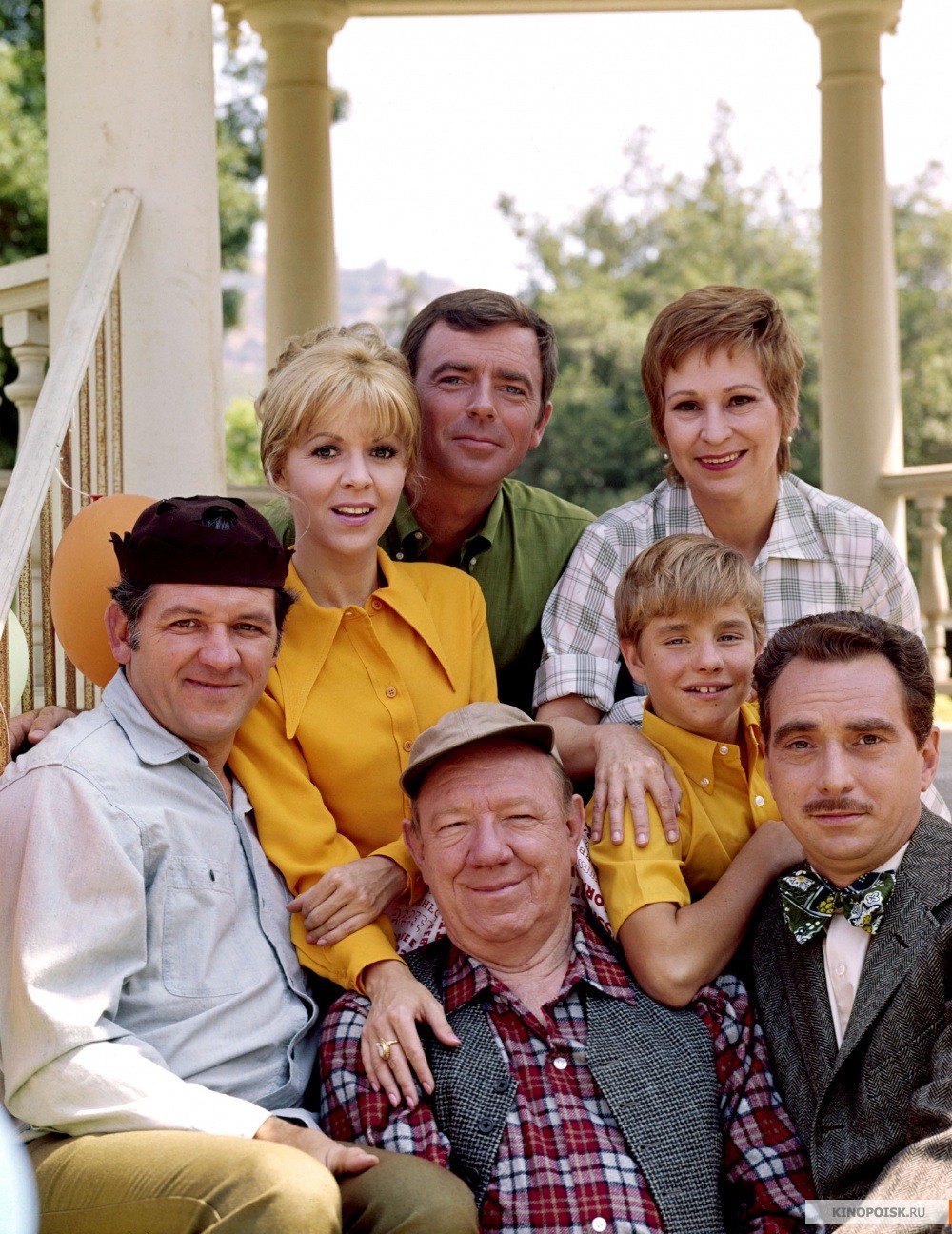 …yes, The Not-Andy Griffith Show, Mayberry R.F.D.  When our Charter first introduced MeTV to its lineup I remember that we were treated to an extra half-hour of The Dick Van Dyke Show on weekday nights because those same contractual reasons kept the network from showing its regularly scheduled offering, Cheers, in Atlanta.  (Not that this is a bad thing, for those people who know how much I worship the Van Dyke show.)  Despite the fact that WATL shows TAGS reruns at 7:30pm weeknightly, WSB-DT (our MeTV affiliate) will be running TAGS at 8 and 8:30pm.  So WSB viewers will be spared lesser Mayberry; I would have bet differently (and lost a substantial amount of money).  Many thanks to TDOY cub reporter Tom Stillabower for giving me the heads-up on the TAGS/RFD situation.
Posted by Ivan G Shreve Jr at 3:30 PM

PS: You know me too well.