Putting a wreath on The Couple’s Next Door 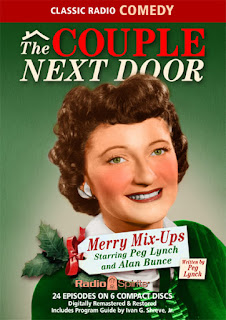 I’ve got just enough space before 2016 comes to an official close to do one more giveaway on the ol’ blog…and since this is that holiday time of the year, I figured I’d take another stab at offering up a chance to win one of two sets of the Radio Spirits collection The Couple Next Door: Merry Mix-Ups.  (There are a few Yuletide-themed broadcasts in this set, so it is most appropriate.)

Back in March, I tried to give away these sets…and to my genuine astonishment (and amusement), I didn’t get one entry.  Nada.  Zilch.  Now, I can understand why this was the case: it was at a time when the weeds had started to multiply around Thrilling Days of Yesteryear, since I had fallen into a quicksand pit of slackitude when it came to posting.  By the way, no one is more surprised than I at my recent spate of activity at TDOY; I have already doubled (and then some) the number of posts that I managed to cobble together in 2015.

Because I am committed to recycling, I’m going to borrow a few paragraphs from that original March 2016 post to give the TDOY faithful a little background on The Couple Next Door: 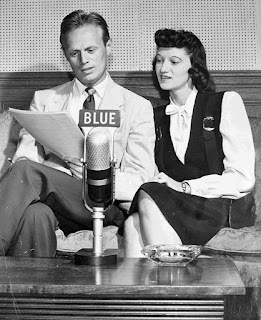 Actress-writer Margaret Frances “Peg” Lynch—who, sadly, was summoned to the Great Audition Room back in July of 2015 at the age of 98—was one of the most amazing individuals employed during Radio’s Golden Age.  Her website rightfully boasts that she was “the lady who invented sitcom”—that sitcom being The Private Lives of Ethel and Albert, which premiered over NBC Blue on May 29, 1944 (an earlier version had appeared previously in three-minute installments over several local stations at which she was employed).  It was a simple, character-based sitcom: Peg played Ethel Arbuckle (Lynch stepped in when the network brass didn’t think any of the actresses who auditioned were suitable), a typical housewife married to a typical husband in the form of Albert Arbuckle.  Albert was played initially by Richard Widmark, who eventually moved on to a stage and film career, and he was replaced by Alan Bunce…whose chemistry with Peg was quite convincing. 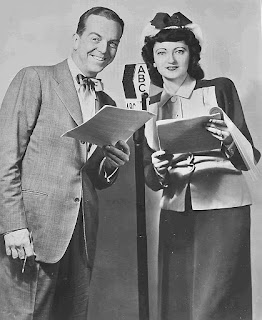 Ethel and Albert spent most of its run on radio as a five-day-a-week quarter hour—it was expanded to a half-hour in its final season before it was cancelled on August 28, 1950.  After that, it became one of the boob tube’s early successes—first as a fifteen-minute segment on Kate Smith’s variety show, and then as a half-hour series that aired on all three of the majors (ABC, CBS and NBC) from 1953 to 1956.  Lynch went on record as not being overly fond of the TV Ethel and Albert (“…I always felt it spoiled my timing…I would have to hold up for the laugh…”) so when she got an opportunity to revive her creation for CBS Radio beginning in December of 1957 she leapt at the chance.  The only snag was that because she had signed away the rights to “Ethel and Albert” sometime ago, she would have to rename the new series The Couple Next Door. 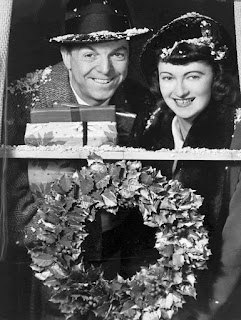 The Couple Next Door is a quirky little situation comedy in the mold of Vic & Sade (without the engaging eccentricity) and Lum ‘n’ Abner (without the bucolic wackiness).  I only had a passing familiarity with the series before I was asked to contribute liner notes, but in listening to the shows it wasn’t long before Couple Next Door worked its magic on me.  What I enjoy so thoroughly about Peg Lynch’s writing is that it doesn’t come off as writing; the dialogue sounds perfectly natural to the ear—it’s as if you caught yourself eavesdropping on a neighbor couple’s conversation by accident.  Several of the broadcasts in the Merry Mix-Ups collection are Yuletide-themed; one of the funniest is an outing that finds Mr. Piper (Bunce) having to drop off a parcel at the post office and being stymied by the nitpicky regulations that the clerk insists must be followed to the letter before it can be sent on its way.  (You have no idea how much I identified with his situation.)

As Mike “Mr. Television” Doran later noted in the comments section of the original post, Peg eventually arranged to re-obtain the rights to Ethel and Albert, since she and Alan reprised their characters in several laundry detergent TV commercials (Mike seems to recall it was Cheer, but he’s not 100% on that).  With that out of the way, here’s what you need to do to enter TDOY’s giveaway (the Merry Mix-Ups set has a SRP value of $31.95): 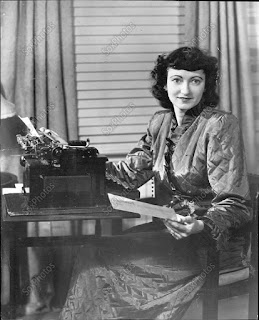 3) If you’ve won one of the blog’s contests in the past thirty days, it’s the height of proper netiquette to maybe sit this one out to allow fellow members of the TDOY faithful a more sporting chance of winning.

4) I will choose two winners Sunday morning (via the Random Number Generator at Random.com) of December 18th and inform the lucky persons of their tremendous good fortune.  Keep in mind that when entering, you don’t have to provide a snail-mail address…but I will need it once you receive that “Congratulations!” e-mail.

The swag will be sent out to the winners as quickly as I can, owing to the timeliness of Christmas and all.  So there you go—a chance to win some truly remarkable comedy from the waning days of Radio’s Golden Age, and I think you’ll be as enchanted with The Couple Next Door as I am.  Good luck to all who enter, and remember—Thrilling Days of Yesteryear is the phrase that pays!
Posted by Ivan G Shreve Jr at 7:00 AM