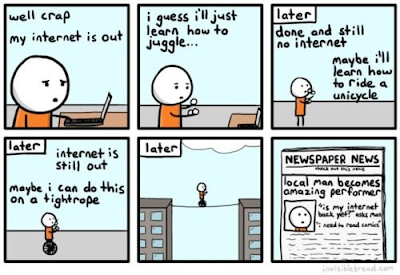 As days go…I’ve experienced better.  It started last night, when I had just finished putting the finishing touches on this blog post excuse.  The indispensable Internets stopped working for your humble narrator, and he quickly surmised—due to the inclement weather (not that I’m complaining—we need the rain)—that Windstream was apparently experiencing an outage.  (For those of you who reside in a rural area where your Internet needs depend on Windstream…you have my unceasing empathy.  They really are terrible.) 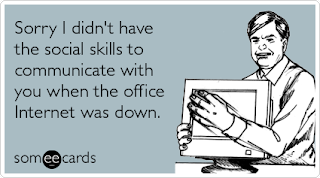 I couldn’t immediately see to the problem upon rising early this morning because I had an appointment to see my endocrinologist and that necessitated getting out the door before 7am.  (My appointment was at 8:15, and Mumsie is a stickler for being early.)  The good news is that the doctor was effusive in his praise for my progress on the diabetes front; my A1C level was waaaaay down, and overall, I’m managing it like a bitch.  (There was no celebratory donut, sadly enough.)  Having returned from the docs (and a side trip to Kroger Nation for a case of water and a bag of ice), I fired up the laptop…and learned to my disappointment the outage was still raging on. 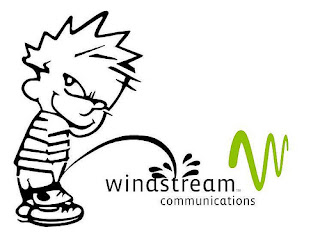 I would rather cut off a pinky finger than deal with the Windstream people.  For starters, you must negotiate one of those automated customer service deals…and this one is a real hoot, because the voice informs you: “I understand complete sentences, so speak to me like a real person.”  Unfortunately, they leave out the “stupid” between “real” and “person”; I had to repeat my phone number three times before Mr. Automated Service Rep acknowledged my existence.  Then, after going through that charade, you get to speak to a real person who makes the automated guy look like a member of MENSA.  Now, I’m very sympathetic to the fact that the real people are only making $7-8 an hour to read from a manual…but I knew the trouble had to be on their end, and this jadrool kept telling me it was on mine.  He tells me that someone from “Internal” will call me back, and that could take anywhere from 24-48 hours.

After lunch—about 12:30 my time—I decided to call Windstream again because I was growing more and more agitated.  (We give these people an arm-and-a-leg for shitty service—the least they could do is make sure the lights stay on.)  I danced the Automated Polka again, and this time there’s a message informing me that, yes, there is an outage in my area.  “Who’s the nut case now, Ray?  Who’s the nut case now?”  They said it would be up and running at 2pm (it was more like 2:45), which now brings everyone up-to-date.  Without further ado, the “my dog ate my homework” post:

In retrospect, I was certain that the first regular Thrilling Days of Yesteryear feature to bite the dust would B-Western Wednesdays. 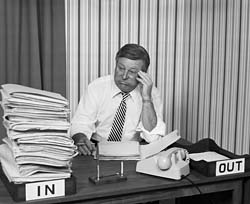 I had every intention of getting a book read this week.  I really did.  I did not anticipate, however, that I would spend a good deal of the time I normally set aside for this purpose on other pursuits.  For example, I am in the process of trying to whip a movie database into shape.  I own a lot of movies, and I like to keep track of what I have because…well, there’s been a time or two where I have made DVD purchases and then learned to my chagrin I already have a copy in the dusty TDOY archives.  I don’t do this too often (otherwise I would start to wonder if I should see my doctor about the early onslaught of senile dementia) …but if I had a nickel for every time I’ve burned a DVR’d movie to disc that I already own—or by that same token, didn’t DVR a movie because I thought I already owned it—I would be the proud owner of many nickels.  I’ve also got some Radio Spirits and ClassicFlix assignments in my inbox that will need to be completed before the ‘rents and I get away for a little R&R over the holidays. 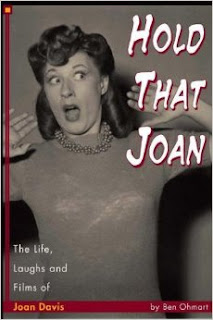 The book that I planned to crack open—Hold That Joan, by my Facebook chum Ben Ohmart—never received the crack-opening it was due.  As the deadline to have a book read and the post completed got nearer and nearer, I considered calling an audible: I bought—on an impulse buy—a cute little Kindle book entitled F in Exams: The Very Best Totally Wrong Test Answers and I devoured that in the time it takes my father to go once around the DISH channel lineup looking for a show about cops arresting people.  I cannot emphasize enough the word “cute” when describing this book, put together by Richard Benson.  In a nutshell, it’s a tome that lists questions that originally appeared on tests and the hi-larious responses from the test takers who, because they did not know the answer, did what I did on so many examinations in my high school and college days—baffle them with bovine excrement as opposed to dazzling them with brilliance.  The problem with the content in F in Exams is that none of these answers are really all that funny; oftentimes one is left with the impression that someone had a copy of Joe Miller’s joke book in their back pocket during the test. 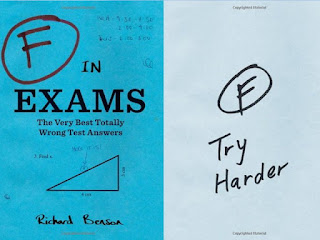 I remember a broadcast of The Jack Benny Program where Jack tells announcer Don Wilson that he has an agreement with Abbott & Costello: “We leave them alone, and they leave us alone.”  So, I decided to scrap a review of F in Exams…which necessitated deciding between continuing to read books and writing about them on the blog…or just spending that time continuing to watch and write about movies.

To no one’s surprise, throwing the book review feature under the bus didn’t require a great deal of soul-searching.  (I really enjoy watching movies more.)

I will say this: I have not completely abandoned the book review feature of this blog.  It’s just that it will not be appearing with the regularity as the other fine features you’ve come to know and love here at TDOY.  If I’m reading a book and decide to do a little write-up in a blog post, fine.  If I’m reading a book and I decide it’s not worth mentioning, also fine.  If I just don’t feel like reading…well, that’s okay as well.  (To be honest, while I’m not in the habit of giving out tips…if it were my money, I’d bet on this last one.) 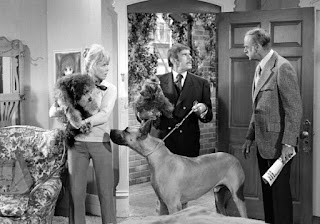 What will replace the book review feature, I hear people asking?  Well, at this point I haven’t really decided.  There are movies I watch that I’d like to write about…except they really don’t fit into the admittedly narrow parameters here on the blog, and as such, I’m thinking about allotting Mondays to give them a fair hearing.  Andrew “Grover” Leal has been pestering the dickens out of me to resurrect Doris Day(s), so there’s another option.  Which reminds me that it’s been a while since I did anything TV-related on the blog (one of the reasons I made a concerted effort to participate in the recent Classic TV Blog Association Blogathon—that, and because I thought it would be tremendous fun).  Whatever I ultimately decide, I hope the relegation of book reports to semi-regular status doesn’t disappoint too many of you among the TDOY faithful.  Tomorrow, I’ll resume with the regular blog content and Overlooked Films on Tuesdays.  (I just hope there’s not another rain delay.)
Posted by Ivan G Shreve Jr at 6:00 PM

ABBOTT AND COSTELLO MEET JACK BENNY --- now THAT is something I'd pay money to see/hear.

Remember that Johnny Mack Brown movie with Tex Ritter that you mentioned? I watched it. Maybe one of these days I'll even write about it.

Andrew “Grover” Leal has been pestering the dickens out of me to resurrect Doris Day(s), so there’s another option.

Let's put it into the form of a syllogism:

Failure is not an option.

Doris Day is full of fail.

Therefore Doris Day is not an option.

I promise I did read and enjoy the entire piece (book review or not, B western Wednesday, and the horror that is Windstream), but that stuck with me for some reason.

Our Lady of Great Caftan inquired: