The Jeff Goldblum Blogathon: Between the Lines (1977) 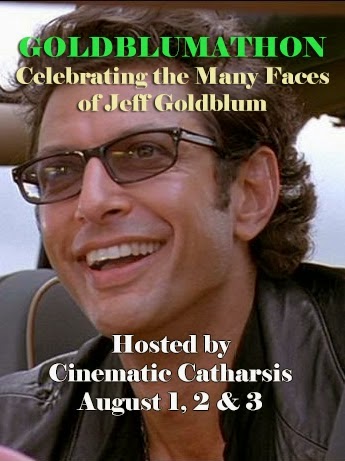 This essay is Thrilling Days of Yesteryear’s entry in the Goldblumathon, currently underway at Cinematic Catharsis from August 1-3, and spotlighting the films of one of our most treasured modern-day character thesps. Jeff Goldblum.  Participating blogs and the topics under discussion can be found here. 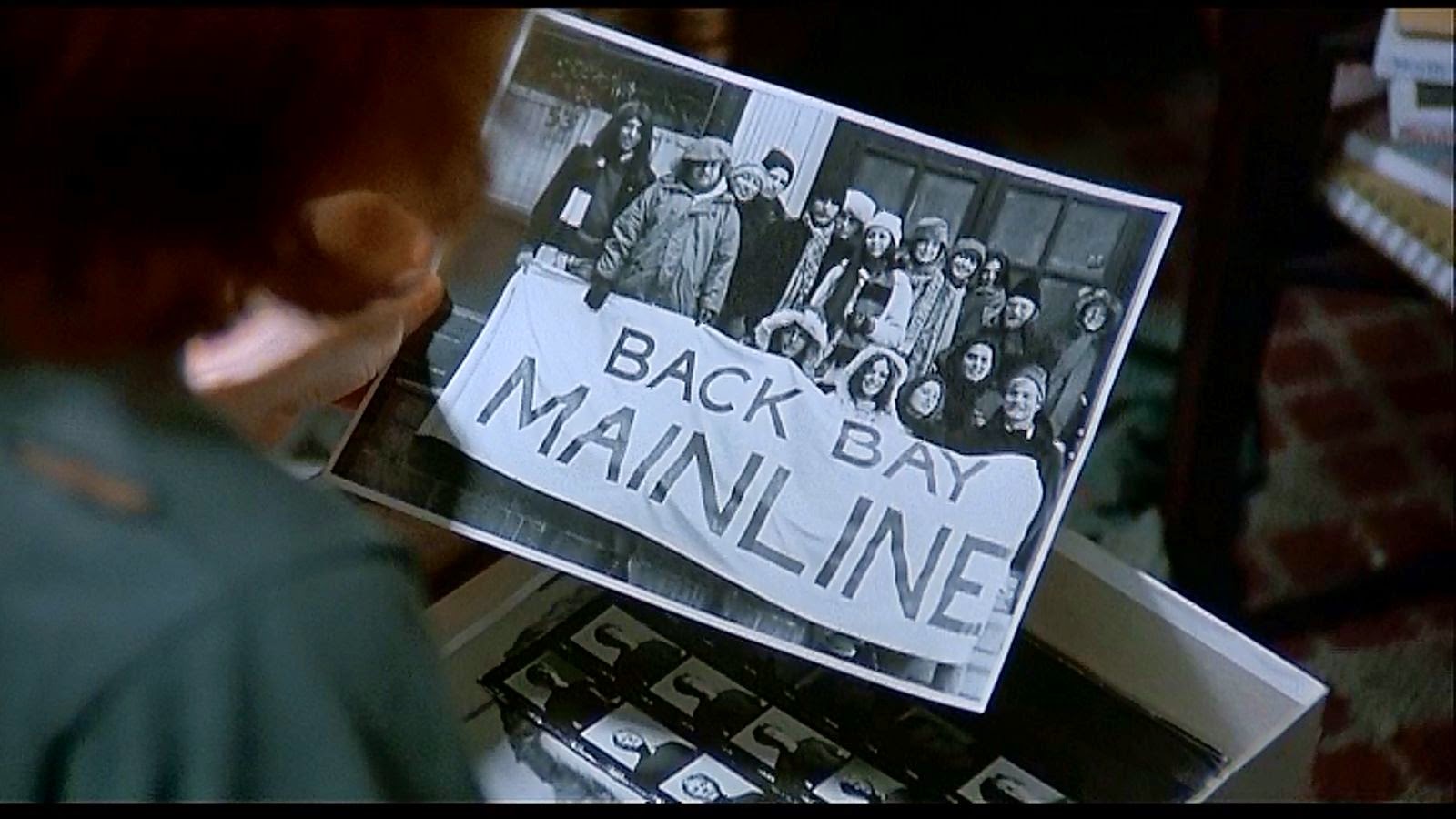 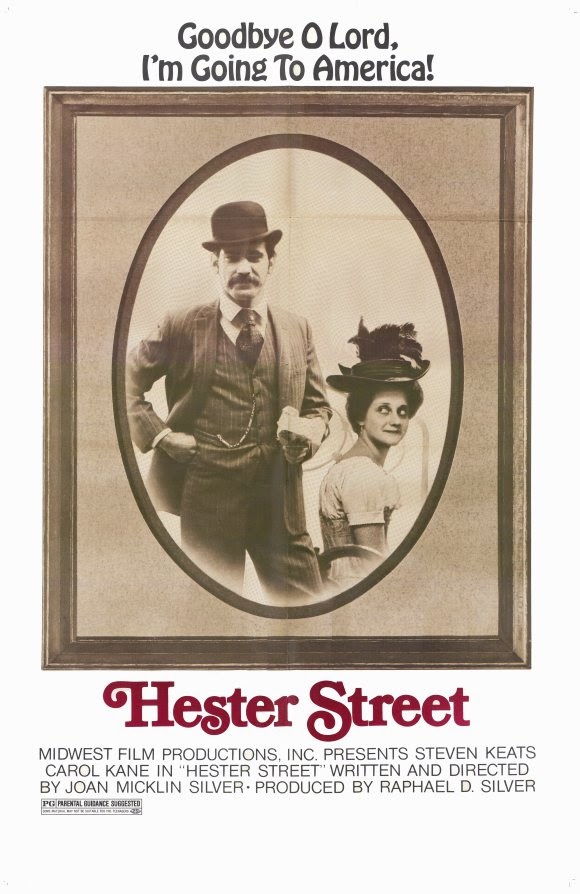 In 1975, screenwriter Joan Micklin Silver directed her first feature—an independent film based on an 1896 novel by writer Abraham Cahan entitled Yekl: A Tale of the New York Ghetto.  The book, which detailed the experiences of a newly-arrived-to-these-shores Jewish woman at the turn of the century, had special resonance for Silver, whose own family were Russian immigrants much like the characters in the novel.  No studio would finance what eventually was brought to the screen as Hester Street (the consensus was that it was “a lovely film, but for a Jewish audience”), so Silver’s husband Raphael raised $400,000 to shoot the movie under the auspices of their company, Midwest Film Productions.  Hester Street would wind up grossing $5 million in the U.S., and not only nabbed lead actress Carol Kane a Best Actress Oscar nomination but garnered Silver a Writers Guild nomination for best screenplay.  (It was also placed on the Library of Congress’ National Film Registry in 2011.) 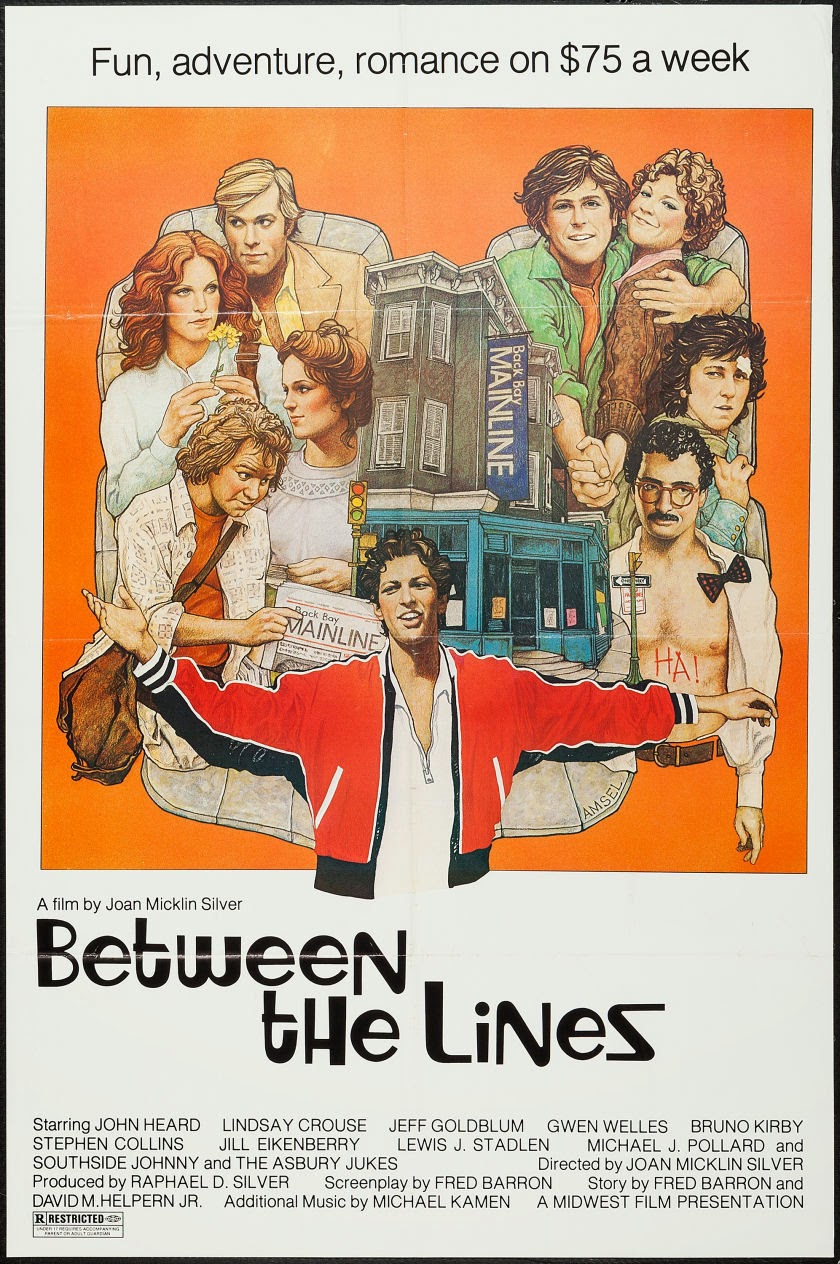 Despite the success of Hester Street, the Silvers still couldn’t get any studio to back their next project, a 1977 comedy-drama entitled Between the Lines.  So the couple were once again forced to fend for themselves.  Lines tells several stories behind the scenes of a fictional Boston alternative newspaper, The Back Bay Mainline, inspired by screenwriter Fred Barron’s earlier experiences at both the real-life The Boston Phoenix and The Real Paper.  (Director Silver had also worked at one time for The Village Voice—though that publication is considerably more upscale than the paper in the movie.)  It’s a timeworn movie cliché, I know—but Lines is one of those “best movies you’ve never seen”; an engaging vehicle that mixes solid acting with first-rate scripting, and spotlights an impressive cast of folks who would go on to bigger and better things.

A character in Lines describes The Back Bay Mainline—which began life as a “radical underground” rag before changing with the times to reflect on the counterculture—as a “way station”; it’s staffed by people on their way up and on their way down.  Belonging to the former group is Michael (Stephen Collins), a frustrated novelist who’s been accused by at least one Mainline staffer of sponging off his girlfriend Laura (Gwen Welles) while he waits for a publisher to buy his book.  (Laura not only writes for the paper, she works a second job so that the two of them can keep body and soul together.)  Michael eventually gets an advance from a company who’s going to publish his book, and he expects Laura to go with him to New York.  She, however, would rather stay in Boston, where her job and friends are. 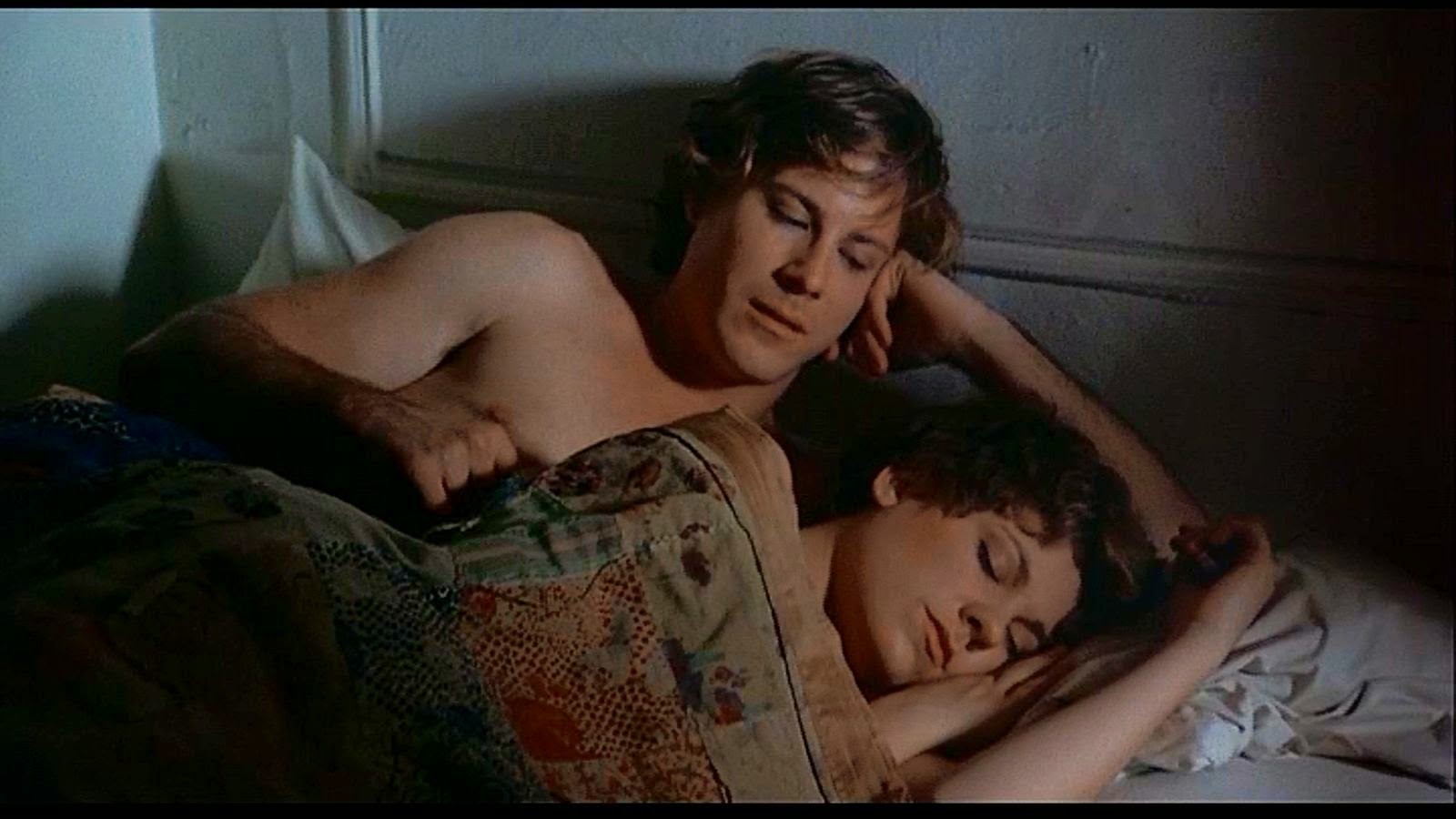 Harry Lucas (John Heard) is one of the paper’s veterans; a talented investigative reporter, he sadly lacks Michael’s determination to better himself by also writing a book, and his on-again-off-again relationship with girlfriend Abbie (Lindsay Crouse) is sailing troubled waters.  Abbie, the paper’s photographer, is fiercely independent (and damn good at her job), refusing to settle for a life where Harry writes and she “bakes bread” all day; she demonstrates this individuality in one scene where Harry is interviewing a dancer (Marilu Henner) in a strip club.  Abbie develops an instant journalistic rapport with the woman known as “Danielle,” something Harry (who’s writing an investigative piece) clearly resents. 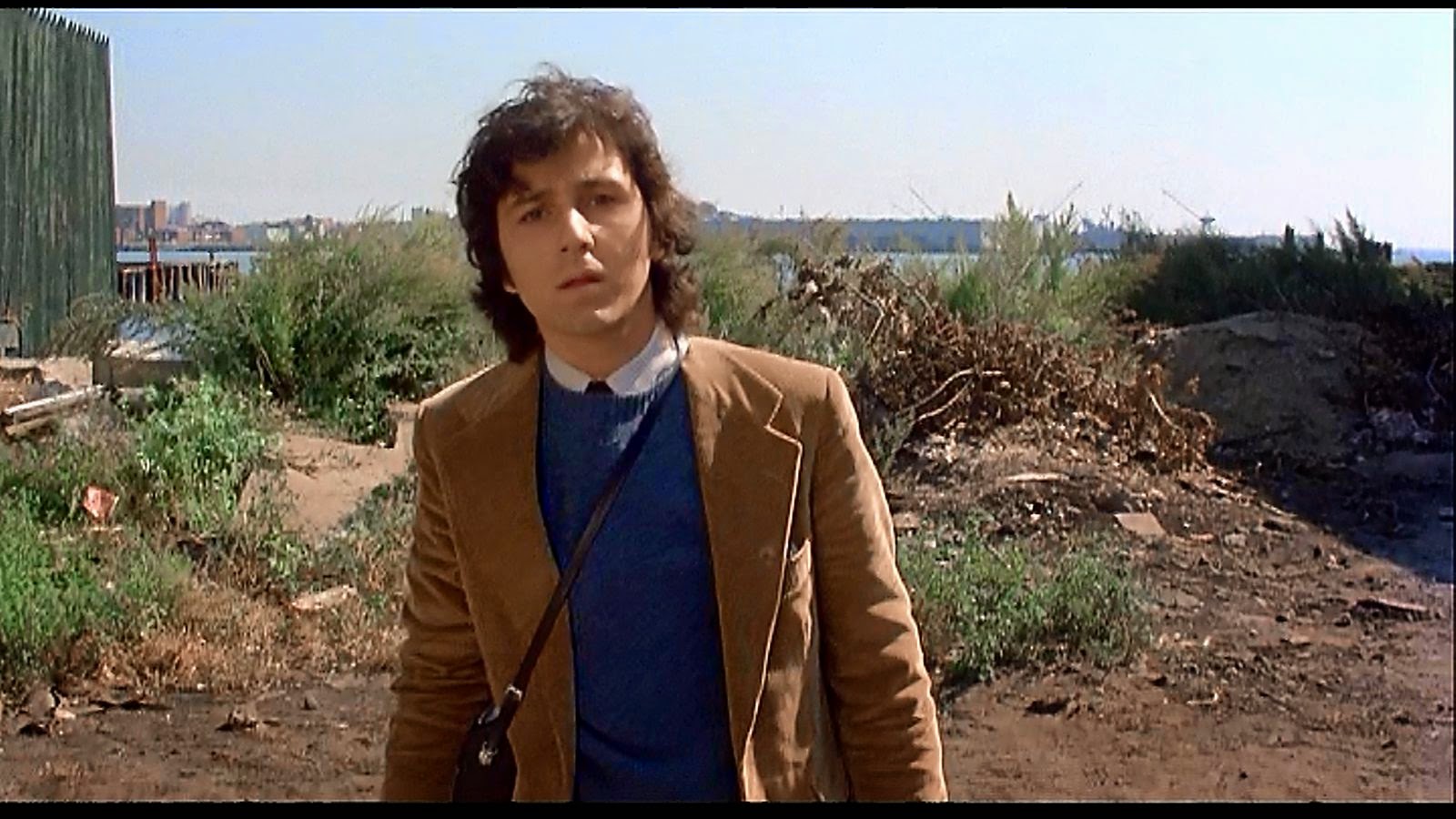 Other staffers on the paper include David Entwhistle (Bruno Kirby), in charge of the Mainline’s personal ads but harboring a burning desire to be a reporter.  He gets a tip from music columnist Max Arloft (Jeff Goldblum) that a gentleman running for city council, Kevin “The Duck” Austin (Guy Boyd), is actually the man behind a major record bootlegging operation in town—and David risks being worked over by a pair of Austin’s goombahs to get the story.  Tipster Max is one of the paper’s most colorful personages; he’s always broke and cadging loans from the other employees including receptionist-typist Lynn (Jill Eikenberry), who functions as the surrogate mother of the group. 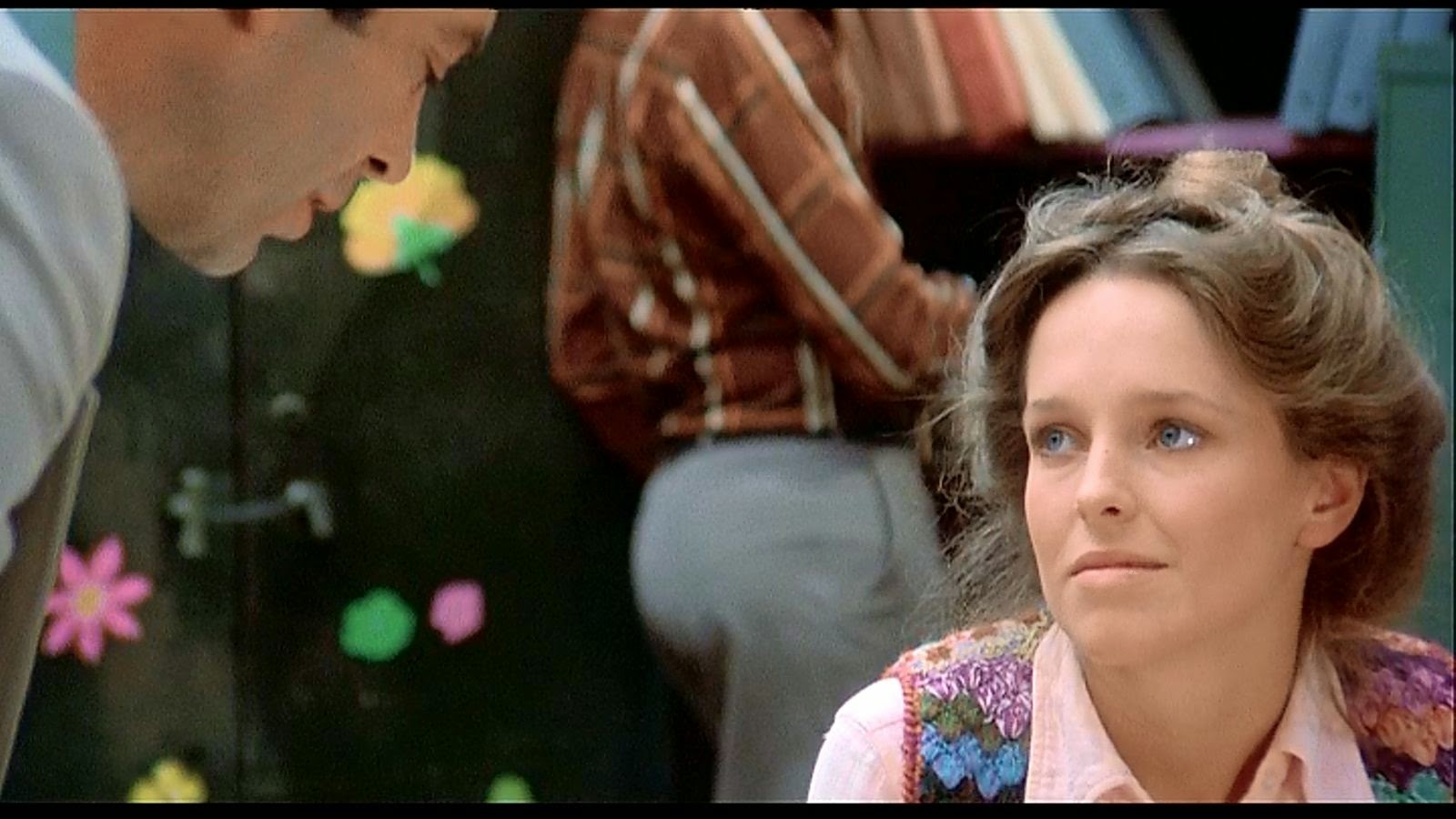 Lynn will turn out to be the most principled member of the Mainline staff.  There are rampant rumors that the paper’s publisher, Stuart Wheeler (Richard Cox), is planning to sell the Mainline to a rival publisher named Roy Walsh (Lane Smith), who specializes in buying up alternatives and transforming them into more mainstream publications.  In an early scene in the film set at a local restaurant, several of the paper’s employees discuss this possibility and vow to quit should it come to pass.  But when Walsh does get his hands on the paper, Lynn is the only employee who resigns in protest after Walsh orders editor Frank (Jon Korkes) to fire Harry for insubordination.  (In a marvelous scene, Walsh apologizes to her for not knowing her name while he’s asking her to perform some mundane task, and she tells him: “You don’t have to learn my name…because I quit.”)

Though the period fashions of Between the Lines will no doubt induce a few giggles from those curious to check out the movie, the feature itself doesn’t seem at all dated: its themes of corporate rapaciousness in the journalism business and whether or not to compromise one’s idealism (“selling out” or “cashing in”?) will still resonate with audiences today.  For a low-budget independent film, Lines sports some powerhouse acting talent.  Stephen Collins is best known as the star of the long-running TV series 7th Heaven, and Lindsay Crouse would go on to appear in the likes of The Verdict, Places in the Heart and House of Games.  Jill Eikenberry was a cast member on the hit TV series L.A. Law while John Heard would star in such movies as The Milagro Beanfield War, Big and The Pelican Brief (he also worked in director Silver’s first studio feature, Chilly Scenes of Winter [1979—later retitled Head Over Heels]). 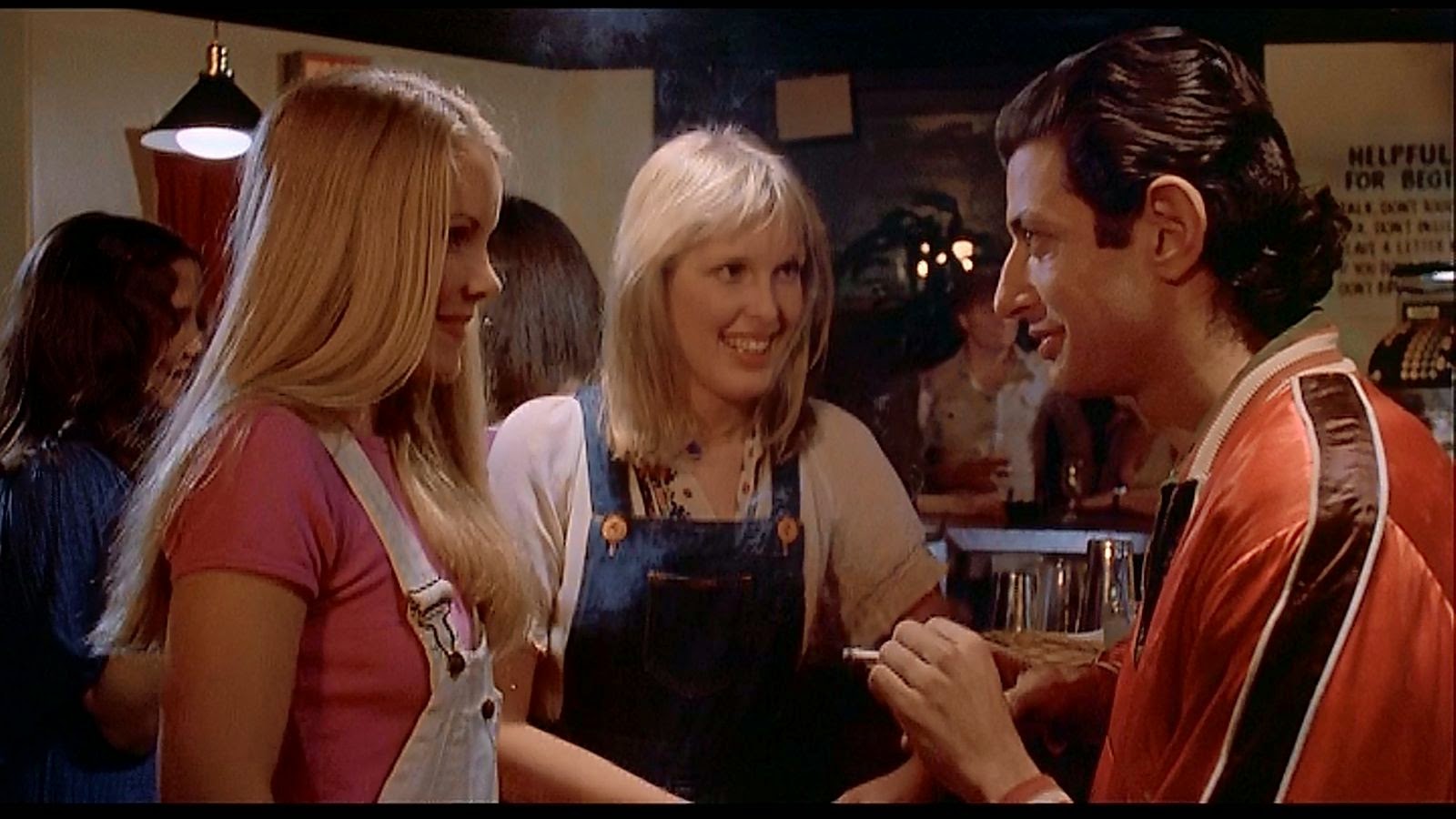 But what about the man of the hour—the focus of this here blogathon?  Goldblum’s Max Arloft is a charming scoundrel, constantly hitting on women (one of the movie’s highlights has him lecturing on “Whither Rock ‘n’ Roll?” to a group of female college students dutifully jotting down his every nonsensical utterance) and complaining about his $75-a-week salary (he’s forced to sell review copies of albums he’s received to a used record store for extra cash, a point he brings up in his negotiations for a raise with the Mainline’s publisher).  Max is Lines’ comic relief; in one scene, the newspaper’s office is invaded by a self-described performance artist (Raymond J. Barry, in his film debut) who begins wrecking the joint in an attempt to get attention…and Arloft joins in, punching holes in the office walls and ripping the shirt off the paper’s asshole advertising manager (Lewis J. Stadlen).

And yet—Max has a serious and even heroic side; realizing that David’s life may be in danger after tipping him off to “The Duck’s” activities, he races with Harry and Abbie to where David is supposed to meet the bootlegger just in time to see his friend receive a serious ass-kicking.  An enraged Max rips off the antenna from his car and starts brandishing it in a threatening manner in front of Austin’s goons as Abbie and Harry assist the injured David.  (Goldblum’s invective toward the henchies is a riot, along the lines of “pernicious ill-shits.”) 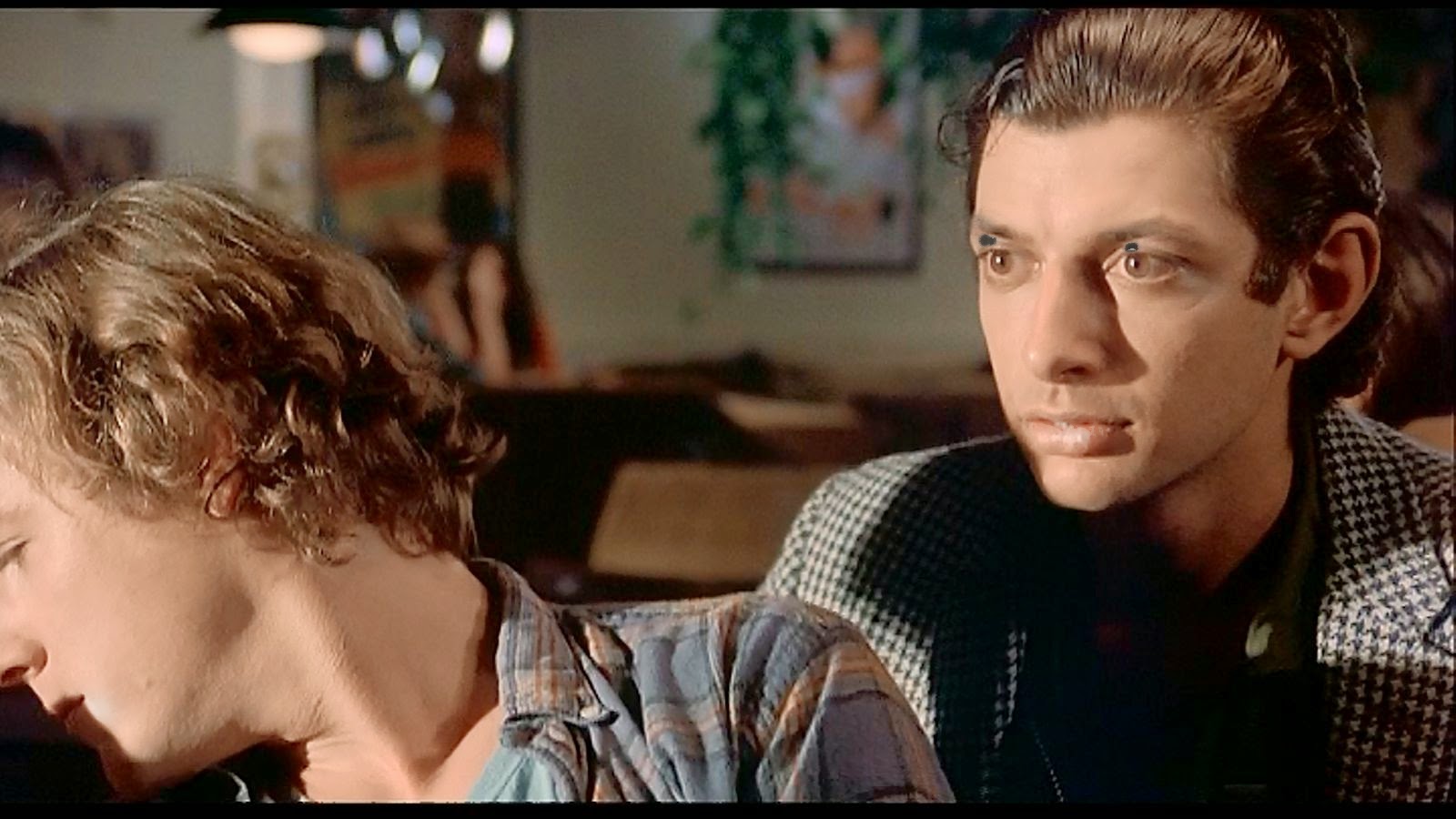 In his reference book Guide for the Film Fanatic, Danny Peary describes Between the Lines as “one of those films that I wish would never end.”  He astutely points out how most of the well-written characters of the film are flesh-and-blood human beings; they might act nobly in one instance and dickishly in the next, just like the people we know in real life.  Max is a great Goldblum character, and Jeff’s performance is in some ways a blueprint for the jaded journalist he later plays in The Big Chill (1983), Michael Gold.  Before the end of the movie, Goldblum’s Max encounters Harry and Abbie in a bar and Harry asks him what his plans are.  “Write a book,” he replies.  “About the loss of innocence…alienation…corruption…“  (He’s kidding, by the way.)  The Chill leitmotif of faded idealism is quite prevalent in Lines, as several of the characters reflect on the fun and good times that they had while working on the Mainline in the past…and how the takeover by the Robert Murdoch-like Walsh (character great Lane Smith’s Walsh is a douchebag without peer—quite a departure from his future role as editor Perry White on TV’s The Adventures of Lois & Clark) will bring an end to all that. 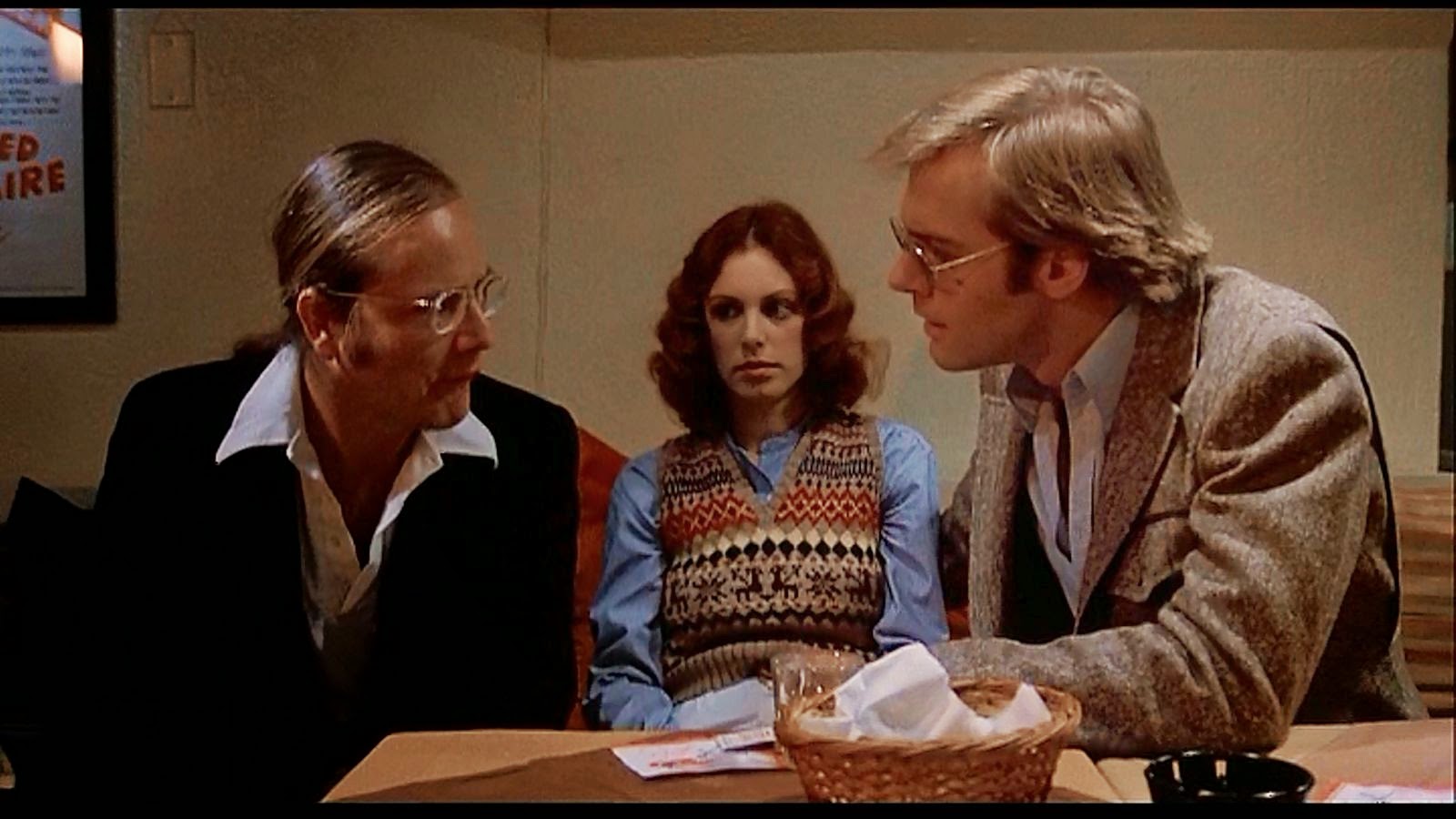 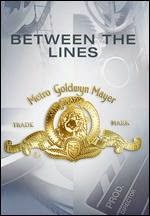 Other future stars in Lines include the aforementioned Marilu Henner (who gets to shake her moneymaker as stripper Danielle), Joe Morton and Robert Constanzo (as one of Austin’s henchmen), and the ubiquitous Michael J. Pollard appears as “The Hawker,” seen in the opening credits handing out papers to passersby and people in cars (there’s an interesting scene where Pollard’s character is shown to be crashing at the paper’s offices in his off-hours, sleeping under a pinball machine and using several issues of the Mainline as a pillow).  Southside Johnny (Lyon) and the Asbury Jukes appear as themselves (decked out in leisure suits from Polyester R Us) and are prominently featured on the soundtrack (I Don’t Want to Go Home, Sweeter Than Honey).  Check out a great Jeff Goldblum performance in Between the Lines, available on manufactured-on-demand (MOD) DVD from MGM/UA.
Posted by Ivan G Shreve Jr at 1:30 PM

One of my favorite films and moved Heard up into the My Favorite Actors group. Not much room in the Toobworld DVD library for movies, but space was definitely made for this movie. Shame about the packaging though......

Prior to the blogathon I never heard of this title, but I'm glad it's on my radar now. I enjoyed reading the background information that led to the creation of this film. Thanks for contributing this excellent review to the Goldblumathon!

Man, I have always wanted to see this, and now I want to see it even more. Stanley looks like my kinda guy.

Terrific review, Ivan. I always liked this film ever since I saw it way back in '77. When I first saw the on-demand DVD I scooped it up.