Crime does not pay (as well as it used to)* 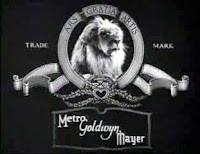 I’m always disapernted when the TCM on Demand service (courtesy of the fine people at CharredHer Cable) doesn’t feature any shorts to go with their movie offerings. Right now—if I have a mind to—I can watch either The African Queen (1951), The Bad News Bears (1976), Ferris Bueller's Day Off (1986), The Snake Pit (1948) or Stalag 17 (1953) with just the touch of a button on my remote; I’ve already seen all five of these, you understand—but it’s nice to know that if I need, say, a Billy Wilder fix I can punch up Stalag without having to remember just where in the hell the DVD is on my (admittedly numerous) DVD shelves. 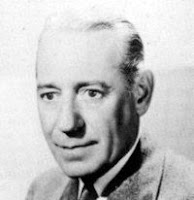 Last week, however, TCM on Demand featured a pair of two-reelers from the popular M-G-M Crime Does Not Pay series, Give Till It Hurts (1937) and Dark Shadows (1944)—the latter is, of course, not to be confused with the cult television Gothic soap opera that aired on ABC from 1966-71. Shadows features character great Henry O’Neill as a psychologist who assists the local gendarmes (represented by Morris Amkrum) in a murder investigation where the obvious suspect (Paul Guilfoyle) is pooh-poohed by O’Neill in favor of a mysterious individual (Arthur Space) who exhibits odd behavior like visiting a train station every day and waiting for someone who never shows up. It’s fairly heavy-handed stuff, but it’s interesting from a historical perspective as one of the first instances on the silver screen when psychology was treated as a more than just a parlor game.

My personal preference was for Give Till it Hurts, one of those Crime Does Not Pay forays into melodrama where the physician (Howard C. Hickman) of a free clinic is rooked into a fundraising scam by a pair of con artists (Clay Clement, Janet Beecher) posing as a philanthropic couple. In agreeing to allow these two con artists raise money for him, Hickman’s medico must forego legitimate funding from a respectable charity, Hurts doesn’t quite have the “star wattage” of Shadows (though I did spot veterans like Joseph Crehan, Selmer Jackson and Virginia Brissac among the players) but it’s a heck of a lot more entertaining; there’s a scene in this two-reeler where a kid who depends on an iron lung dies because one of the couple’s confederates cold-bloodedly sabotages the electrical power in the clinic. The great thing about these Crime shorts is that everything is in black-and-white (both cinematically and morally)—so you know the guilty parties are going to be rounded up before the twenty minutes runs out. Hurts also has the distinction of being directed by journeyman Felix E. Feist, who made the series his bread-and-butter until he was able to branch out with some first-rate film noirs like The Devil Thumbs a Ride (1947), The Threat (1949), Tomorrow Is Another Day (1951) and This Woman Is Dangerous (1952).
*A phrase oft uttered by my father, whose propensity for bad jokes knows no equal.

I don't understand why the endlessly played (albeit classic) features are up for a month at a time, while the short subjects are usually outta there almost as soon as I notice 'em.