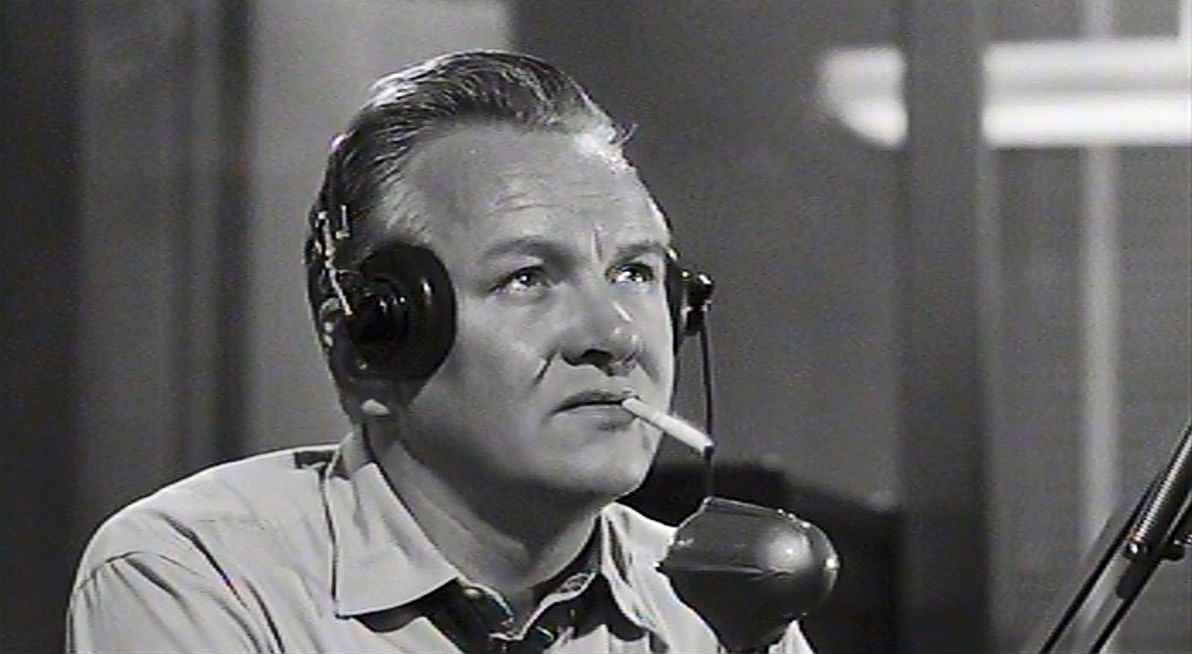 Over at the Radio Spirits blog this a.m., I was asked by the fine staff of the leading publisher and marketer of old-time radio programs to whip up a surprise party for actor-announcer Larry Thor, born on this date in 1916.  Larry’s best known for his five-year-stint as New York detective Danny Clover on Broadway’s My Beat; if you’ve not heard his familiar voice on that, you probably know him as the announcer on Suspense from August 1951 to October 1956.  He worked a great many shows (On Stage, Crime Classics) as both actor and announcer, and he also appears in more than a few films and TV episodes as well.

Here’s the story: I asked one of the editors at Radio Spirits if she could supply me with some pictures of Larry to go with the essay…and she was able to come up with a really good one.  But when I hunted around on the Internets to look for others—the only one I came across was the one the editor bestowed upon me.  Not to worry, I said to myself—a quick glance at his IMDb stats showed me that I had one or two movies in which he had roles in the dusty Thrilling Days of Yesteryear archives…and I could even fall back on some TV work (which, fortunately, I didn’t have to do).

One of Larry’s most prominent film roles is that of the Army doctor in the 1957 sci-fi cult classic The Amazing Colossal Man—but a search of the archives yielded no positive results of that cheesy favorite.  I did, however, manage to locate my copy of The Fast and the Furious (1955)—another cult fave where man-on-the-run John Ireland takes Dorothy Malone hostage at a diner and the two of them elude the police with a really fast set of wheels as he convinces her of his innocence.  Larry plays one of the detectives investigating Ireland, and fortunately for me he turns up pretty early in the film because I revisited this one the last time it was on The Greatest Cable Channel Known to Mankind™ and was reminded just how boring it is.

Thor is also in Zero Hour! (1957)—another favorite here at Rancho Yesteryear, mainly because it’s the inspiration for the 1980 mega-hit cult comedy Airplane!  Larry is one of the guys in the situation room and is featured prominently in the section of the movie where Sterling Hayden has to talk Dana Andrews down from the flight in which the passengers and pilots come down with food poisoning (we lose Larry when Hayden heads up to the control tower).  Zero is a fun little thrill ride of a movie…but if you’re like me and you’ve seen Airplane! way too many times, you’ll probably find yourself filling in the gags during the “straight” presentation. 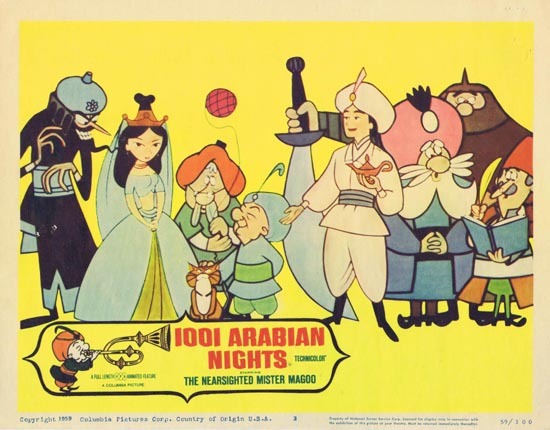 The 1970 animated feature The Phantom Tollbooth—directed by Chuck Jones & Abe Levitow from Norman Justus’ classic kids book—prominently showcases Thor’s speaking tones…but then again, that movie is crammed with great voice artists and OTR veterans: Mel Blanc, Daws Butler, Candy Candido, June Foray, Hans Conried, Shepard Menken and Les Tremayne.  Over at the always reliable IMDb, Larry is credited with playing “Kakofonous A. Dischord”…and I’m sorry, IMDb people—but the actor in that role sounds nothing like Thor.  (I’m convinced it’s Cliff Norton playing that part.)  I’m pretty sure Larry voiced Tock the Watchdog in that movie (a part credited to Shep Menken at the IMDb—Shep definitely plays the Spelling Bee, because he’s using his Richard Haydn/Clyde Crashcup voice on that).  To be honest—I’m not a Tollbooth devotee; it’s one of those movies that I’ll watch every now and then mostly for the vocal talent.  After the movie, I watched the other movie I had on the disc—1001 Arabian Nights (1959), another animated feature that I enjoy more for the voices (Butler, Conried, Jim Backus, Alan Reed, Herschel Bernardi) than the finished product.

Finally, Larry has a quick bit as a police sergeant in a Columbia potboiler from 1958: The True Story of Lynn Stuart.  The title says “true” because it is apparently the “ripped from the headlines” story of Santa Ana housewife Phyllis Carter (Betsy Palmer, before she went on a killing spree in Friday the 13th) who convinces the authorities to let her go undercover and infiltrate a gang of drug pushers who, it is alleged, are responsible for the death of her nephew in a car crash.  As “Lynn Stuart,” Betsy is a hard-boiled parolee who attracts the eye of narcotics dealer Willie Down (Jack Lord) and having gained his confidence reports on his activities to Lt. Jim Hagan (Barry Atwater).  But “Lynn” finds herself up to her neck in trouble when she is spirited away from her carhop job by Willie to assist in a big-time drug deal…and she is helpless in reaching her contacts on the force. 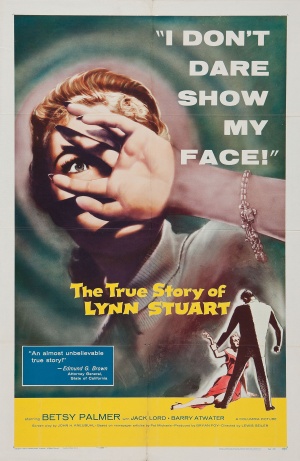 I kind of facetiously joked about The True Story of Lynn Stuart’s truthiness but it is based on fact; they take a few liberties with the story (“Lynn” had no nephew who died, her undercover activities occurred over a period of six years while in the movie it seems like weeks, etc.) but it’s pretty much grounded in solidity—future California Governor Edmund G. “Pat” Brown (state district attorney at the time) narrates the prologue to let us know it’s “just the facts, ma’am” and I don’t think he would lie.  I rather enjoyed this one; Palmer, Lord and Atwater are the only actors credited in this but you’ll spot character veteran John Anderson as the head of the dope ring, Richard “Mr. Oleson” Bull as a customs official, comedian Snub Pollard (as the old guy who has to clean up the gas station washroom) and Russell Thorson—plus, Gavin McLeod makes his feature film debut as a member of Anderson’s gang.  Lord and Palmer are really ta-riffic, as Gavin would say—try and catch this one the next time it turns up on TCM.
Posted by Ivan G Shreve Jr at 8:00 AM