Days of Ballbuster Blockbuster and Roses 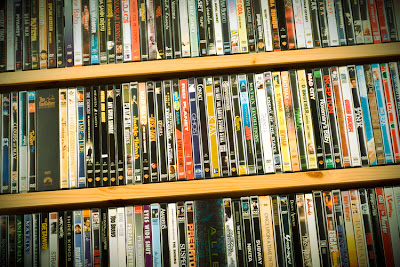 Although I’m still nursing a grudge against Salon.com for explodiating the early years of this blog (when it was at Salon Blogs) to smithereenies, every now and then an article over there catches my eye and makes me chuckle to myself (well, I have to do that…otherwise, the ‘rents will stare at me).  Author Kevin Allardice reminisces about the days he worked at the (thankfully) now-defunct video store chain (and I mean this—they need to salt the freaking ground so it never comes back) and how he and his fellow drones used to exercise what we referred to in the retail bidness as “the five finger discount.”

I solicited requests from my roommates for movies to add to our growing collection. When my store ran out of movies that I actually liked and wanted, I found myself pilfering copies of “Baby Geniuses” and “Patch Adams,” not really knowing why. Restless, I branched out. I printed up a bunch of rental cards with fake names, fake addresses and fake credit card numbers, then went to other Blockbusters and rented movies with free rental coupons. I kept the movies, knowing that when BBV Corporate would try to charge Roger O. Thornhill and Alan Smithee for their unreturned movies, it would be futile.

Let me just break into Allardice’s narrative to state that during my brief period of employment with a store in the BBV franchise (this would have been roughly from February/March of 1989 to December of that same year) I never engaged in this kind of thievery because I’ve always considered myself a scrupulously fair and honest individual, something ingrained into me during my short-lived stint as a Cub Scout (they drummed me out of that outfit, too, for reasons that still remain unknown to this day).  The closest I ever came to “sticking it to The Man” was that I would purchase videotapes at cost through the store when I was supposed to be paying cost plus fifteen percent…and the only reason I did this was because I was not made aware of “the fifteen percent” part.  (Which really didn’t matter much because the franchise later closed that particular avenue of pleasurable video procurement—they handed down a major edict cracking down on employee scofflaws who rented all the new releases before they were allowed and threw that no-more-discount-VHS-tapes thing in for good measure.  I addressed this issue in a strongly-worded letter to senior management, who responded most enthusiastically that I should grab a second cup of STFU.)

But I can certainly identify with other sections of the article, particularly the misery of working for a company that for a short time made my love of movies go sour:

Instead, as its name suggested, Blockbuster celebrated movies that, like pre-masticated meals, Hollywood fed to audiences mama-bird style. A deeply conservative company, Blockbuster even re-edited the racier films, removing the offensive bits. The version of “American Psycho” they carried seemed so stripped of content that the normal cause and effect of story became almost non-sequitur. And although there can be something oddly wonderful about just how surreal a narrative can get when it’s edited into nonsense, my coworkers and I weren’t afraid to direct customers elsewhere for the uncut stuff, like Kris Kringle in “Miracle on 34th Street”: “You can get deviant sex and chainsaw death at Gimbels!” 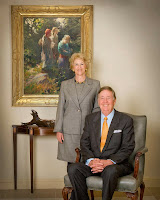 The Blockbuster I worked at in Savannah was this monstrous building almost entirely surrounded by tall windows, because it had previously been a boat dealership, allowing people to peer in and get a gander at the nautical crafts on sale.  It was a franchise store owned by a Spartanburg, SC gentleman who made his fortune in waste management (and later started Extended Stay America), who held an annual “retreat” for the franchise employees somewhere in the middle of B.F.E. in North Carolina.  (I forget the name of the place, but when I mentioned it to sister Kat—a.k.a. “Miss Nature Camp of 1988”—she cried out: “I’ve been there!”)  Honest to my grandma, that event should have been called “Patriarchal ‘89” because you never saw so many white males in charge while the women folk stayed in the kitchen, baking cookies and having babies (I may be exaggerating on this last bit but I would bet money it probably happened).  I met Joe Theismann there, if anyone’s impressed by that (this would probably have been before his frequent need to urinate, I believe).

To this day, I’m not entirely certain how I was hired to work there.  The store manager was a perky, can-do kind of a gal who warned me that the job was physically demanding…but at that time, I was pretty desperate for work and I didn’t much care.  I was fortunate in that with the other guy they hired, the two of us clicked right away and we were able to pass much of the time (occupied by the monotonous duty of endlessly taking tapes back to the shelves) with a sharp sense of humor.  I wasn’t bad at the job; I soon became the go-to guy that the other CSR’s (customer service representative) would ask if a certain movie was on VHS and if we had it in the store.  (Like Allardice’s Miracle on 34th Street joke, I wasn’t shy about telling customers where to go to find sources for movies we didn’t have on hand.)  My experience at the store hit some rough weather when the new store manager begged me to take on the duties of an assistant manager (the store had four and they were one short); I didn’t really want the extra hassle but if I didn’t take the job she was going to offer it to another employee…and he was already an asshole—making him assistant manager would have magnified that tenfold.

My favorite line in Allardice’s essay is the parenthetical observation: “Were you to cast the incorporeal Amazon as the villain to Meg Ryan’s Shop Around the Corner, the result would look more like John Carpenter’s still-frightening ‘The Fog’.”  It was just as miserable for me when I worked there; I would wake up in a cold sweat after experiencing nightmares where I was still at the store, having to straighten endless rows of VHS boxes on shelves (we had a district manager who was really anal about that).  I was also employed at the store when Hurricane Hugo threatened Savannah in the fall of ’89 (it bypassed the city, thankfully) but the store manager devised a cunning plan whereby every stick of furniture and tape inventory in the place was put in a rented U-Haul truck to avoid the damage Hugo would wrought—something that completely bamfoozled me because these clowns were insured (I remember rolling around the floor laughing when one of the higher-ups asked if someone could stay in the store should Hugo hit, apparently unaware of the glass enclosure issue)…and we were expected to put the store back in three days (a project that had taken considerably longer when it first opened).

The final straw was being scheduled to work both Christmas and New Year’s Eve—it was explained to me that I was the only single person among the managerial staff, and therefore was the only candidate because I had no family with which to spend the holidays (something that amused my actual family, who predictably asked “Did they think you were raised by wolves?”).  I tendered my resignation after working the New Year’s shift and except on a couple of occasions when I was dragooned by the family to go into the store and grab something we hadn’t seen before I made it a point to stay clear of the place.  I have to admit, though…making out a membership card to “Roger O. Thornhill” is something I wish I had devised with my feverishly diabolical brain.
Posted by Ivan G Shreve Jr at 8:00 AM

I spent many years in video retail, but never at BBV. I worked in one indy video store for over five years, and we would constantly get customers coming to us specifically because they hated BBV. You would've loved our store; we had tons of old movies. In fact, this was where my movie education took off after taking a year of film history in college.

I remember working holidays too, including as Xmas and New Year's. Sometimes it bothered me, sometimes it didn't. Some of the busiest times ever, though, were the periods around natural or man-made disasters. The day before Hurricane Andrew arrived, for one, and the day after 9/11, for another. I was on vacation that week, but from what I heard, the store was totally busy that day.

I made manager eventually, but I wanted the job. It paid better, for one thing; for another, I honestly believed I could do the job - though it did eventually drive me nuts. Such is life.

I remember working holidays too, including as Xmas and New Year's. Sometimes it bothered me, sometimes it didn't.

I had worked in radio before the BBV job, so I was used to 365 days a year...what bothered me was that I had to work both; that I never got an option of one over the other. Well, after leaving the 'Buster I embarked on my fabulous night auditor career...and the rest, as they say, is history.

I'm a videostore veteran too, though it was a pair of independent stores with great selections and a three month stint at Hollywood Video for me. Hollywood was a nightmare because the rest of the staff was barely two steps removed from the looney bin, and corporate breathed down our necks constantly-- but they were closing so many stores, it's probably because they had nothing better to do.

I always hated going into Blockbuster for those same mass produced condescending morality reasons you mentioned and because they were the major competitors to the mom and pop stores, and would often talk us down despite having better selection and better prices.