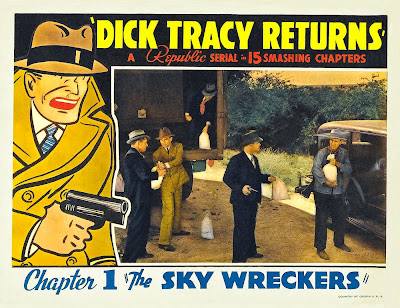 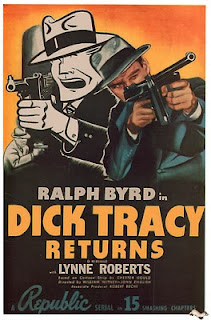 If the government shut down is truly over, and federal employees have returned to work, that would include G-men such as Dick Tracy in his second outing, Dick Tracy Returns (1938), starring Ralph Byrd once again.
What’s that you say? In the funny pages, Dick Tracy was a city detective? That’s right, but on the big screen, c. 1940, he was a senior agent with the FBI, and his usual rogues gallery of criminals were nowhere in sight. The only other character from the strip to join Tracy on film was Junior, but more about him later.
The serial is introduced by mystery author Max Allan Collins, who wrote the Dick Tracy comic strip following creator Chester Gould’s retirement. He refers to the production as “the Dick Traciest” of the four serials produced in the late 1930s. This is in regards to the villain of the piece, criminal patriarch Pa Stark (Charles Middleton). He and his five sons – Champ, Slasher, Trigger, Dude and the Kid – head a criminal gang capable of giving Tracy a run for his money. 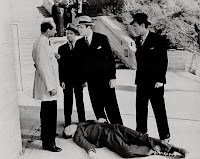 Our story begins as Tracy, following an extended period training F.B.I. recruits in Washington, returns to Unnamed West Coast City, accompanied by new agent Ron Merton (David Sharpe), whose first assignment is to protect a shipment from the Ward Bonding (Really? Well, why not? It’s a Republic serial, after all) Company. But the armored car is hijacked by the Stark clan, Merton killed and the Kid arrested for the murder.
Naturally, this makes the stakes rather personal for Tracy, and vice versa. Pa Stark vows revenge against Tracy. Unlike his real life inspiration, Ma Barker, Pa Stark is no mere outlaw. He’s also in cahoots with an assortment of foreign spies and fifth columnists. 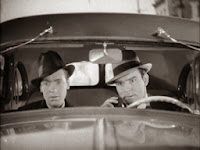 Tracy’s “gang” consists of agents Steve Lockwood (Michale Kent), Mike McGurk (Lee Ford) and Gwen Andrews (Lynn Roberts). The characters are consistent from the previous year’s Dick Tracy serial, but the roles have been re-cast, and without any greater success. McGurk is still the bumbling fool, and Gwen is reduced to mere secretarial duties, rather than full-fledged agent status.

Junior Tracy, played by Jerry Tucker, is nothing like his comic strip counterpart. Instead of plucky and daring, the boy is annoying as all get out, akin to a Mouseketeer reject. He spends the entire series dressed in an ill-fitting military school uniform, which accents his doughy appearance. A bittersweet moment comes at the end of chapter 9 when Junior dashes after a would-be assassin in an attempt to return the man’s briefcase, which unknowlngly contains a time bomb. The chapter ends with Tracy and Lockwood looking on in horror as the bomb explodes off-camera. Did Junior get blown to smithereens, making this the best chapter ever? Well, you just have to tune in next week. 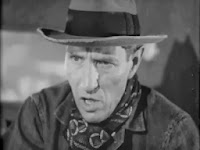 If there’s a high point, it’s Charles Middleton as Pa Stark. He is a perfect villain, but is that any surprise? He played Ming the Merciless fer Crissakes. Over the course of the 15-chapter serial, the Stark boys each get theirs. One has a manure tower fall on him, another gets shot in the back by a cohort while struggling for a pistol. Pa Stark vows revenge for each killing. Unfortunately, it takes a while for him to hit on the idea of taking it out on Tracy’s adopted son.

Otherwise, as serials go, it’s no better or worse than any other. Special effects are typical, without being too ambitious. Plenty of narrow escapes, usually due to strategic editing. Of course there are a few moments where belief must be suspended, but anyone who watches a 1930s-era serial is expected to take certain story elements for granted.
Posted by Ivan G Shreve Jr at 8:00 AM