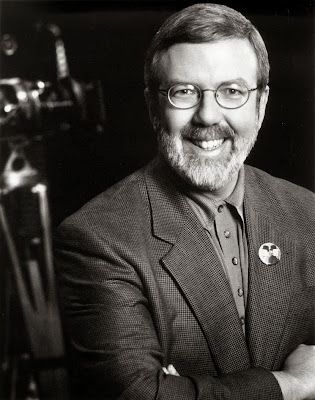 There are a number of nostalgia notables celebrating birthdays today: actress Peggy Cummins, star of such cult classics as Gun Crazy (1950) and Night of the Demon (1957), turns eighty-eight today…and December 18 also marks natal anniversaries for the likes of directors Jules Dassin and George Stevens as well as OTR scribes Abe Burrows and Hal Kanter and silver screen icon Betty Grable.  (There are, of course, many more.)  But the man who played an important role in my classic film education also celebrates another trip around the sun: film historian and critic Leonard Maltin is sixty-three today. 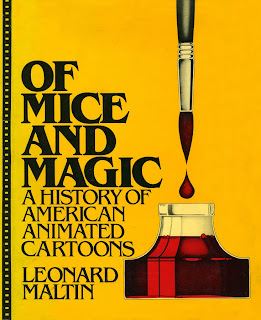 I could speculate that my passion for the “black-and-white,” as sister Kat refers to my classic movie love, would have flourished without my exposure to Maltin’s reference books at an early age…but then I would have to dismiss that as crazy talk.  I’ve always loved cartoons, and when my parents gifted me with a copy of Leonard’s Of Mice and Magic: A History of American Animated Cartoons one Christmas I became almost as dedicated a disciple to the animated arts as Brandie at True Classics.  My exposure to the Columbia comedy shorts in my youth, where I was first introduced to funsters like Buster Keaton, Charley Chase and Harry Langdon, fueled my desire to learn more about these precious two-reel comedies…and Leonard Maltin’s The Great Movie Shorts (also known as Selected Short Subjects: From Spanky to The Three Stooges) was just the fix to satisfy that jones.  Movie Comedy Teams, The Great Movie Comedians, The Disney Films, The Great American Broadcast and Our Gang: The Life and Times of The Little Rascals (co-authored with historian Richard Bann)—all of these books have occupied space on the movie bookshelf here at Rancho Yesteryear one time or another, and I would recommend without hesitation any one of them to the budding classic movie enthusiast.

Maltin’s best-known contribution to books on film remains his yearly Movie Guide, first published in 1969 as TV Movies and renamed several times since that (Leonard Maltin’s Movie and Video Guide, etc.) first appearance.  The first copy that I can remember buying was the 1979-80 edition (on your left), and I remember that updated editions were a necessary purchase in the House of Yesteryear (when they were eventually published every year) and that the wait for such was almost as bad as that for Christmas.  I didn’t always agree with many of Leonard’s ratings—I’ve seen more than my share of movies that he’s overrated, and an equal amount that I believe he’s given short shrift—but my preference in comedy films matches his more often than not, as well as animated features (though again, he thinks a lot more of the recent Disney releases than I). 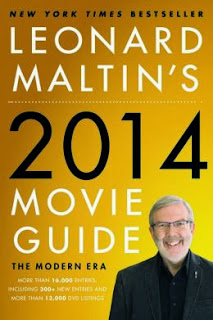 Milena Brown at Penguin/Plume was gracious to send me a gratis copy of the latest edition of Len’s movie guide—titled Leonard Maltin’s 2014 Movie Guide: The Modern Era—a gesture for which I am most appreciative, because the last time I bought the Guide…well, it was the 2011 Edition.  To be honest, it’s ceased to be a yearly tradition for me anymore; though it’s not that the book isn’t still a must-own item for the movie fan, it’s just that a few years back the decision was made to prune the content of the book (the 2014 edition is over 1600 pages, with roughly 16,000 films covered) by shifting many of the pre-1965 movies to a tome entitled Leonard Maltin’s Classic Movie Guide…which isn’t revised as often as The Modern Era (there have been two editions of the CMG—one in 2005 and the other in 2010).  Sadly, I just don’t watch as many recent releases as I should, and as such The Modern Era editions must take a back seat as far as disposable income is concerned. 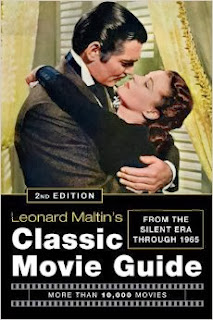 I’ve been leafing through the 2014 edition recently, however, and I’m verey pleased that it still measures up to the lofty standards estavlished in the preceding editions.  The great thing about the Movie Guide is that when I do decide to settle in with a newer movie, I can usually glean some first-rate suggestions from the entries in the book.  (Who knows—maybe one of these days I’ll get really crazy and pony up for a Netflix subscription.)  If I have a quibble about the Movie Guide, it’s that the decision to shift some of the older movies to another book seems to have been a half-hearted one; why not remove all of the classics, allowing for the book to become smaller (and less likely to cause concussion where it to fall on you one night)…or better still, include more recent movies (I’ve perused the book for a number of films, and they’re simply nowhere to be found) in the vacant space.  This is all just nitpicking, of course; in the final analysis Leonard Maltin’s Movie Guide is still the essential reference tome for cinephiles and I will brook no arguments about that.  I will also take the rest of this space to suggest that Leonard get a move on with the third edition of the Classic Movie Guide, because we classic film fans can turn into an ugly mob if we want to.  (We’ve seen Frankenstein (1931), and know how it’s done.)

Happy birthday, Mr. Maltin…from one classic movie fan to another.

Many thanks for the shout-out! I'll echo your appreciation for Mr. Maltin. Of Mice and Magic has been an invaluable tome to my own "animated education."

The Maltin guide was an indispensable part of my prime video store years. We had a lot of corporate clients who relied on us for videos, and we would flip back and forth through the Maltin guide so many times that it would end up look older than it actually was.

we would flip back and forth through the Maltin guide so many times that it would end up look older than it actually was.

That first copy of mine eventually lost its front cover from overuse. I made it a point to be a little more "gentle," as we say to my nephew, after that.