Accidentally Straightened Up: Notes on the Blog 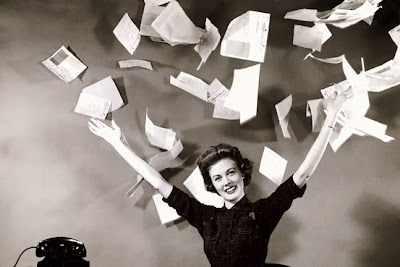 If you were curious as to why there was a noticeable gap in between my entry for the Classic Movie Blog Assocation’s Film Passion 101 Blogathon and yesterday’s Serial Sundays…I have a note from my mother.  I’ve been doing a little spring cleaning on the blog…it’s just that I do my cleaning in the winter, because that is the way I roll. 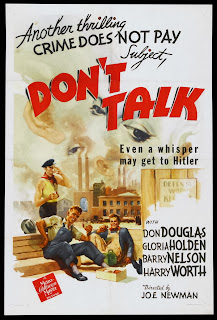 For some time now, I’ve been wanting to organize all of the relevant posts and essays here at Thrilling Days of Yesteryear into easily browsed sections to help newcomers find older things they might be interested in…and at the same time, give me an assist when I want to reference a past review for something I’m currently writing.  So you can now find all this on separate pages under “Thrilling Days of Yesteryear: Almost the Truth – The Lawyer’s Cut”; for example, all of my movie reviews can be found under “Movies,” not to mention those written by our resident guest reviewer, Philip Schweier.  There are also sections for our movie-related features like B-Western Wednesdays and Crime Does Not Pay—both of which I hope to resurrect someday.  (I probably won’t resurrect “Movies I’ve Stared at Recently on TCM”…only because my folks make that an impossibility.)

Other sections include “Serial Saturdays,” where you’ll find links to all the chapter plays snarkily discussed here on the blog, as well as pages devoted to “Mayberry Mondays” and our current popular feature (it reads here) “Doris Day(s).”  There will also be a new Doris up on the blog tomorrow.  (Hey…hey!  Let’s not turn into an ugly mob, shall we?)

Under “Blogathons” you’ll find the essays that I contributed to all the ‘thons I’ve participated in since 2009 (and some folks say that there are a lot—I will let you be the judge) and finally, “TV, DVD and Miscellanea”—articles on TV series, DVD reviews and things that just wouldn’t fit anywhere else (I hope to be able to resurrect “Twisted Television” one of these days as well).  If you’re looking for anything else…well, you’ll have to use the search engine or the Blog Archive.  (We can’t lay everybody off—these people have families, ferchrissake…)

Oh, and you’ll probably find that a few posts were taken out to the incinerator; back in 2008, I featured some of the hilarious Scott Bateman animations from Salon.com (well, they amused me—others maybe not so much) in this space but in combing through the blog archives I found that they’re no longer hosted there…and since that’s the case, there’s no need to have them here, either…unless you enjoy looking at blank space.  Salon seems to do that vanishing act a lot—for example, I know a certain nostalgia blog that vanished from their site many years ago. 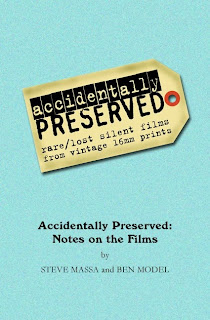 So now that everything is neat and pretty, I’ll be getting back to the usual TDOY shenanigans this week—but I did want to quickly bring your attention to a project associated with the Accidentally Preserved DVD produced by silent film accompanist-historian Ben Model.  (I won’t include the link—see if you can find the review using the new pages, kids!)  Okay, I talked about the second DVD that will hopefully be out early next year…but Ben and partner-in-crime Steve Massa (whose book Lame Brains and Lunatics: The Good, the Bad and the Forgotten of Silent Comedy I’m currently reading on my Kindle…and…loving it!) have crafted a small pamphlet-like book (okay, a little bigger than a pamphlet—it’s fifty-four pages) to accompany these discs entitled Accidentally Preserved: Notes on the Films.  This is simply super stuff: the content on the DVDs is discussed in fine historical detail with biographies on many of the performers featured; then there’s a second section that relates how these movies came into Ben’s possession.  Now, I’m a geek about this sort of thing and so this book (available for a mere bag of shells) was right up my alley…but if you took my advice and bought the first AP DVD (and are planning to buy the second) you should grab one—the great thing about it is that it fits right into the DVD case for those of us (ahem) who are always misplacing these sort of things.  (If you didn’t take my advice and buy one…woe be unto to thee.)
Posted by Ivan G Shreve Jr at 8:30 PM

I will admit I do miss the old blog design-- it was one of the few places around that did three columns well-- but I'm glad to hear you're cleaning up the archives. There are so many blogs I love where it's a pain in the butt to find stuff. Thanks for doin' it!

Well, I did have a twinge of regret when I changed it...but after staring at it for five years I decided I needed something different. But I appreciate the kind words, Danny!

"the Uniform" entry in the Doris Day(s) section takes one to a blogger sign-on page.

"Imagine my embarrassment!" as Ms, Thelma Todd would say. It has been fixed.