Accidentally Preserved 3: Back in Training 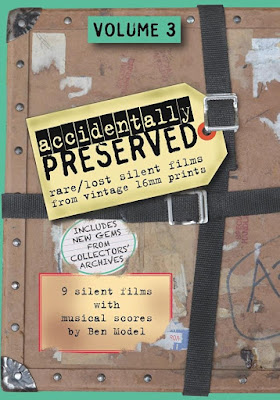 Undercrank Productions, the independent DVD/Blu-ray label founded by silent film accompanist/historian Ben Model, has announced that the fourth volume of Accidentally Preserved, a DVD series featuring rare silent comedy shorts rescued from obscurity by dedicated film collectors, will be coming to an Amazon Create-a-Space near you this fall.  In addition to the usual line-up of mirthmakers (this time featuring Lige Conley, Glenn Tryon, and Bobby Ray, among many others), Accidentally Preserved 4 will spotlight a couple of real (reel) rarities: a one-reel edition of an early Colleen Moore feature, The Ninety and Nine (1922), and the two-reel version of a Mae Marsh Vitagraph feature, The Tides of Passion (1925—this is all that remains of the film). 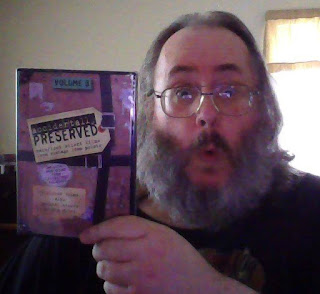 I reviewed the first Accidentally Preserved disc here on the blog back in June of 2013, and Accidentally Preserved 2 got the ClassicFlix treatment a year later.  So I guess this means that Volume 3 is back in Thrilling Days of Yesteryear’s court, and I apologize for taking so long with this—I received my copy nearly a year ago in August, and just now got around to freeing the DVD from its shrink-wrap prison.  (I owe Ben reviews of the Marcel Perez and Musty Suffer releases, too—which I will pursue on future Thursdays.)  This time around, Ben pressed upon some of his fellow collectors to contribute some of their treasures for the newest AP project (Facebook amigos like Rob Farr and Ralph Celentano), and the result was yet another eclectic compilation sure to win the hearts of silent cinema fans—an excellent example of that song lyric from A Funny Thing Happened On the Way to the Forum: “Something for everyone—a comedy tonight!”

“The first two volumes did really well, and when I ran out of films from my own collection, collectors I knew kept offering me titles from their own archives for the series,” Ben said in a press release for AP3 from September of 1915.  “Collectors liked the idea of the DVDs, and felt as I did that these obscure gems deserve to be seen in a quality physical package. While hundreds of shorts were released in the 1920s, a huge amount are missing today. What's encouraging is that more of them turn up every year. In fact, one of the films on this DVD was won on eBay last year by a silent film collector here in NYC who's in the 7th grade.” 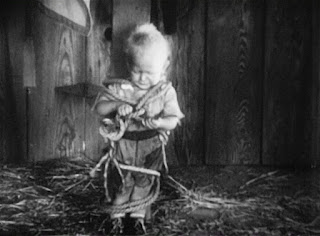 Among the curios present on AP3: an incomplete two-reeler (only the last reel survives) from the Weiss Brothers Artclass Productions studio, Half a Hero (1930) starring Billy Barty.  It was interesting to see Billy in something other than the Mickey McGuire comedies (where he played Mickey’s Kid Brudder), but the Half a Hero excerpt is a fairly lackluster affair, and seems to have been filmed as a silent before dialogue and sound effects were added in post-production (the dialogue is mostly out of sync with the actor’s mouths).  I did enjoy the one-reel Whose Baby? (1929) a bit more; Arthur Lake—The Man Who Would Be Dagwood in movies and on radio and TV—is the star (a Horace in Hollywood comedy from Universal) of an amusing short in which his plans to make time with a pretty girl (Gertrude Messenger, on whom I have a bit of a classic film crush) are scotched when he suddenly acquires an infant; foisted upon him by a mother doing some shopping.  I was aware that Lake did a number of comedy shorts for Universal in the 1930s (I don’t think many of them survived, sadly) but had not been briefed on his career in silents (he began making movies in 1924). 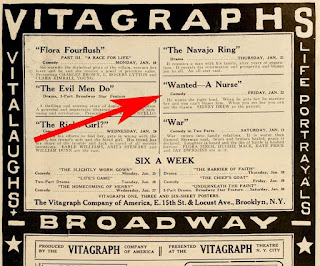 AP3 also features a comedy entitled Wanted, a Nurse (1915)—one of the many popular one-reel shorts starring Mr. and Mrs. Sidney Drew (Mrs. D is billed as Jane Morrow in this short) that were forerunners of what we now identify as situation comedy.  Wanted, a Nurse doesn’t rely on the typical Mack Sennett hijinks but instead is a sedate little story featuring Sidney as a millionaire who fakes an illness in order to be taken care of by nurse Jane.  A Malcolm Sebastian “Big Boy” comedy (I discussed some of them here) from 1928, Hot Luck, has a funny bit in which B.B. is passed down a line of firemen (their captain has decreed that children and pets are verboten in the firehouse) and then tossed out a window—prompting his father to race down stairs and a fire pole to catch his son before he hits the ground.  But since I’m an avowed curmudgeon when it comes to kiddie thespians, the charms of the “Big Boy” series are reluctantly lost on me. 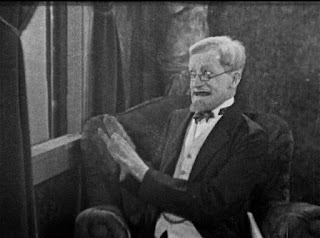 I don’t want to give anyone the impression that I wasn’t entertained by the content on AP3.  The 1921 Bobby Ray comedy Service a lá Bunk is a sprightly romp, with some inventive gags (Bobby gets to work via a little pedal car; he’s employed as a restaurant cook and he parks the vehicle in one of his ovens, taking special care to hang a “Garage” sign as he shuts the door) and Ray himself reminds me a little of Stan Laurel (it could be his derby) …which is interesting since Ray and Oliver Hardy were teamed in a few shorts produced by Billy West for Cumberland Productions in the mid-20s.  My favorite comedy on AP3 is No Vacancies (1923), which stars Jay Belasco and Charlotte Merriam as a pair of newlyweds stymied by the housing shortage.  They hatch a scheme where once they accept positions as janitor and maid for the ritzy Gibralter [sic] Apartments (“you need blasting powder to get in”), they’ll force some of the tenants to move so that they can rent the vacated apartment. 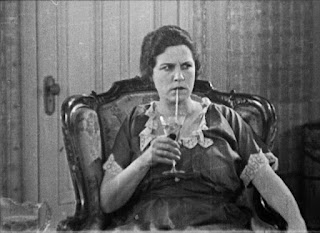 Vacancies is crammed with funny gags and intertitles (my pick is the description for one character’s wife: “The life sentence he received at the altar”): a real estate salesman agrees to help Belasco and Merriam out by sending them to an address that’s the site of an empty field.  Opening up an envelope that the agent gave him, Belasco pulls out a note that reads: “Put up a tent.”  Blanche Payson, the formidable actress who made such a memorable impression in the Our Gang two-reeler Dogs is Dogs (1931) and Laurel & Hardy’s classic Helpmates (1932), appears in this one, as does one of my favorite character actors from the world of silents, “foxy grandpa” Jack Duffy (thanks, Steve Massa, for the description).  Duffy is also in Love’s Young Scream (1928), an amusing Paramount release produced by Al Christie—whose efforts often are ignored when the discussion focuses solely on the Sennett and Hal Roach studios as the premier laugh factories of their day. 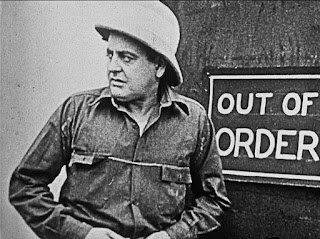 The WTF award winner on AP3 is A Citrate Special (192?), a purported “prank film” (the studio remains a mystery—and the speculation is that this was not set for release) featuring a director (character veteran Thurston Hall) who receives a dose of “croton oil” courtesy of a mischievous prop man (played by real-life property artist Martin Wolfkeil) and finds he has to answer the call of nature…stat!  (For the uninformed, croton oil was a powerful laxative sold in the 1910s/1920s.)  This one puzzled the 120 experts at the “Mostly Lost” get-together held at the Library of Congress in 2014.  (The author of Citrate is credited as Lucy Bowels, which will give you an idea of the Rabelaisian humor in this one.) 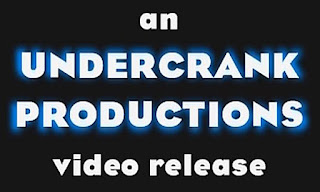 A glance through the credits thanking those people who backed AP3 on Kickstarter will reveal the name of your humble narrator: I love being able to finance these projects, and I’m particularly stoked at how Ben Model has grabbed the baton when it comes to both film preservation and making these rarities available on disc at a time when they’re dismissed as “a niche market” and overlooked by the major home video concerns.  (I’m sure I’ve mentioned this before, but my friend Cliff of In the Balcony fame once told me of a revealing convo he had with a representative from one of the big companies: “People won’t buy black-and-white movies unless John Wayne is in them.”)  I’ll have money in hand when Accidentally Preserved 4 is released, and I’ll do my best to let you know when that disc hits the mean streets of Create-a-Space.
Posted by Ivan G Shreve Jr at 7:00 AM