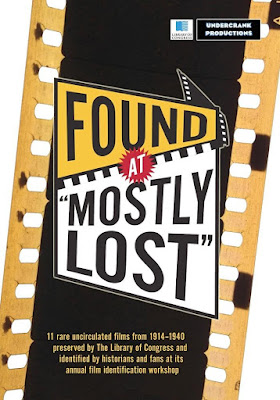 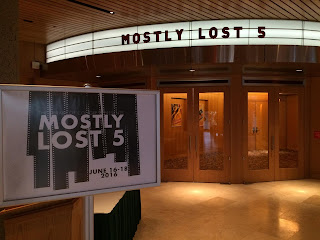 In June of 2016, the Library of Congress held its annual “Mostly Lost” workshop—now currently in its fifth successful year.  It’s an event that invites—according to one of the hardest-working individuals in the film preservation bidness, Ben Model— “writers, scholars, archivists, and filmmakers to just plain film buffs and students interested in film or preservation” to attend a three-day workshop in an effort to try and identify movies that, while preserved by film archives, often are missing their main titles—leaving a good many people in the dark.  (Little movie humor there…the management expresses its regrets.)   Participation in this “detective work” is encouraged at showings at the LOC’s National Audio-Visual Conservation Center in Culpeper, VA—audience members are encouraged to “talk to the screen” by shouting out the names of actors they recognize…city landmarks…models of automobiles (this would be right up my father’s alley, by the way) …anything that might help identify unknown films.  Musical accompaniment for these movie mysteries comes courtesy of Ben and two other names renowned for their contributions to silent film, Philip Carli and Andrew J. Simpson. 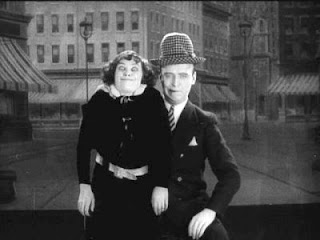 Ben, Phil, and Andrew provide new piano scores for the silent films showcased on Found at “Mostly Lost”—a 2016 DVD collection (from Undercrank Productions) of short films from the LOC vaults that were featured at the “Mostly Lost” get-togethers from 2012-2014.  There are a pair of sound shorts on this disc; the most intriguing contribution—which would be of great interest to my ClassicFlix colleague and proprietor of Cultureshark, Rick Brooks—is a 1927 one-reeler, Ventriloquist.  Why, I hear you ask?  Because it’s a filmed record of William Frawley—The Man Who Would Be Fred Mertz—performing his vaudeville act along with partner (and then-wife) Edna Frawley.  An effort from Lee De Forest’s Photofilm company (which produced experimental “talking shorts” featuring notables like President Calvin Coolidge and Charles Lindbergh), Ventriloquist gives us a look at a young Frawley playing a medicinal pill pitchman years and years before his prolific movie career and stints on TV’s I Love Lucy and My Three Sons.  More funny peculiar than funny ha-ha, Ventriloquist at least benefits from being better (also shorter) than the other talkie effort on Found, The Joyride (1928), which features the comedic stylings of the team of George LeMaire and Joe Phillips.  LeMaire and Phillips function as the homeless man’s Abbott & Costello; most of the punchlines to their jokes are obliterated by glitches in the film (and the ones you can hear aren’t particularly strong, either) and it’s not too difficult to delineate why the team didn’t take off in motion pictures (though the [always reliable] IMDb has a number of writing and directing credits for straight man LeMaire). 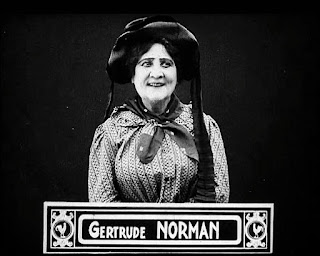 The most successful shorts on Found are of a comedic nature…though the dramatic one-reelers do have a little novelty value.  The best of these is Fidelity, a 1911 Pathé melodrama starring Gertrude Norman as a woman who, in the course of ten minutes, loses her daughter in an apartment fire…and then is threatened with eviction by the landlord because she’s behind in her arrears.  To raise the needed rent money, she sells the beloved family St. Bernard to a woman for her son…but by the time the one-reeler comes to a close, the mutt has rejoined her (thus the title of the film).  What a canine!  A Brass Button (1911) is the other one-reel drama (from Reliance), whose plot centers on a missing necklace and a wife who thinks her husband is responsible (he’s doing poorly in the stock market).  (SPOILER WARNING: a maid is revealed as the culprit.  Good help is so hard to find.) 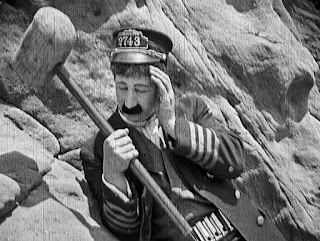 Of the comedies on Found at “Mostly Lost,” The Nickel Snatcher (1920) is a lot of fun; it’s one-half of a two-reel Arrow comedy (directed by Charles Parrott—you know him as Charley Chase—who even back then was adding his “signature” [a la Hitchcock] to his efforts by appearing in a cameo as a member of a robber gang) that stars Hank Mann (you remember him as Charlie Chaplin’s boxing opponent in City Lights) and Vernon Dent, long before he menaced the Three Stooges.  While it’s a shame we only have one-half of this corker, it’s not difficult to follow (minimal plot involving the antics of a horse-drawn trolley) and features not only funny gags/characterizations but bathing beauties (quel easy on the eyes!).  In and Out (1921), with Monty Banks, is also quite funny; Monty’s a newly-married man who keeps being mistaken for a pesky book salesman, and the ice man has been asked by Mrs. Monty (Florence Gilbert) to throw him out of the house.  (Toward the end of this short, there’s a brief insert of a title card for a Poodles Hanneford comedy, which I found interesting; slowing down the DVD player reveals it to be the opening titles for a Weiss Brothers-Artclass short, Hit the Hay.) 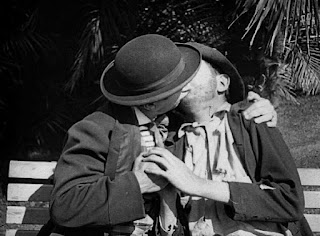 George Ovey stars in Jerry’s Perfect Day (1916), one of his “Merry Jerry” Cub Comedies—another entry missing some footage (it's a two-reel comedy).  Michael Barrett at Pop Matters observes that most of the comedy shorts on Found share a common theme: “the number one pastime in them is avoiding the police.”  That’s probably because running away from cops was funny back then (not so much now, if you catch the cable news shows on a regular basis), and Perfect Day makes good use of this “cop avoidance” in a chuckle worthy sequence where Jerry and his fellow hoboes make off with police uniforms while the Men in Blue are having a dip in a pond during a picnic.  One of the tramps in Jerry’s midst is a “nance” character who might be of interest to those who study queer cinema. 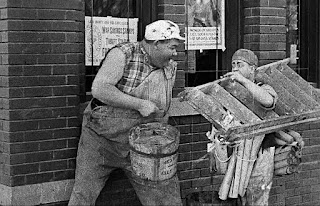 The Paperhangers Revenge (1918) has no police; what it does have is a group of the titular workers striking for better wages and working conditions, and as such the team of Bud Duncan and Kewpie Morgan (as one IMDb commenter noted, “Ham and Bud Without the Ham”) is assigned the task of redecorating a house.  Surprisingly, they excel at the task and embark on a successful career as decorators.  I’m kidding, of course; they make a proper mess of things much to the consternation of house cook Dot Farley (Edgar Kennedy’s mother-in-law in his R-K-O two-reel comedies).  I wasn’t particularly taken with this short, but that might have a lot to do with the fact that I don’t find Duncan funny, particularly in this ersatz Ham and Bud effort (I dearly love Lloyd Hamilton—but those shorts he did with Bud are a chore to sit through; I think it was Steve Massa who described those comedies as “[their] only distinguishing characteristic was that one was a big scuzzy bum and the other a little scuzzy bum”).  The only short featuring Bud Duncan that even remotely amused me was Casper’s Week End (1928)—one of the “Toots and Casper” shorts produced by Larry Darmour (and based on the Jimmy Murphy comic strip).  Film historian Richard M. Roberts notes that Paperhangers is actually Poor Rich Cleaners (1918), and he’s got a print of this short (with the original titles) to back this up…so I’m going with RMR on this one.  (Besides, a title card in the short contains this bit of dialogue: “ANYTHING! If’ll [sic] you’ll clean up these two Poor Rich Cleaners!”) 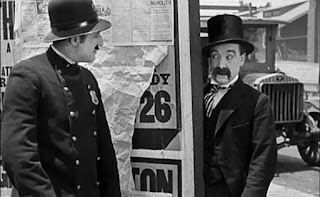 The remaining comedy shorts are Grief (1921), an oddity with Jimmie Adams (it’s almost as if the material in this one comes from two separate comedies), and Fifteen Minutes (1921), with ‘Snub’ Pollard.  Fifteen is the crown jewel on Found at “Mostly Lost”; this one-reeler (from Hal Roach’s “Lot of Fun”) moves at a breakneck pace—with oodles of hilarious slapstick bits (I love the gag where ‘Snub” does a backflip off a tandem bike)—as once again, the importance of not interacting with the gendarmes is hysterically enforced.  The IMDb says Charley Chase directed this one as well…the “Mostly Lost” folks credit William Watson.  The final bit of footage on this DVD is another bit of novelty: test footage from the 1940 Hal Roach production One Million B.C. (1940).

I love silent comedy—you probably know that by now—and I get no greater thrill when DVDs stuffed with unseen treasures from that era are made available for a larger audience to experience and enjoy.  If you think along similar lines, a purchase of Found at “Mostly Lost” will not disappoint.
Posted by Ivan G Shreve Jr at 7:00 AM