“Want to get away from it all? I offer you…Escape!” 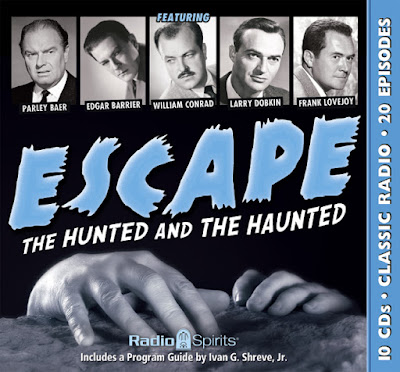 Yes, I know the title of this post sounds like another lame joke in the never-ending saga of Escape (1940) vs. Escape (1948).  Honest to my grandma, it’s not—I promised that there would be swag to give away in future, and I’m here to make good on that. 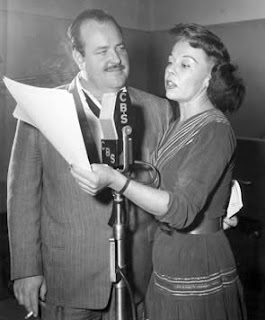 Escape was an anthology series broadcast over CBS Radio from July 7, 1947 to September 25, 1954.  It was often referred to as the “sister program” of “radio’s outstanding theatre of thrills” (Suspense), but like siblings there were noticeable differences.  Escape eschewed the high-wattage celebrity guest stars that Suspense was well-known for; occasionally the program would feature a big name (Victor Mature, Vincent Price) but mostly cast roles in their stories with the crème de la crème of “Radio Row”—William Conrad (who alternated with Paul Frees as the opening announcer on Escape), John Dehner, Parley Baer, Lawrence Dobkin, etc.

The stories on Escape were also of a “high adventure” nature, as boasted on the show’s legendary opening (usually spoken by second announcer Roy Rowan): “Escape!  Designed to free you from the four walls of today for a half-hour of high adventure!”  The scripts for the series mined a wealth of short stories from such luminaries as Rudyard Kipling, F. Scott Fitzgerald, and Robert Louis Stevenson (the list is a lengthy one).  Despite the fact that “the stars’ address” moved Escape around to different time slots like a life-or-death game of three-card monte…and in addition, had difficulty securing sponsors (it was sustained throughout most of its on-the-air run), it was a favorite of many listeners and remains so today (I consider it, Suspense, Gunsmoke, Dragnet, and The Whistler to be my top five favorite [non-comedy] OTR shows). 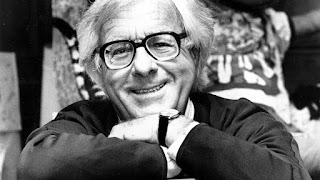 Back in June of 2014, Radio Spirits asked me to write liner notes for a 10-CD collection that was eventually released as The Hunted and the Haunted.  There’s some truly outstanding radio drama in this set, with tales adapted from authors like Ray Bradbury (“The Earthman”) and Alexandre Dumas (“The Second Shot”).  I have two copies of this set to give out to loyal members of the Thrilling Days of Yesteryear faithful…and the best part of this is that it will require minimal effort on your part if you want a chance to win one.

Since the last giveaway I did here at TDOY was back in July of this year (with Suspense at Work), the usual “thirty-day rule” need not apply to this contest.  (Of course, if you won one of the Suspense sets and feel guilty about entering another giveaway so soon, we wouldn’t think less of you if you opted out; in fact, we would be so proud that we’d construct monuments in your honor and compose folk songs in tribute.)  Just drop me an e-mail with “The Hunted and the Haunted” in the subject header so I know your entry is legit (I’ve been making a concerted attempt to remove my name from any mailing list that even reeks of political content—the Giant Meteor can’t get here soon enough for me) at igsjrotr(at)gmail(dot)com.  The deadline for this contest will be 11:59pm EDT next Saturday, September 24; I will select two winners via the all-powerful numbers generator at Random.org and inform them of their good fortune so that they can provide me with snail-mail details (so that I might send their swag on its way).

Residents of the blogosphere, unite!  You have nothing to lose but your chain e-mails!  Remember, cartooners—Thrilling Days of Yesteryear is the phrase that pays!
Posted by Ivan G Shreve Jr at 7:00 AM

You should enter! It don't cost nothin'!