Book Review: Don’t Shoot Me, I’m Only the Gorilla! 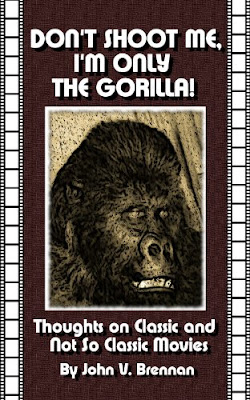 I’ve acquired a reputation as a Luddite when it comes to certain forms of technology.  For example, I’m the last remaining person on Earth not to own a cellphone.  I’ve never had a desire for one, even though I readily admit they come in handy from time to time.  To put this into perspective—both of the ‘rents own cellphones, and yet the only time they’ll explore the features on the DISH satellite system is when they inadvertently screw up something I tried to DVR.  (I have noticed this has happened a lot lately.)  In my former career as a night auditor/hotel clerk, I was constantly having to answer the telephone—and that might go a long way towards explaining why a ringing cellphone is the last thing I near my person. 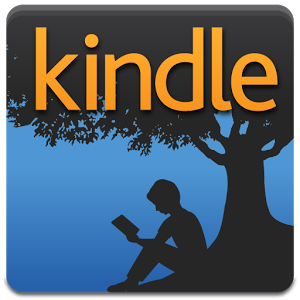 But I’d like to say a good word or two about Kindle.  I think being able to store a library on my tablet is a pretty cool thing, particularly when storage space seems to get smaller and smaller with each new house we rent.  I have a few friends on Facebook who view Kindle (and other forms of electronic bookage) with disdain, rhapsodizing about how reading books just isn’t the same unless you’re able to lovingly caress the paper pages and enjoy that new book smell (or old book smell, depending on the vintage).  If this brings you pleasure in life…have at it.  I still have a good many tomes on my bookshelf that I like to pore through from time to time—but I can do it faster (and it’s less cumbersome) with Kindle.  The electronic book industry seems to be a thriving one; my fellow CMBA members Rupert Alistair and John Greco are just several people who have had luck with the e-book format, and I myself have even contributed to e-books.  (Don’t think I started building a swimming pool from all this, though—the proceeds go to worthy charities.) 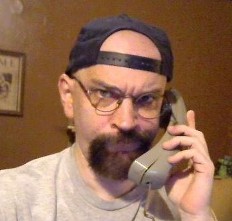 One of the first e-books I bought for my Kindle was Don’t Shoot Me, I’m Only the Gorilla!—a collection of movie reviews penned by my Facebook compadre John V. “Jay” Brennan.  The content originally appeared as essays written for a number of websites maintained by Jay, including The Secret Vortex, The Stuff You Gotta Watch, and Laurel and Hardy Central (he’s one of the co-founders).  (Note: if you click on any of these links and get a “Traffic Quota Exceeded”—there is nothing wrong with your computer.  Jay is just a very popular guy.)  It’s a fun movie book to peruse, because you can devour with relish the subjects that appeal to you…and skip over those that do not. 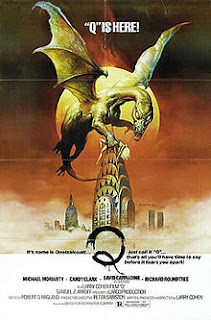 Jay and I share a mutual appreciation for certain types of movies: his likes include vehicles featuring Laurel & Hardy (natch), W.C. Fields, Abbott & Costello, The Marx Brothers, and the Bowery Boys.  Films with Buster Keaton, Harold Lloyd, and Popeye also rate highly with Mr. B, and I was also tickled that he shares the same disdain for Roger Moore as 007 as I do.  (Not a fan.  Sorry.)  His favorite filmmakers are Billy Wilder, Akira Kurosawa, and Alfred Hitchcock, and in addition, Gorilla is sprinkled with humorous personal anecdotes, including his attendance at a Chiller Expo in 2008 (where he insulted a Ferengi) and his lifelong affinity for schlock-horror movies like The Incredible Melting Man and Q: The Winged Serpent.  (“That one had Michael Moriarty, Candy Clark, Richard Roundtree, and David Carradine.  Wow!  A nutjob, a cutie, an action star and a Carradine all in the same movie.  You would think with that cast, they wouldn’t need a winged serpent to spice things up.”) 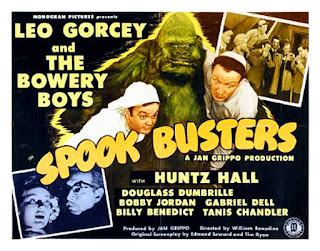 The title of the book is explained by Jay in a review of the Bowery Boys romp Spook Busters (1946): “Spook Busters breaks what, to me, is a cardinal rule of slapstick comedies: never kill the gorilla.  If you’re going to use a gorilla in a comedy, killing it at the end leaves a bad taste in my mouth.  In a horror movie like Murders in the Rue Morgue, fine—kill the gorilla.  But in a comedy, he should triumph at the end, as in Laurel and Hardy’s Swiss Miss, when he makes a surprise reappearance after Stan and Ollie believe he had plummeted to his death.  In Spook Busters, after being cooped up in a cage for most of the picture, the gorilla escapes and is shot to death by Douglass Dumbrille and the cops.  It might be a little thing, but it just spoils the final moments of the film for me.  I have my movie rules, and I don’t like to see them broken.”  Brennan’s advocacy in protecting celluloid gorillas did not go unnoticed by the African Wildlife Federation, who honored Jay with its “Activist of the Year” Award in 2012.  (Okay, I made this last part up.)

What I enjoy most about Jay’s book is that his essays are clear, concise and to the point; he doesn’t go in for a lot of the frilly profundity that pockmarks a lot of film criticism but rather writes in a fashion that John Q. Moviegoer can easily comprehend.  Okay, I should say that’s the second thing that I like most about Don’t Shoot Me, I’m Only the Gorilla!—the real selling point is that the price of this delightful collection of movie essays is only $4.99…a mere bag of shells.  Drive by Amazon (you’ll know it when you see it—it’s that huge place that resembles a penitentiary) and grab yourself a copy for hours of reading pleasure.
Posted by Ivan G Shreve Jr at 7:00 AM