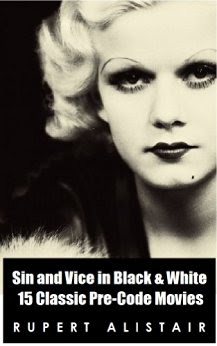 Two weeks ago in this space, I ate up a little Internets bandwidth telling you about my fellow Classic Movie Blog Association compadre John Greco’s e-book Film Noir at Twenty Four Frames Per Second.  I mentioned that John was prolific when it came to e-book publishing…and while I don’t wish to trivialize his notable efforts, John’s kind of a piker when it comes to the output of another CMBA member-in-good-standing—Rupert Alistair.

Rupe is the proprietor of Classic Movies Digest, a fine weblog about one of my favorite subjects (natch)…yet I think the wonderful thing about Rupert’s blog is that his posts are laced with passion for the cinematic subjects he writes about.  Alistair is the kind of writer who is just going to bust unless he can pass along his excitement about a favorite movie to the person perusing the essay.  This, as you may have already suspected, is a very good thing. 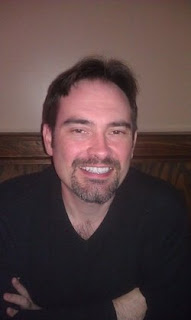 It’s Rupert’s prolificacy in the e-book arena that really sets him apart from his fellow movie mavens: as of this writing, he’s e-published five issues of essays in the Classic Movies Digest series; three editions of The Name Below the Title (an emphasis on those great character thesps that we worship here at TDOY); Hollywood and the Home Front: 25 Fabulous Films from the Forties; The Search for Scarlett O’Hara: Gone with the Wind and Hollywood’s Most Famous Casting Call; and three “why-haven’t-you-watched-this-already” books that are available separately or in a single Kindle bundle: Classic Movies, Classic Movie Gems, and Hidden Hollywood Gold.  I think it’s a safe bet that by the time I’ve finished a bowl of Cheerios tomorrow morning Rupe will have added at least three more e-books to that list.

I kid.  I kid because I love.  You know what else I love?  Pre-Code movies.  Which is why I took several trash bags filled with pop cans (a souvenir of my former sugary soda-drinking ways) down to the recycle center, raising enough scratch to purchase a Kindle copy of Sin and Vice in Black & White: 15 Classic Pre-Code Movies.  (Okay, I’m just joking about the soda cans.  It hasn’t come to that…yet.) 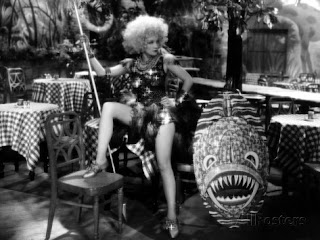 After a brief chapter (“What Are Pre-Code Movies?”) that educates the classic movie novice on what constitutes a Pre-Code film, Rupert describes vehicles featuring Joan Crawford (Paid, Dancing Lady), Jean Harlow (Red-Headed Woman, Red Dust), and his personal favorite, Barbara Stanwyck (Ladies of Leisure, Shopworn).  Alistair covers some very familiar titles (I’m No Angel, Footlight Parade) and some that are a bit lesser-known (Girls About Town, Mandalay) …and also some personal favorites here at TDOY (Safe in Hell, Blonde Venus).  If I were Rupe’s editor, I might have suggested maybe adding another Warren William title (his essay on 1933’s The Mind Reader is exceptionally good)—but that’s just a pin prick of a nitpick. 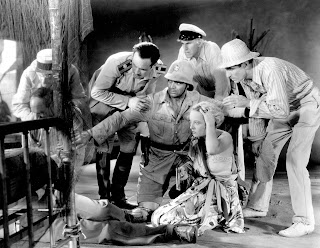 I’ve said this often on the ol’ blog…but to me, the mark of a good movie critic is making the reader unfamiliar with the film discussed say to him/herself: “Hokey smoke, Bullwinkle—I have got to slip this in my ClassicFlix queue!”  (Okay, so I did a little pimping there for my bosses.  This is assuming it’s on DVD, of course.  If not, your friendly neighborhood bootlegger will no doubt be getting an e-mail.)  A good reviewer can also persuade that reader who has seen the film that they need to put the ClassicFlix-bootlegger wheels in motion in order to experience it a second—or third, or however many occasions it’s been watched—time.  Rupert has an edge over a lot of his fellow classic movie scribes in that there’s no question he loves the movies he writes about, and is able to vividly express that adoration on each e-book page.  (It’s so awkward not being able to write “printed page.”)

“The films discussed here are by no means the only ones worth their salt as movie offerings during the period,” Alistair notes in his “What Are Pre-Code Movies?” prologue, “nor are they necessarily the best or the worst.”  But I feel Rupert’s batting average in Sin and Vice in Black & White is pretty solid, and not only would I not hesitate recommending it to classic movies fans, I’d emphasize the fact that the price of the Kindle book ($2.99) is sweeter than high fructose corn syrup.  (Which reminds me…I have some soda cans to crush in order to fundraise buying more of Rupe’s books.)
Posted by Ivan G Shreve Jr at 7:00 AM

And here's the bonus: you'll want to sit down with a lot of these movies, and that's never a bad thing!