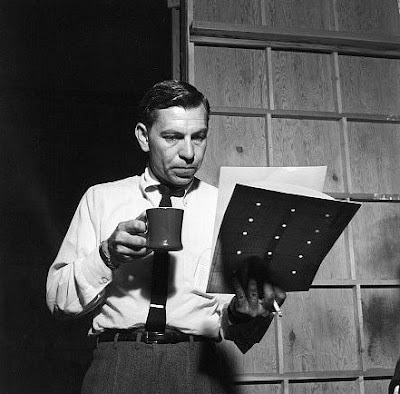 The recent passing of character great Harry Morgan cast a notable pall over the House of Yesteryear because it coincided with a tribute I was working on for Edward Copeland on Film…and More to commemorate the sixtieth anniversary of the television debut of Dragnet, which premiered on Chesterfield Sound-Off Time 60 years ago on this date before becoming a regular series on NBC Thursday nights (in its first year, however, it alternated weekly with another OTR chestnut introduced to the boob tube, Gangbusters).  If you’ve been reading this blog for some time now, you know that I am one of the world’s biggest fans of the seminal cop show—in fact, I broke out several of the Dragnet DVD sets while I was writing the Copeland piece and got my nostalgia on, so to speak. 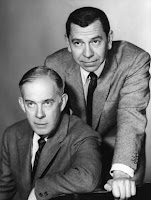 I have two very vivid memories of the 1967-70 version of Dragnet, on which Morgan co-starred as Joe Friday’s (Jack Webb) partner when Friday’s sidekick, Frank Smith, was unable to appear in the revival of the program that originally aired on TV from 1951-59 (actor Ben Alexander was by the time of the 1966 Dragnet pilot appearing on ABC’s Felony Squad with Howard Duff and Dennis Cole and the producers wouldn’t give him a release).  The first was watching the show when I was a kid; it could have been at the tail-end of its original network run but more than likely it was probably when the show first hit syndication—anyway, there’s a fourth season episode entitled “Homicide: Who Killed Who” that features Friday and Gannon investigating a series of homicides and before one of the victims expires he whispers the cryptic words “Oft One.”  I have no idea why this episode gave me nightmares as a young tad but it did. 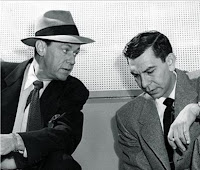 The other occurred during my days of exile in Morgantown, WV during the 1990s—I was living with my BFF The Duchess and her family before striking out on my own and her husband and I had a nightly ritual in which we would watch Dragnet on Nick at Nite every evening, howling with derisive laughter any time one of the “drug” episodes were repeated (particularly when the characters who disagreed with star Webb’s “gateway drug theory” were written as arrogant, campy Batman villains)…and imitating Webb and Morgan’s nodding in assent to each other just to see who could break the other up first.  (This probably coincided with the time that he and I devoured an entire box of Snickers ice cream bars in one sitting, thanks for noticing.)  I’ve stated many times in the past that despite the show’s frequent descent into Reefer Madness absurdity, Dragnet is one of my favorite TV series of all time.  I cannot stress enough, however, that you really need to acquaint yourself with the classic radio broadcasts (particularly those with Barton Yarbrough, who played Joe Friday’s first compadre, Ben Romero) to understand why Dragnet was such a groundbreaking show.
The post you have just read is true.  The names have not been changed, because nobody is innocent.

I was sad at Harry Morgan's death too. In addition to seeing him in MASH for many years, I recently saw him in a film that you recommended called 'Support Your Local Sheriff' with James Garner. I liked it. And may I add that I have a soft spot for the film version of 'Dragnet' with Dan Akroyd and Tom Hanks, which used to play on cable all the time when I was growing up.

This post has reminded me I need to check out Dragnet on television!--I listen to podcasts while walking to and from work, and it took me most of the summer to get through Dragnet the radio show (yes, all of it). And yes, the difference between Dragnet and its contemporary radio show brethren is astonishing--the sound design/effects alone make it sound like it's from twenty years in the future, never mind the plotlines, acting style, etc...Maybe a dvd set will be my Christmas present to myself this year. :)

One of my all time faves as well.

Currently enjoying the Dragnet/Adam-12 hr. weekday a.m.s on MeTV. And every episode just as absurdly goofy the third or fourth time watching.

You and I agree on many things (although one of them is not my fondness for a few reality or reality-competition series, but that's beside the point), and one of them is our fondness for the 1950s run of Dragnet on TV. Dragnet in the 1950s tackled issues that I don't know that most of today's procedurals would touch with the same frankness that Dragnet did. I don't think that the 1960s version of the show was able (or maybe Webb just wasn't willing) to tackle the sort of issues that the show dealt with in 1951.

As for those radio episodes, they and some of the other radio shows that Webb did are worth it just for the talent that he was working with. Raymond Burr spent a lot of time playing Friday's Captain and there were episodes of shows that Webb did that also starred William Conrad. Can you imagine Conrad, Burr and Webb together in one studio?

Harry Morgan made a few guest turns as a variety of characters on the radio "Dragnet," which likely explains his ties to Webb.

I grew up with the reruns of the 60's Dragnet, and the interplay between Friday & Gannon was just flat awesome. Harry Morgan's past work in sitcoms helped immensely.

It's just sad neither TV Land or anyone else thought of doing a tribute to the man.

I grew up with the reruns of the 60's Dragnet, and the interplay between Friday & Gannon was just flat awesome. Harry Morgan's past work in sitcoms helped immensely.

This was a "Dragnet" staple, dating back to its radio days. The discussions Friday and his companions had during the episodes humanized the characters, gave them a texture (and yes, some wry humor) while they were in the midst of doing their serious work. While Friday was, for the show's purpose, an uber-cop, handling everything from homicide to juvenile to bunco, the realism of "Dragnet" (and until you listen to some of the cheesy radio crime series that came before it, you really can't begin to appreciate it) helped listeners (and later, viewers) comprehend the nature of what police work was all about. Yes, the style of "Dragnet" could easily be parodied (as Stan Freberg did several times, brilliantly), but all of its successors, including the "Law & Order" franchise, owe a lot to Jack Webb.

Thanks for the chuckle, Paul...