“Shut up! You ain't gonna be tellin' nobody nothin' pretty soon!” 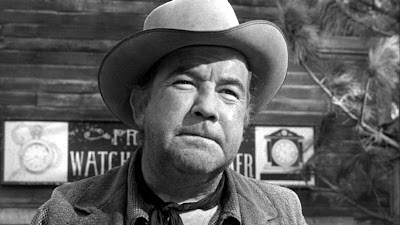 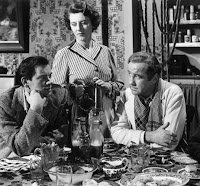 If you watch any of the three movies scheduled on The Greatest Cable Channel Known to Mankind™ this evening to commemorate what would have been actor Broderick Crawford’s 100th birthday, I cannot recommend strongly enough All the King’s Men (1949), the film that won Mr. C a Best Actor Academy Award (and based on what is probably my favorite novel of all time—well, it’s closely tied with John Steinbeck’s The Grapes of Wrath—by Robert Penn Warren).  The role of demagogic populist Willie Stark (loosely based on the real-life Governor Huey P. Long) vaulted the former character actor into leading man roles and he followed his King’s Men showcase with another great turn opposite Judy Holiday in Born Yesterday (1950). 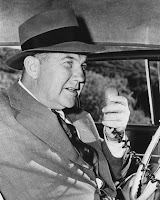 Critics have always slammed Brod because they argue that most of the movies he appeared in were simply variations of the uncouth and tyrannical Harry Brock in Yesterday—but Crawford’s a big fave here at Thrilling Days of Yesteryear, with such wonderful performances in films like Larceny, Inc., Black Angel, The Time of Your Life, The Mob, Scandal Sheet, Lone Star, Human Desire, The Fastest Gun Alive…and so many more.  He also achieved television immortality as the star of TV’s Highway Patrol; as Chief Dan Matthews, he was making highways safe long before Larry Wilcox and Erik Estrada rode motorcycles (in fact, Crawford turned up in an episode of CHiPs as himself and he wasn’t shy about pointing that out).

To pay tribute to an actor who may not have had the greatest range in the thespic arts but certainly never gave a boring performance, I wrote up a little something over at Edward Copeland on Film…and More which you are certainly welcome to check out at your leisure.  Incidentally, Crawford is the man I think of when I picture J. Edgar Hoover (he played the Head Fed in Larry Cohen’s 1977 cult film The Private Life of J. Edgar Hoover)…not that Leonardo DiCaprio punk.

How many years did you not have The Greatest Cable Channel Known to Mankind™ ? I still don't know how you did it.