Sorry seems to be the hardest word to say…though personally, I have difficulty with “onomatopoeia”…

I know…you don’t have to tell me.  I’ve looked at the number of posts I’ve managed to generate for the month of December so far, and even I’m flabbergasted at the depths of my inactivity.  Six posts total…and two of them were Mr. Schweier’s.  I was more prolific in March 2010, and that was the time I was flat on my back with that nasty hospital thing. 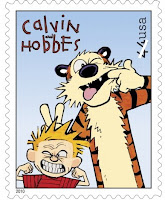 Since I have nothing in the Thrilling Days of Yesteryear kitty that would even allow me to wave hello at a lawyer, I’m going to have to conduct my own defense…and truth be told, I got nothin’.  I’ve been dabbling in other projects (it’s starting to look like I have a regular Friday feature over at Edward Copeland’s from the way the assignments fell this month—in fact, there’ll be a pointer to an essay appearing in this space then) but mostly I’ve been trying to shake off a crippling holiday malaise that seems to have sapped my creative muse and left her bleeding in that alley over yonder after swiping her purse.  A good portion of my free time has had me once again wrestling with that paean to inefficiency known as the United States Postal Service; I won’t bore you with all the details only to say that my former nemesis, Smock Lady, appears to have put a few more minions on her evil payroll. 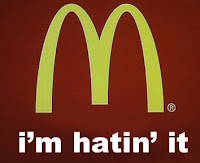 If it’s not the Athens Post Office that has my number, it’s a McDonald’s in town that apparently cannot process an order containing more than one item; my Mom stopped by there to grab a cheeseburger (she foolishly went without lunch Tuesday because she was assisting my young nephew in the partaking of his) and when she asked me if I wanted anything I replied that I’d like a large orange drink.  The cheeseburger came out fine-and-dandy (they even left off the onions like she requested) but the McD’s employees called a beverage audible at the last minute and I found myself choking on a Mr. Pibb, one of the most loathsome and odious beverages ever created by man.  (I’m not making this up.  If Superman’s kryptonite was in soda form, it would be Mr. Pibb.)  My sister Debbie took the ‘rents to a Mickey D’s in her neck of the woods one morning for breakfast this past summer and boasted proudly that they never get an order right…so Mom and I have come to the conclusion that they’ve opened up a franchise here in the Classic City.

Sure, I know what you’re thinking: “Boy, the holidays really bring out his paranoia, huh?”  (Clinking marbles in hand) Ah, but the strawberries…that's...that's where I had them…they laughed at me and made jokes but I proved beyond the shadow of a doubt and with... geometric logic... that a duplicate key to the wardroom icebox did exist, and I'd have produced that key if they hadn't of pulled the Caine out of action…I…I…I know now they were only trying to protect some fellow officers...um…heh heh…well, I seem to have wandered off the point. 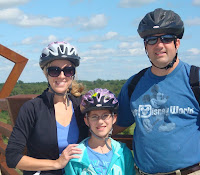 Debbie is partly responsible for the blog inactivity because she and her husband (and that scamp of a niece Rachel) will be paying us a visit shortly after Christmas and Mom is in major fattened-calf-preparation-mode, so I’m helping out wherever I can.  Last week, I was entrusted with the weighty responsibility of unwrapping Snickers minis so that Mumsy could prepare candy bar cookies.  (Please…save your applause for the end of the post.)  I have since been appointed chief sampler of Mater’s bakery wares, and my current fave is a little cookie entitled “Night and Day” (specifically inspired by the Cole Porter standard*) that features both your semi-sweet morsels and your white chocolate chips.  (If there is a Heaven, they’re serving these at the various hot cocoa establishments that I also imagine dot the landscape inside the Pearly Gates.)

So with a little more than a week before the sands of 2011’s hourglass run out, I have sworn to myself that I am going to be more productive in the coming year—call it early New Year’s resolutions if you like…in fact, I insist because on the off-chance that these pronouncements don’t come to fruition I’ll be excused because everybody knows a verbal contract isn’t worth the paper it’s written on.  (Sam Goldwyn.)  But that’s kind of silly when you think about it, because I’m not actually saying this but writing…well, there’s no sense in splitting hairs.  On to the resolutions…
1)      I’m going to start posting more regularly on the blog.  I’ve been distracted by the things I mentioned in the previous paragraphs but also by other shiny trinkets (I don’t know if you’ve heard of this, but there’s this Facebook app called CityVille that lets you design your own city and it is as addictive as crack—for me, anyway).  I’ve got piles of movies recorded on DVD-R from the days when I could watch The Greatest Cable Channel Known to Mankind™ without having to decide two-out-of-three falls with my father—who, by the way, tried to tell me earlier this evening (as he was channel surfing like a man possessed) that Operation Repo is now on the History Channel.
ME: What’s historical about people swearing and being unpleasant to one another while they’re taking other individual’s automobiles?
DAD: Well, they have Pawn Stars and American Pickers on there, don’t they?
ME: That’s logical…people bring in items of historical value…
DAD: Storage Wars is on there, too…
For the record, I checked on that…and Storage Wars is on A&E, which is channel 49 on our cable system.  (The History Channel is 47.)
2)      I’ve also got some free swag to give away—had I received it sooner, I would have tried to make it available in time for Christmas…but I would have also had to depend on the Post Office, which answers to no one but themselves.
3)      I’m also planning to make good on some commitments I made to some folks concerned some free stuff they sent my way…and I profusely apologize for taking so long on this but in case this is your first visit to the blog—I am lazy beyond belief sometimes.
4)      The good people at VCI were also kind enough to send me free goodies, and I’ll be watching them on a regular basis and giving you my take on them.  Ditto for my BBFF Stacia, who was most generous in bestowing upon me prized cinematic artifacts from the She Blogged by Night archives.

Speaking of Stacia (smooth as glass, I tells ya), I want to thank her publicly (and gigantically) for the lovely Christmas card she sent my family and I, as well as faithful TDOY reader Dan O. in the wilds of The Great White North for thinking of us here at the House of Yesteryear with similar card-like sentiments (my mother is a sucker for baby harp seals, btw).  My good friend ClassicBecky also sent some Christmas cheer, for which I am most thankful…I don’t know if she’ll see this or not because she is currently experiencing technical troubles at WBKY (apparently the cable wiring in the building housing her new bachelorette digs is not up to code) but in case she does…a thousand thanks, Miss Driscoll.
I’m hoping to be able to get the Coming Distractions for January 2012 up before…well, before January 2012, natch (because of my sister’s visit, blogging will be sort of spotty but I will be making the call to the bullpen to have Phil pinch-hit with some first-rate film noir reviews) and I have one or two posts that I’m working on in the meantime.  If by some odd chance I don’t see everybody before then I want to wish everyone a happy holiday and best wishes for the upcoming New Year.
*Yes, I made this up.

Ivan,
You have one more post than I do for December so I guess I'm in the dog house too! It sounds like you've been staying busy with other projects and with the holidays approaching.

Since you brought up the orange soda incident it reminded me of a trip to Sonic that I made with my dad awhile back. He's incredibly shy for a 60 plus year old but anyway, We were at the drive-in window speaker and I told him that I wanted a diet, cherry vanilla coke. He gave me a look like "Really, I'm not asking for something that weird" Well, after convincing him that they make that drink often he pushed the button to order my drink and his simple Cherry Slush. Within a few seconds a voice came on and said "Sir, we're all out of Cherry Slushes!" All while my dad was waiting to say "Told ya so". We had a good laugh.

Your family is beautiful Ivan! Happy Holidays to you and yours with Best Wishes for the New Year.

The only FB multi-player game I ever played was similar to CityVille. It's called Social City (maybe you've heard of it), and I liked it, but the creators were always slow to produce new buildings and they seemed to develop their other games at a quicker rate. I stuck with it for a year before giving up, which is too bad because I had a nice city going for awhile.

Happy Holidays to all.

Isn't Mr. Pibb the illegitimate son of Dr. Pepper? I think so -- I would pass up both of them if I were crawling through the proverbial desert, dying of thirst. Yuck!

My computer is being kind enough to let me leave a comment (well, maybe -- I haven't tried to post it yet!) You are forgiven, and this comes from someone who has one whole post for December. Of course, I have an actual reason besides laziness....although that does occur periodically in my nature. Of course I just love your Mom (Irene to me), and your Dad (Dad to me) is taking his place in my mind as a wonderfully eccentric guy (Operation Repo on the history channel?) Again, Merry Christmas to all of you at the Rancho from WBKY...

Ivan, I've been MIA pretty much since Labor Day so don't feel bad. Until the last week, I'd kill to post six times in one month! Have a wonderful holiday and best of luck in the new year!

I've given up on Cityville and just about every other Facebook game (and I've pretty much given up on Facebook and Google's Facebook clone Google+ if you want to know about it) thanks to the fact that Flash crashes on my computer if it even looks like I'm planning to do anything on it.

Not that this helps, but I have the same problem. This coal-burning computer of mine just doesn't have the memory to run that game anymore.

While I'm sure he would blush at the compliment, "eccentric" is a term I usually hold in reserve for people with money. And I know for a fact he ain't got any.

Everybody, pour your Mr Pibb into envelopes and send it to me. I am an unabashed Pibb lover. I apologize for nothing!

I'm glad you liked the card, Ivan! Happy Holidays everyone!

I am an unabashed Pibb lover. I apologize for nothing!

So this is what it feels like to be Miles Bennell...