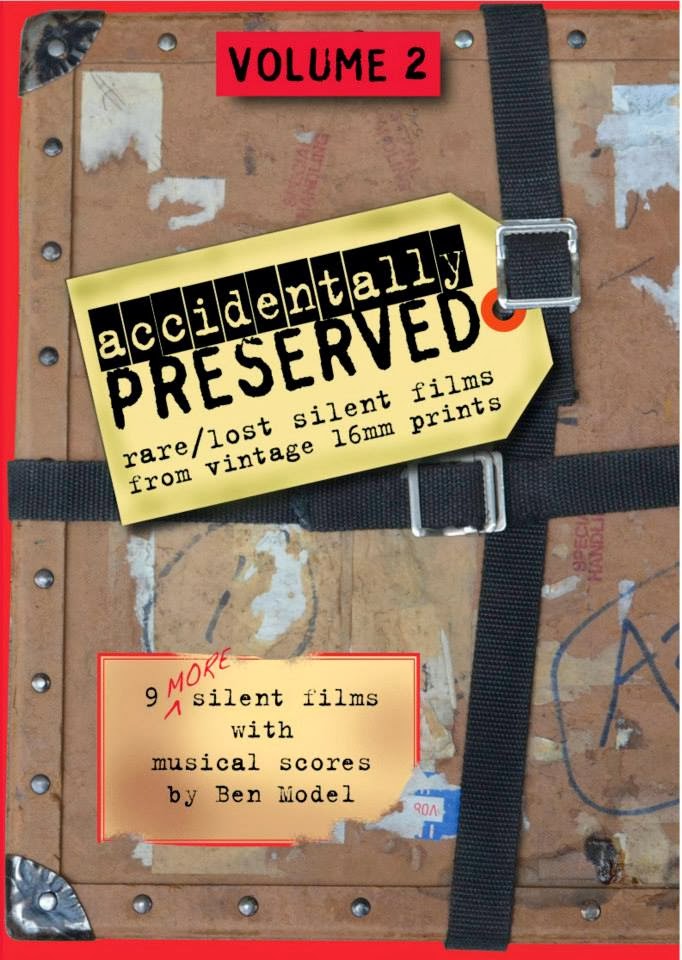 (No, this is not the real title of the follow-up to the successful DVD release first mentioned in this post from November 2012.  I just wanted to see if I could make a Croissandwich come out of Stacia’s nose.) 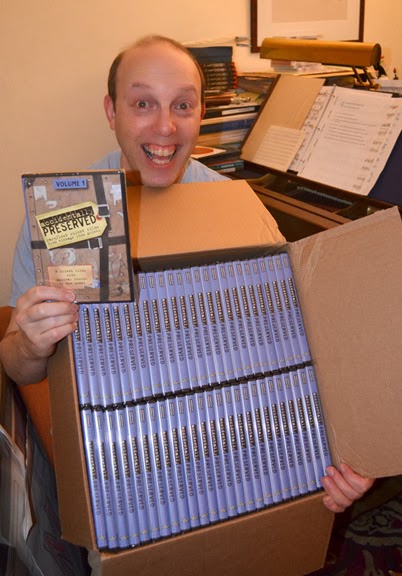 Silent film historian-accompanist Ben Model announced on Facebook the other day that Volume 2 of Accidentally Preserved, a sequel to a DVD release of silent film rarities that I reviewed on the blog in June of this year, will be released sometime in January 2014.  I informed him that I’d talk up the project on the blog as soon as the word came down when he would start passing around the hat on Kickstarter.

He then told me that Kickstartering this bad boy would not be necessary: because the first disc sold so well on Amazon and other venues where he offered up the DVD—plus there was a bit of fundage left over from the first open guitar case at Kickstarter—he had more than enough capital for the January 2014 release.  The thing is: I should have known this, because I mentioned it in this post from July—which proves that my memory isn’t what it used to be (that or I need to read my blog more).  I blame this influx of dementia on my parents, by the way, who are determined to drag me kicking and screaming with them on their trip to Fogeyville, USA.  (Their television ritual now involves watching Wheel of Fortune and Jeopardy in the evenings.  Sadly, medical science has yet to find a cure.)

So do I have the skinny on what to expect on Volume 2?  Funny you should ask that—one of the gems scheduled is a Lloyd Hamilton comedy entitled Papa’s Boy (1927), which to me would be incentive enough to purchase the DVD, since I am a huge fan of this silent comedian.  There are also comedies from Charley Chase clones Neely Edwards (a 1927 Bluebird comedy entitled The Little Pest which also features frequent Three Stooges player Bud Jamison) and Henry Murdock (1927’s Cook, Papa, Cook), as well as Bobby Vernon (1920’s Why Men Go Wild), with whom I recently became familiar after purchasing an Alpha Video DVD of some of his comedy shorts from Oldies.com.  There is also a 1924 “Telephone Girls” two-reeler featuring Alberta Vaughn entitled Sherlock’s Home; the “Telephone Girls” was a series produced by FBO (Film Booking Offices of America) in 1924 which featured Vaughn as “Gladys Murgatroyd”—Home also has a brief cameo from another unsung female funster, Gale Henry. 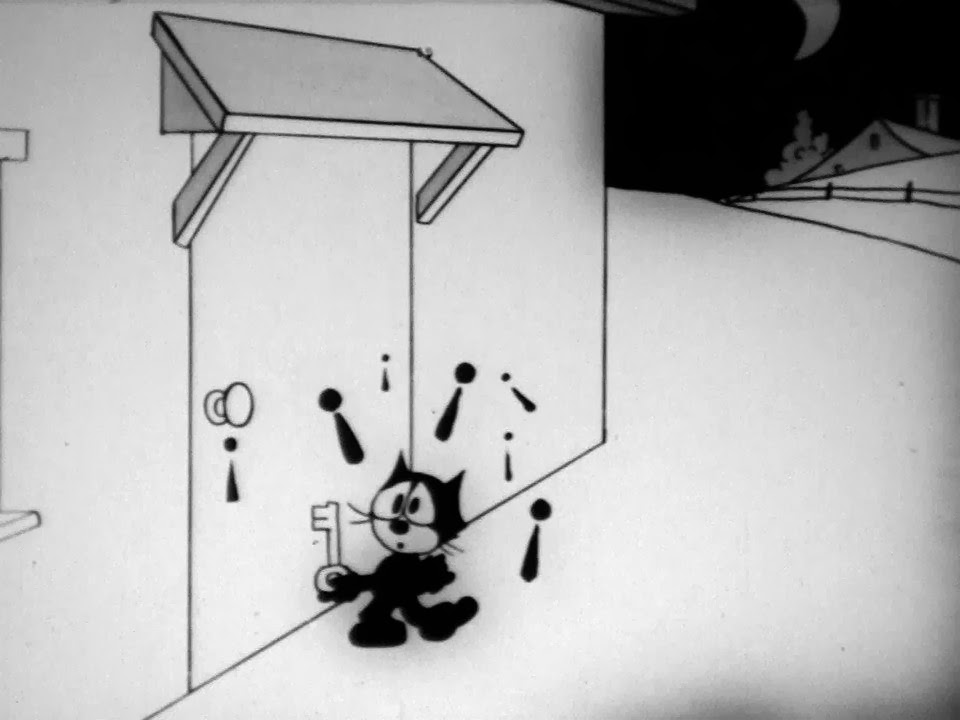 And for those of you who don’t like comedy…there’s sport cartoons.  A couple of animated entries from director Otto Messmer and producer Pat Sullivan that feature Charlie Chaplin (1919’s Charlie on the Farm) and Felix the Cat (1927’s Whys and Otherwise).  Two oddities round out the collection: a 1925 public service announcement (animated by Dick Huemer) for Christmas Seals and a 1928 cautionary tale entitled How Jimmy Won the Game, which preaches of the dangers of mixing America’s pastime with blasting caps.  As with Volume 1 of Accidentally Preserved, many of the shorts in this collection constitute the only known existing prints of these valuable films.

So keep an eye peeled at Amazon for a listing of this release…and if I get additional information in the meantime I’ll be certain to slap it up here on the blog.
Posted by Ivan G Shreve Jr at 8:00 AM