Ladies they talk about 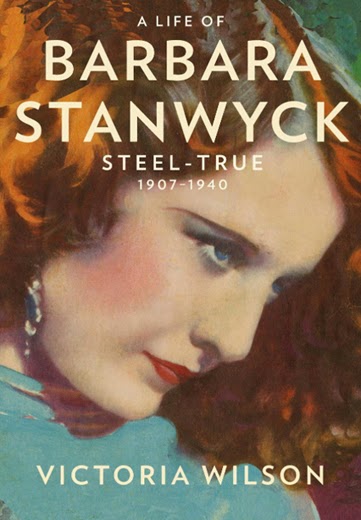 The last time I gave away free swag here on the blog was back in May, so I regret not having fabulous prizes available for the Thrilling Days of Yesteryear faithful to win…but I’m going to rectify this situation right now with a giveaway that will interest Barbara Stanwyck fans (and you know who you are!): a chance to win a copy of Victoria Wilson’s new Babs biography, A Life of Barbara Stanwyck: Steel True 1907-1940: 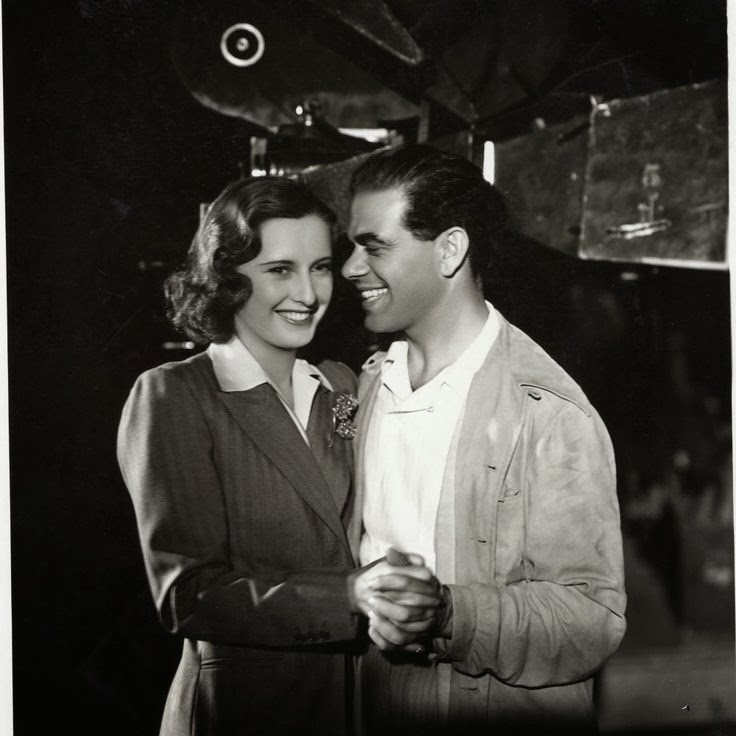 Frank Capra called her “The greatest emotional actress the screen has yet known.”

She was one of its most natural, timeless, and underrated stars.

Now Victoria Wilson gives the first full-scale life of Barbara Stanwyck, whose astonishing career in movies (88 in all) spanned four decades beginning with the coming of sound, and lasted in television from its infancy in the 1950’s through the 1980’s—a book that delves deeply into her rich, complex life and explores her extraordinary range of motion pictures, many of them iconic. Here is her work, her world, her Hollywood…

We see the quintessential Brooklyn girl whose family was in fact of old New England stock…her years in New York as a dancer and Broadway star…her fraught marriage to Frank Fay, Broadway genius, who influenced a generation of actors and comedians (among them, Jack Benny and Stanwyck herself)…the adoption of a son, embattled from the outset; her partnership with the ‘unfunny’ Marx brother, Zeppo, crucial in shaping the direction of her work, and who, together with his wife, formed a trio that created one of the finest horse breeding farms in the west; her fairytale romance and marriage to the younger Robert Taylor, America’s most sought-after—and beautiful—male star.

Here is the shaping of her career with many of Hollywood’s most important directors: among them, Frank Capra, “Wild Bill” William Wellman (“When you get beauty and brains together,” he said, “there’s no stopping the lucky girl who possesses them. The best example I can think of is Barbara.”), King Vidor, Cecil B. Demille, and Preston Sturges, all set against the times—the Depression, the New Deal, the rise of the unions, the advent of World War I—and a fast-changing, coming-of-age motion picture industry. 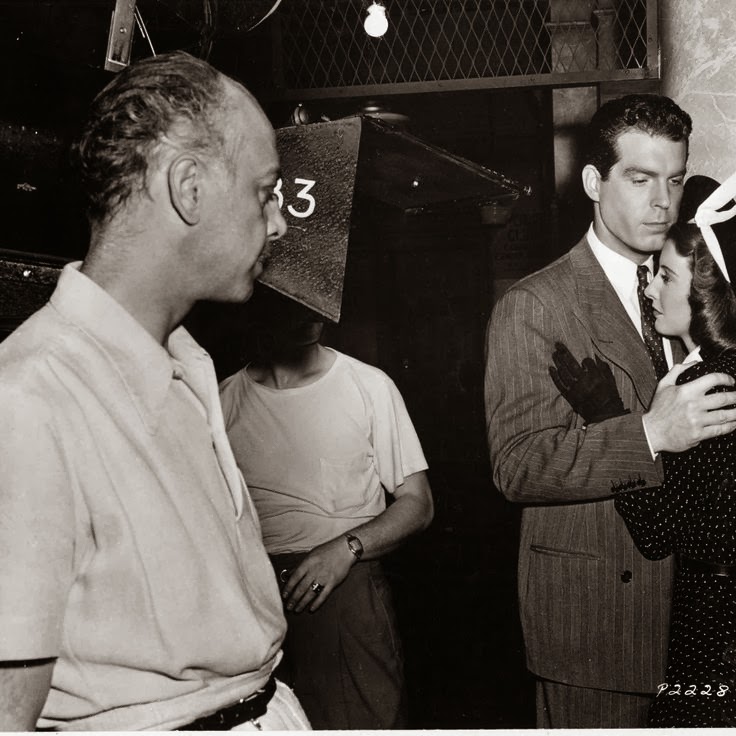 And here is Stanwyck’s evolution as an actress in the pictures she made from 1929 through the summer of 1941 where Volume One ends—from her first starring movie, The Locked Door (“An all-time low,” she said. “By then I was certain that Hollywood and I had nothing in common”); and Ladies of Leisure, the first of her six-picture collaboration with Frank Capra (“He sensed things that you were trying to keep hidden from people. He knew. He just knew”), to the scorching Baby Face, and the height of her screen perfection, beginning with Stella Dallas (“I was scared to death all the time we were making the picture”), from Clifford Odets’s Golden Boy and the epic Union Pacific to the first of her collaborations with Preston Sturges, who wrote Remember the Night, in which she starred.

And at the heart of the book, Stanwyck herself—her strengths, her fears, her frailties, her losses and desires; how she made use of the darkness in her soul in her work and kept it at bay in her private life, and finally, her transformation from shunned outsider to one of Hollywood’s—and America’s—most revered screen actresses.

Written with the full cooperation of Stanwyck’s family and friends, and drawing on more than two-hundred interviews with actors, directors, cameramen, screenwriters, costume designers, et al., as well as making use of letters, journals, and private papers, Victoria Wilson has brought this complex artist brilliantly alive. Her book is a revelation of the actor’s life and work.

With 274 photographs; many published for the first time. 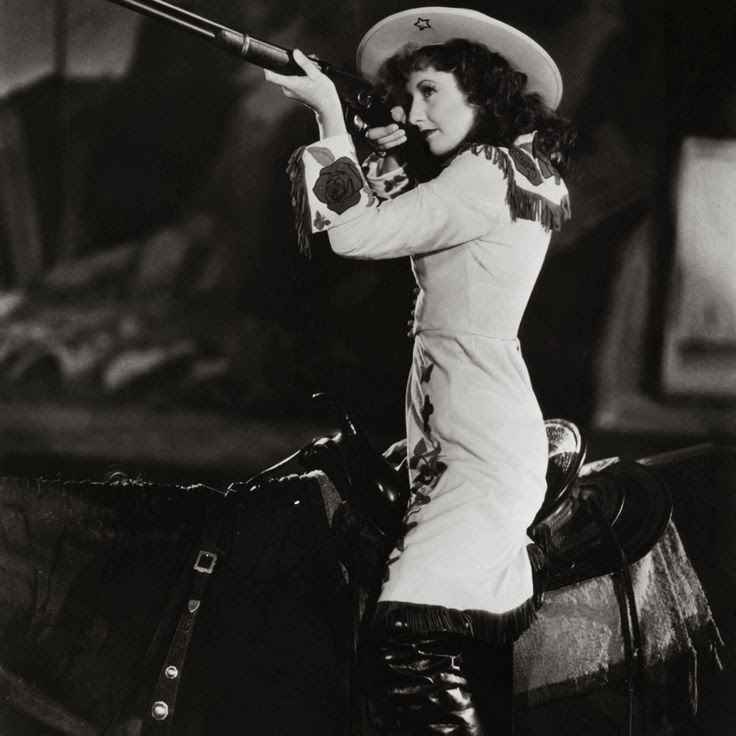 Thanks to the generosity of Elina Vaysbeyn at Simon & Schuster, I have procured two of these books to give out to two lucky members of the TDOY fellowship…and what’s more, they have been autographed by Ms. Wilson herownself.  All you need to do for an opportunity to win is shoot me an e-mail at igsjrotr(at)gmail(dot)com with “Steel True” in the subject header—and if you want to include something clever like “Gosh all fishhooks, but this would look lovely on my mantelpiece” that’s fine…it won’t increase your chances any, but it will make ol’ Uncle Ivan laugh.

Those of you interested will need to get your e-mailed entry to me by next Friday (November 22), 11:59pm EST…I’ll draw two winners via Random.org on Saturday and have the books out Monday.  If you want to provide your snail mail address in your entry that will be great…but if you’d rather wait until you know you’re a winner, that’s okay-fine with me, too.  Just make certain that snail mail address is in the U.S. or Canada, because Uncle Ivan simply cannot come up with the necessary pocket change to send things international-wise (it’s bad enough he has to steel himself to mail things to The Great White North, particularly with the USPS’ insistence on a full body cavity search*).

A Life of Barbara Stanwyck: Steel True 1907-1940 would the perfect gift for anyone who’s skipped a day from work to watch a Stanwyck movie on The Greatest Cable Channel Known to Mankind™, or if you’re feeling particularly noble, a nice holiday gift for the classic movie lover in your household.  So get those e-mails in, cartooners!  Thrilling Days of Yesteryear, where the winning tradition continues!

My copy arrived yesterday and I was in L.A. researching so I couldn't pick it up! But I am looking forward to holding it in my hands in the next few hours. You probably know this, but I had the honor to interview Ms. Wilson about the book not long ago. It was a fascinating interview.

I love her in everything she did but Remember The Night is my favorite with Ball Of Fire second.