DVD Review: Baby Peggy: The Elephant in the Room 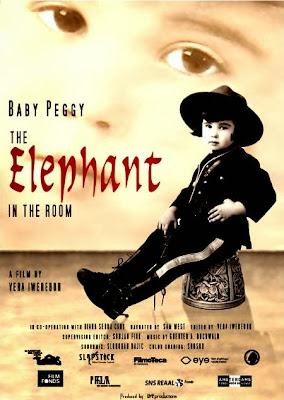 On a Monday night in December of 2012 (December 3rd, for those of you keeping strict accounts), The Greatest Cable Channel Known to Mankind™ premiered a documentary on actress-author Diana Serra Cary—who in the 1920s was second in popularity to movie moppet Jackie Coogan as silver screen favorite “Baby Peggy” Montgomery.  Entitled Baby Peggy: The Elephant in the Room (and directed by Vera Iwerebor), the presentation was also accompanied by showings of three of Cary’s "Peggy" short subjects and the 1924 silent feature Captain January.  I mentioned previously in this blog post that I caught most of the doc and two of the three shorts when they aired but that I was disappointed that I wasn’t able to see January (well, my father has a rendezvous with Kindly Doc Maddow weeknights at 9...there's not much I can do about that).

That disappointment has since disappeared; Milestone Film & Video has released not only the documentary but the supplement shorts and feature to DVD, which is now available as of today, as a matter of fact.  Milestone founder and Facebook chum Dennis Doros was gracious enough to send me what we call in the blog business a “screener,” and I was able to have a look at the entire package this weekend.  I’ve long been a fan of Milestone; several of their releases occupy permanent positions in the dusty Thrilling Days of Yesteryear archives (you may remember me talking up their Charley Chase collection, Cut to the Chase, earlier this year) including a few of their acclaimed Mary Pickford releases.  They’ve also released a number of independent films to DVD (examples include The Exiles and I Am Cuba) not to mention responsibility for a number of documentaries shown on the aforementioned Tee Cee Em (notably Captured on Film: The True Story of Marion Davies).  The Elephant in the Room is a most worthy addition to their first-rate silent film catalog. 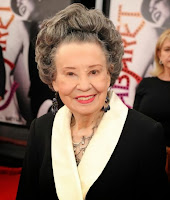 Diana Sierra Cary marked her 95th birthday on October 29—both the IMDb and Wikipedia record it as the 26th, which is at odds with what Cary has written…and I think she’s in a better position to know—and along with Mickey Rooney, Jean Darling and Carla Laemmle is one of the last surviving film stars to have worked in the silent era.  She began her motion picture career at the age of 19 months…and was considered a “has-been” by the time she turned 11.  After a second career as a movie extra and a third vocation devoted to the Catholic church as well as a greeting card business, Cary eventually found her niche as a film historian, telling the stories of Hollywood stuntmen (including her father, who used to double for cowboy star Tom Mix) in The Hollywood Posse and other kiddie performers in Hollywood's Children.  The Elephant in the Room chronicles much of her story, which takes turns both tragic and triumphant in its hour-long presentation. 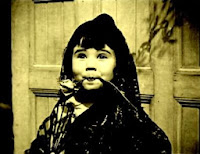 My distaste for child actors has never been a secret here on the blog, though I do have an affection for some (I always liked the Our Gang kids because they were just basically being kids onscreen)—and the first time I watched the Baby Peggy presentation back in December 2012 I had a little difficulty discerning what all the fuss was about.  The shorts that were shown—Carmen, Jr. (1923), Such is Life (1924) and Peg o’the Mounted (1924)—basically feature a cutesy kid mimicking grownup actions, and that sort of thing gets old with me real fast.  Such is Life avoids this some, but commits the cardinal cinematic sin of replacing funny with sticky-sweet.  It also doesn’t help that the shorts (again, Life is the exception) are one-reelers…or what preservationist David Kalat once correctly identified as “the ugly stepchildren of silent comedy.” 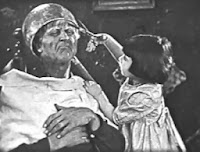 But since I was afforded the opportunity to see one of Cary’s feature films, Captain January, I’m getting a better understanding of the Baby Peggy appeal.  It’s probably her best-known movie, owing to the fact that it was remade in 1936 as a musical vehicle with legendary moppet actor Shirley Temple.  I really enjoyed watching the 1924 version; sure, it’s sloppy with sentiment and corny as Kansas in August but there are two factors in its favor at work: 1) the artistry of silent films (it was directed by one-time Buster Keaton crony Eddie Cline), and 2) it does not feature Shirley Temple.  January is an adaptation of the Laura E. Richards book of the same name (published in 1891), and features Peggy as an orphan taken in by lighthouse keeper Jeremiah “Daddy” Judkins (Hobart Bosworth).  Complications ensue when the sister (Irene Rich) of Peggy’s ma (who was lost at sea) has a chance meeting with the child, and identifies her as her niece.  (Quelle coinkydink!) 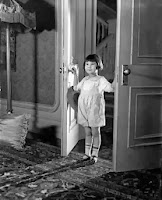 Diana Serra Cary’s life is briefly sketched out in The Elephant in the Room, and there are some wonderfully poignant moments in the documentary—with my favorite at the beginning, where she opens up her mailbox (in a row of identical boxes, the kind often prevalent in apartment complexes) to find a fistful of fan mail; she wistfully explains how a new generation of classic movie devotees have discovered her work and want to know more about her.  Cary’s tale is a sad if cautionary one; the woman made roughly two fortunes before she turned 11 (one stolen by a family member, the other wiped out in the 1929 stock market crash) and had nothing to show for all the work (and her memoir, Whatever Happened to Baby Peggy?, goes into excruciating detail of how she often toiled for eight hours a day as a child star, frequently working without a stunt person).  Movie fans know that a similar financial fate befell Jackie Coogan (Cary even penned a biography on her rival, Jackie Coogan: The World’s Boy King in 2004) and that steps were taken to ensure that money earned by child actors was squirreled away for their future (legislation that became known as the Coogan Act).  There were ways to get around this (there’s always a loophole, folks) and the law was eventually amended by the efforts of Cary and former Donna Reed Show actor Paul Petersen through the organization A Minor Consideration.

If you missed the TCM showing of Baby Peggy: The Elephant in the Room I’d heartily recommend the purchase of the Milestone DVD—particularly since Captain January and the other three shorts are part of the package, and I’d personally buy the disc for January alone (don’t make the mistake I did in not acquiring Milestone’s Marion Davies DVD release—which is now out-of-print, and so I missed the opportunity to see her feature film Quality Street).  Those of you who’ve been stopping by this ‘umble scrap of the blogosphere are well aware that silent cinema is a passion of mine, and The Elephant in the Room is a mesmerizing and informative chronicle of one of the most popular personalities of that era.
Posted by Ivan G Shreve Jr at 7:00 AM

Email ThisBlogThis!Share to TwitterShare to FacebookShare to Pinterest
Labels: Classic movies, Documentary, Milestone, Shorts and quarts, Silent movies, Sistahs are Doing It for Themselves, TCM