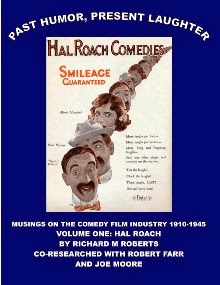 You may recall my mentioning back in May of this year that film historian Richard M. Roberts—a friend of the blog, and the Silent Comedy Mafia capo di tutti capi who keeps me honest whenever I’ve mangled a fact or two—has published a book available through Grapevine Video entitled Smileage Guaranteed: Past Humor, Present Laughter.  The first volume (subtitled Musings on the Comedy Film Industry 1910-1945 Volume One: Hal Roach and published by Practical Press)—part uno of a trilogy to come—deals with the “Lot of Fun,” better known as the Hal Roach Studios…and when I received news of this via e-mail I knew I would eventually have to acquire a copy. 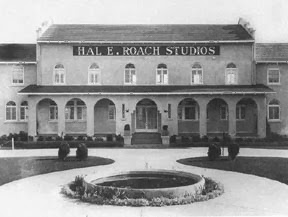 So I went out and collected pop bottles, mowed a few lawns…okay, I’m sort of making this up—but I did manage to save a penny here and there and purchase a copy of the book in the latter part of September.  I need to be upfront about this: I was a ready-made audience for this publication; I have had a lifelong love affair with the shorts and features that emanated from the Roach studio, whose stars included the likes of Harold Lloyd, Our Gang, Stan Laurel & Oliver Hardy and many, many more. 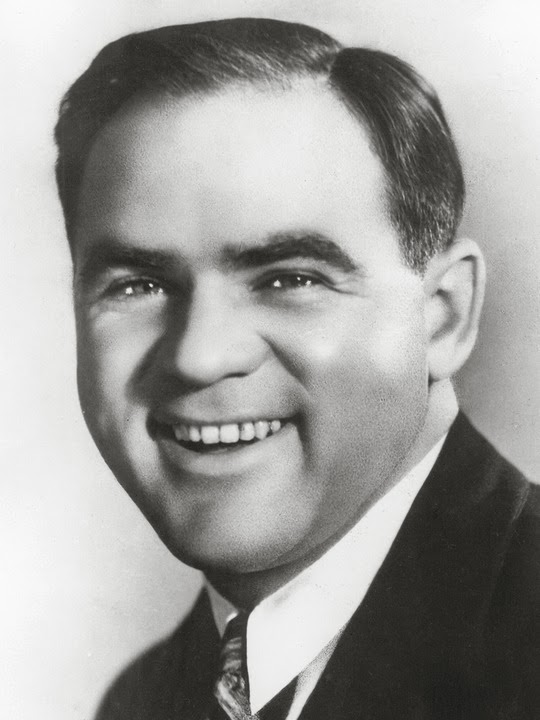 It’s a book that I would recommend without hesitation: comprehensively thorough and meticulously well-researched…with the added benefit of being profusely illustrated to boot (stills, lobby cards and a scrapbook courtesy of Roach employee Marie Mosquini).  (The author jokingly refers to it as “The World’s Longest Footnote.”)  The filmography alone is worth the price of admission, and the first one out there who dismisses this with a wave of the hand and a “Oh, that’s what the IMDb is for” I need to let you know right now we can no longer be seen hanging out together.

I do need to issue a major caveat.  While many of the individuals who starred in these wonderful silent and sound comedies are discussed in rigorous detail in Smileage Guaranteed’s multiple chapters, you’re not going to read long dissertations on the work of major stars like the aforementioned Lloyd, Our Gang or Laurel & Hardy.  The author acknowledges that their contributions to the “Lot of Fun” have already been covered exhaustively by other writers—Randy Skretvedt (Laurel & Hardy), Rob Stone (solo Stan & Ollie), Adam Reilly and Annette D’Agostino Lloyd (both chroniclers of Harold Lloyd)…and especially Leonard Maltin, who detailed the history of Our Gang with Richard Bann (The Little Rascals: The Life and Times of Our Gang), and touched upon Thelma Todd/ZaSu Pitts/Patsy Kelly (Movie Comedy Teams) and The Boy Friends (Selected Short Subjects) in must-have book collections.  (Leonard even contributed a nice rave for Richard’s book, which you can read here.)

While I would have loved to read Roberts’ take on the Boy Friends and Todd-Pitts/Todd-Kelly comedies (to his credit, he does briefly touch upon them in discussing other comics) I can certainly understand the necessary pruning: the present volume (as Maltin observed) is about the size of a large telephone directory, and Richard joked to me in an e-mail that he’ll have to start writing shorter books because of the stamina he needed to haul around copies of Smileage Guaranteed at various film festivals over the summer.  (He is now the most ripped film historian I know.)  The focus of the book is on additional performers employed by Roach, notably Charley Chase…whom Roberts has always emphatically argued should not ever be described with the adjective “neglected,” and I wholeheartedly agree.  Charley’s career at the studio is outlined in loving detail, and he also benefits from a filmography appendix at the end of the book that not only contains his Roach productions but other outside work (like his Columbia short comedies) as well. 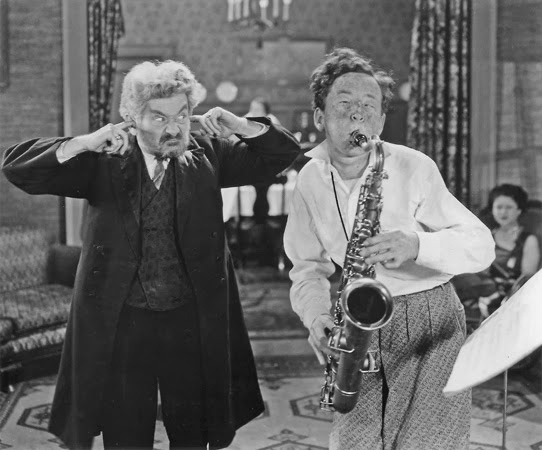 Richard also pays attention (for attention must be paid) to ‘Snub’ Pollard and Max Davidson; in fact, after devouring the section on Davidson I knew that I finally had to get off my duff and acquire that Edition Filmmuseum collection that I had been promising myself for ages I’d buy.  (I also bought the Female Comedy Teams discs, because I don’t like to break up a set.)  Other funsters mentioned in book chapters include Beatrice LaPlante, Eddie Boland, Paul Parrott (aka James Parrott, brother of Charley Chase), Will Rogers, Clyde Cook and Glenn Tryon.  I’ve a passing familiarity with some of these comedians’ works (the works that still survived, that is) but reading about them in greater detail might make you sad that their films are not more readily available.  One of my favorite chapters is “A Few Failed Female Funnies,” which mentions the attempt of the studio to make a star of personal favorite Martha Sleeper and a comedy team out of Anita Garvin (another fave) and Marion Byron.  The work of Mabel Normand during her brief stint at the Roach studio is also discussed…and again, I’d love to be able to see some of these films as they sound both fascinating and fun. 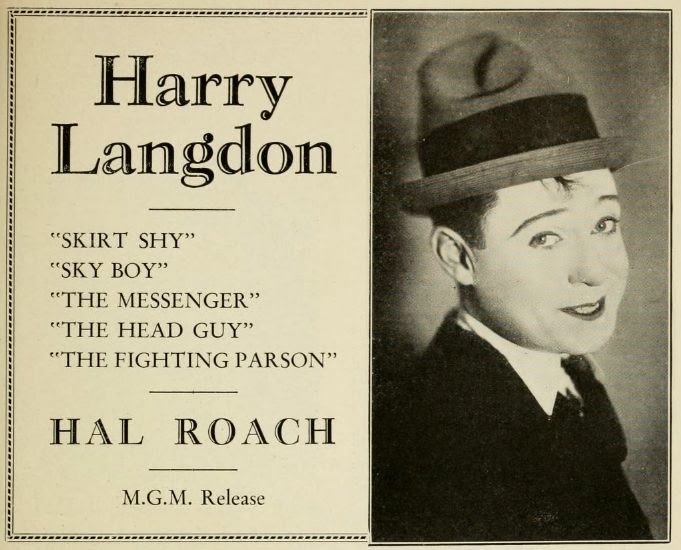 Roberts’ chapter on Harry Langdon’s stint at the Roach studios is an interesting one (and I learned one or two things of which I was not previously aware, which is always good) but while I love Langdon’s silent comedies and am fond of the occasional Langdon Educational and Columbia two-reeler, I’m probably one of the “haters” to whom Richard refers in that chapter because I just can’t warm up to his Roach comedies.  (I’m hoping that our mutual dislike for the Dippy Do-Dads and the Taxi Boys is enough to paper over this disagreement.)  My high praise for Smileage Guaranteed comes down to this: I like reading Richard’s criticism of the films and how he firmly believes that discussion of the subject of comedy should in itself entertain; it need not be just a dry and dusty film school dissertation.  E.B. White once observed that “humor can be dissected as a frog can, but the thing dies in the process and the innards are discouraging to any but the pure scientific mind.”  With Richard, there’ll be some dissection involved…but there’ll also be some other “cutting up” (if you’ll pardon the pun) when the professor’s not looking.

Mister Roberts is currently at work on a second volume of Past Humor, Present Laughter—which will outline the history of the curiously-named Educational Pictures comedy studio.  Will I purchase a copy of that when it comes out?—you betcha bottom dollar I will.  But for right now, if you’re anxious to find the perfect Christmas gift for that person in your family who adores movie comedy, I cannot stress enough the urgency of running over to Grapevine Video and snatching up a copy.  Smileage Guaranteed firmly occupies a prestigious position on the movie bookshelf here at Rancho Yesteryear…it’s simply a book you can’t be without.
Posted by Ivan G Shreve Jr at 12:30 AM