Getting a jump on the season 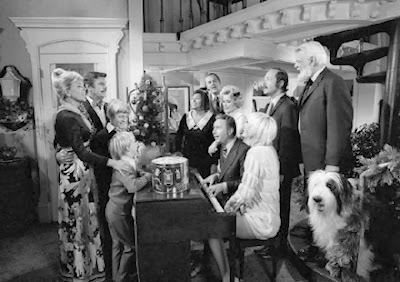 Well, with only a little more time before we officially hit the month of December, I figured I’d take this opportunity to gloat about the fact that I put more posts up here on the blog in November than any other month since January of this year...which probably makes sense, since it was at the end of that month that I was hired to write and edit for ClassicFlix.  I had time to get a chapter of Riders of Death Valley finished and I can also promise a new Doris Day(s) for Monday as well.  (I think I’ve finally got this “balancing of time” thing licked.) 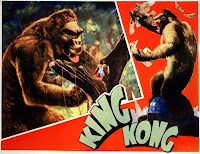 I’m gambling that in December I’ll be able to keep posting tidbits at least every two days; frequent guest reviewer Philip Schweier has also made some contributions that you’ll see beginning this week, plus I have made some DVD purchases (please don’t everyone be surprised at once) that I hope will result in essays soon.  This week, the Classic Movie Blog Association will host a blogathon entitled Film Passion 101; it will consist of personal essays from participating members on the films that made them ga-ga over movies.  My love affair with the flickers has sort of been told and retold ever since construction began on this little scrap of the blogosphere but I’ll be contributing a piece on The Greatest Monster Movie of Them All, King Kong (1933). 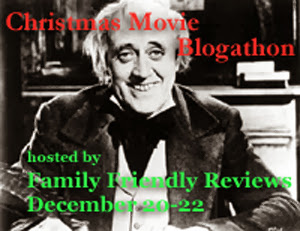 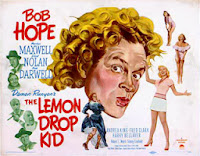 Chris at Family Friendly Reviews will also be hosting a blogathon from December 20-22 that will showcase Christmas movie favorites; and seeing that The Greatest Cable Channel Known to Mankind™ has stockings full of holiday-themed classics on tap it seems only fitting (get it?  Stockings?  Fitting?  Bueller?).  Thrilling Days of Yesteryear has already RSVP’d on this one, and my spotlight will be on one of my favorite Christmas comedies, The Lemon Drop Kid (1951).  (You are definitely encouraged to participate in this one if you so desire; the CMBA ‘thon, however, is a members-only deal.)

In the Look-What-Else-Santa-Is-Bringing-Me Department, this little Jim Dandy… 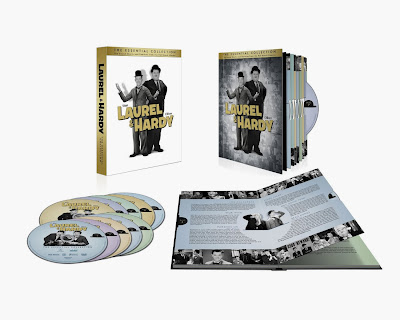 …is currently on sale at Amazon.com for $39.99, as I discovered to my delight whilst making a humble Christmas purchase for my nephew who’ll be spending his very first Yuletide out in the Pacific Northwest.  (It combines two of his kid passions: trains and Lincoln Logs.)  I can’t swear that the price on the Essential Laurel & Hardy Collection is the lowest it’s ever been but it’s definitely the lowest I’ve seen, and I would have been a fool not to snap one of these up.  (When I told my mother the news she was positively thrilled, it says here.)

No, even the thought of more discs crossing the threshold of Rancho Yesteryear cannot shake my mom’s good mood because my beloved sister Debbie and her husband (and niece Rachel) will be visiting for Christmas, and that’s all a mother could ask for.  (And when mi madre is in the best holiday spirit, she bakes a metric ton of cookies…and that’s all a son could ask for…)
Posted by Ivan G Shreve Jr at 11:30 PM

Thanks for the mention!

I wrote something about King Kong and the remakes too -- did you ever see the silent "The Lost World" (1925)? Some of the same people did the effects on King Kong 1933 and I found the story to be very similar too. Do you know about any connections there?

Thanks again for using the banners and links and I'm looking forward to your post!