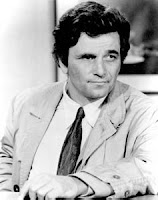 There was a TV anniversary in September that sort of slipped by me—well, that’s not technically true; I knew it was upon us but I was kind of preoccupied with toasting the golden anniversaries of The Defenders and Car 54, Where are You?—but my good friend J. Kingston Pierce at the blog for mystery and pulp fiction, The Rap Sheet, has been properly popping the champagne corks in honor of the 40th anniversary of The NBC Mystery Movie, which premiered on September 15, 1971.  He kicked off the celebration with a fantastic piece on the most popular and enduring segments of the “wheel series,” Columbo…and in successive weeks will take further looks at the other series that graced both the Sunday and Wednesday night “umbrella” shows until the concept was cancelled in 1977. 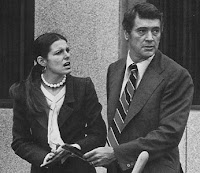 You’ll find this hard to believe, but there once was a time when my parents watched regular TV shows, simply because that godawful “reality programming” was not yet in vogue.  I’d sit down with them and watch The NBC Sunday Mystery Movie every week (I didn’t watch The Wednesday Mystery Movie as much, but my Mom did because she loved George Peppard in Banacek) except that I wasn’t able to watch all of the show and would have to find out the denouement in the morning over breakfast.  The problem with that was my Mom was usually rushing around the house like a madwoman, trying to get us ready for school…and as such, didn’t have much time for that kind “water cooler” talk.  So a lot of these episodes of series like McMillan & Wife didn’t come full circle for me until CBS started running them on their late-night schedule, when I was older and could stay up later. 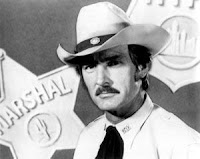 Jeff has always been a big TDOY booster—he even gave his readers a heads-up about the Dick Van Dyke Show blogathon even though it was a little out of his jurisdiction—and he asked me a couple of months ago if I’d contribute some recollections about watching The NBC Mystery Movie, allowing me to pick which segment was my favorite.  I liked them all, of course, but the one that still remains in my memory after all these years was McCloud, the crime drama (with liberal doses of comedy) starring Dennis Weaver as the fish-out-of-water New Mexico lawman riding herd on criminals in NYC…much to the endless consternation and frustration of his superior, Commissioner Peter B. Clifford (the incomparable J.D. Cannon).  (Even now, whenever I come across Cannon in a movie or old TV rerun—and this was before the practice became popular on Mystery Science Theater 3000—I’ll unconsciously bark “McCloud!”)  You can read a little more about my love for the series at The Rap Sheet here…but you might want to read Jeff’s first-rate background essay on the show first, in case you’ve never seen the series or need a refresher.  (I think we all could use a refresher from time to time.)

My grandpa was friends with J.D. Cannon's uncle and helped look out for him in his final years...J.D. would sometimes call my grandpa to talk over matters related to his uncle. Never met J.D., but from what my grandpa said, he sounded like a nice guy.

The pilot for "McCloud" bears a stunning resemblance to Clint Eastwood's "Coogan's Bluff." Purely coincidental I'm sure (sarcasm definitely on 11 for that one).

Coogan's Bluff was penned by TV writer Herman Miller, who gets the Created By credit on McCloud -- I'm not sure if that makes the show an adaptation of the movie, or just a very green-conscious case of recycling.

Interestingly (to me, anyway) Miller had a long career on the tube, but the Eastwood film appears to be his only feature script (he gets a Story credit on 1967's The Violent Ones, which mostly likely means he wrote the original screenplay, then was fired off the project), and what happens? This TV writer's one theatrical movie gets turned into a TV series.

I never really bought the relationship between Rock Hudson and Susan Saint James -- they were both likable but weak actors who had no chemistry -- but I watched McMillan and Wife for Nancy Walker.

My dad was a big Banacek fan, so that I was allowed to stay up for.